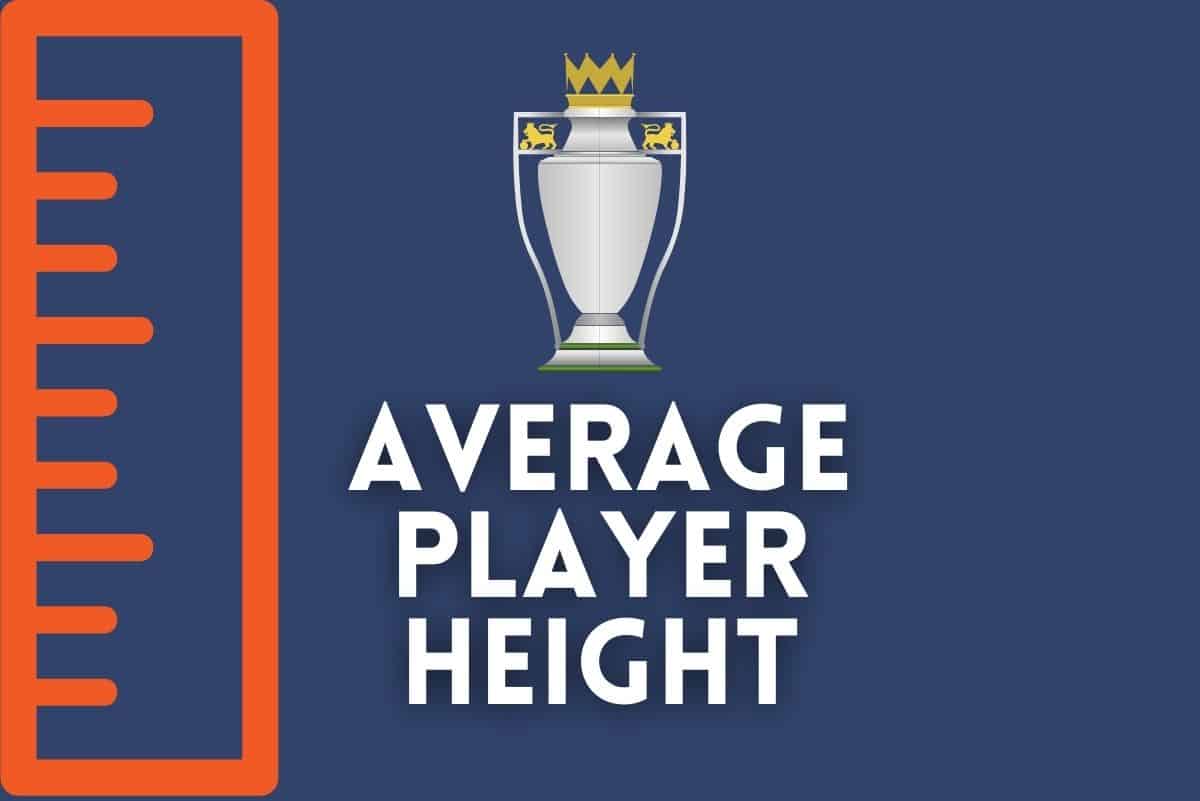 Any time you’re watching football with your mates, you can’t help but imagine being on the pitch yourself. You might be looking at Hugo Lloris punching a ball away from his area thinking how tall is the goalkeeper anyway? Could I have won that ball?

We’ve covered the topic of height before, including a post about football height by position. Let’s take a deeper look at the average height in the Premier League.

What is the Average Height of a Premier League Footballer?

The average height in the Premier League is 182.6cm. There are many footballers near this exact height including Christian Eriksen of Manchester United and Conor Gallagher of Chelsea FC.

Dan Burn (Newcastle United) and Fraser Forster (Tottenham Hotspur) are the tallest players in the Premier League. They both tower over attackers with a height of 201cm.

Burn and Forster are giants but you can read more to find out about the tallest Premier League players in history.

Tariq Lamptey and Ryan Fraser are the shortest players in the premier at just 163cm tall. The Ghanaian plies his trade at right-back for Brighton and Hove Albion while the Scot is a winger for Newcastle.

Funnily enough, the Magpies have both the tallest and shortest Premier League Players in their squad. Both of Lamptey and Fraser rank amongst the all-time shortest footballers in league history.

As expected, goalkeepers are the tallest players by position. The average height of keepers in the premier league is 190.7cm. That is more than 8cm taller than the average league footballer overall.

Brentford’s Matthew Cox is the smallest GK at 182cm tall. This is below the average height of all players in the Premier League. England and Everton’s Jordan Pickford is also on the shorter end with a height of 185cm.

Pickford is one of many small goalkeepers to find success in the Prem.

The average height of a Premier League Defender is 184.0cm. This is equal to the height of Everton CB Ben Godfrey.

Tariq Lamptey is the smallest Premier League defender at a cosy 163cm tall.

The average height of Premier League midfielders is 179.6cm. That is equal to the height of Man United’s attacking midfielder Bruno Fernandes.

Amadou Onana is the tallest midfielder in the English Premier League at a height of 195cm. He is taller than several goalkeepers in the league and he can be found winning aerial duels as CB for Everton FC.

The shortest midfielder in the premier league is Ryan Fraser. The Scottish footballer is a speedy winger packed into a tiny package at a height of just 163cm.

Wolves’ Saša Kalajdžić is the tallest forward in the Premier League. The Austrian towers over most defenders at a height of 200cm. Only two players in the entire league are taller than him (Dan Burn and Fraser Forster).

Also of Wolves, Daniel Podence is the smallest Premier League forward at a squirrel-like height of 165cm. The Portuguese international is only 2cm taller than the shortest defender in the league (Tariq Lamptey).