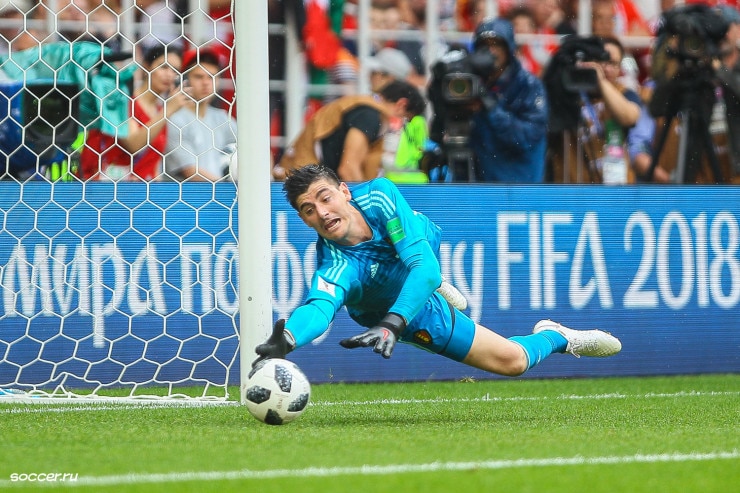 You might have already read our run-down of the shortest PL players past and present – now it’s time to look at the other end of the spectrum.

(NOTE: Had to make an EPL appearance to count as former player. Not included if contracted to a Premier League club but never played a first team league game)

Tied for the tallest footballer ever to play in England’s top tier is Romanian goalkeeper Pantilimon, who stands at a whopping 6ft 8in.

You probably remember Pantilimon best from Manchester City days, when he acted largely as understudy to Joe Hart between 2011 and 2014, before two seasons each at Sunderland and Watford.

Now 33, Pantilimon currently plies his trade with Turkish side Denizlispor, following a spell in the Championship with Nottingham Forest.

Pantilimon isn’t the only 6ft 8in footballer the Premier League has ever seen, though. Just about, anyway.

Because, courtesy of a last-minute substitute appearance on the final day of the season, 6ft 8in striker Traore also qualifies as the biggest footballer to grace the English top division.

Traore joined Everton on loan from Anzhi in January 2014, and scored within four minutes of his debut in an FA Cup win over Swansea the following month.

But a hamstring injury in the warm-up for the game at Chelsea the week after ruled out until the final game of the campaign at Hull, when he replaced Romelu Lukaku in the 89th minute of a 2-0 win.

Like Pantilimon, the 30-year-old is now based in Turkey, playing for second-tier side Bandırmaspor.

The Premier League’s go-to tall player, nomadic striker Crouch is the joint-second tallest player on the list, but easily the leading appearance-holder with 468.

Crouch, known for the odd acrobatic strike as much as his towering headers, netted 108 league goals in the top-flight across spells with Aston Villa, Southampton, Liverpool, Portsmouth, Tottenham, Stoke and Burnley.

He retired at the end of the 2018-19 season, finally laying to rest that iconic robot dance goal celebration in doing so.

Crouch wasn’t the only 6ft 7in striker to grace the Premier League, though – so too did Serbian giant Zigic, for Birmingham City.

Zigic joined Brum from Valencia in 2010 for a reported £6 million fee, scoring in the League Cup final against Arsenal as the club sealed their first major trophy since 1963.

He netted five league goals in what proved his first and only Premier League season, as Alex McLeish’s side were relegated on the final day.

He stuck with them for four more years in the Championship, though, and scored in Birmingham’s 2-2 draw at Bolton in May 2014 as they dramatically avoided demotion to League One with an injury-time equaliser.

And to complete a hat-trick of 6ft 7in former Premier League strikers, we have ex-Wolves forward Maierhofer, who spent two years at Molineux between 2009 and 2011.

The Austrian joined Mick McCarthy’s side following their promotion to the top-flight, but only scored one league goal in two years which also included two loan spells at Bristol City and MSV Duisburg.

Maierhofer is still going at 38, though, and recently joined German side Wurzburger Kickers, the 20th club of his career.

Going back a little further, 6ft 7in goalkeeper Feuer became the joint-tallest goalkeeper to play in the Premier League when he turned out for West Ham three times in the 2000-01 season.

This was the 49-year-old’s second spell at the Hammers, following two years at the club from 1994 to 1996 where he made no appearances.

Las Vegas-born Feuer is perhaps better known for his time in England’s lower leagues, where he represented clubs such as Luton Town, Peterborough United, Derby County and Tranmere Rovers.

Before Feuer equalled it, the accolade of tallest Premier League goalkeeper was held by German stopper Leese, who represented Barnsley in the top-flight nine times in 1997.

The 51-year-old joined the Tykes for £250,000 from Bayer Leverkusen following their promotion in 1997, and spent two years with them (the second of which in the First Division), making 21 appearances in that time.

It’s not just 6ft 7in strikers we have a hat-trick of in the Premier League – it’s goalkeepers, too.

Completing this trio is Dutch keeper Postma, who made 11 league appearances for Aston Villa between 2002 and 2005.

Postma, now 44, was then sold to Wolves, then in the Championship, before returning to his native Holland with ADO Den Haag in the summer of 2006. He is currently a goalkeeping coach at his final club, Dutch outfit AGOVV Apeldoorn.

Just behind them at 6ft 6in is former Bolton defender Michalik, who played in the Premier League 11 times for the Trotters between 2007 and 2008.

Michalik, who put Bolton ahead in their 2-2 draw at Chelsea in April 2007, later represented three more English clubs in Leeds United, Carlisle United and Portsmouth, Now 37, he is currently on the books of Slovakian outfit SKF Sered.

The 33-year-old came through at Pompey before establishing himself as Stoke’s number one soon after his move to the Britannia Stadium in February 2010, for a reported £3.25 million.

Five full seasons at the Potters followed, during which time the Bosnian established himself as one of the league’s best keepers (and rarest of goal scorers), before he moved to Chelsea in the summer of 2015.

At Stamford Bridge, he largely acted as Thibaut Courtois’ deputy, making 33 appearances in two seasons, before being sold to Bournemouth in May 2017.

Begovic is still with the Cherries, despite two loan spells at Qarabag and AC Milan during 2019-20, and following their relegation to the Championship last term and the sale of Aaron Ramsdale, he has since regained his place as the club’s number one.

And finally, it’s the man Begovic largely served under at Chelsea who completes our list.

Yes, the accolade for the current tallest professional football player in the Premier League is shared by players from the top-flight’s two South Coast clubs: Dan Burn of Brighton, and Fraser Forster of Southampton.

Both stand at a mighty 6ft 6in tall, and in the case of Seagulls defender Burn, you can see how he measures up with similarly colossal objects thanks to We Are Brighton’s ‘Dan Burn standing next to tall things’ page.

Burn has been a Brighton regular for much of the time since Graham Potter was appointed manager in May 2019, often deputising as a left-back when not in his natural habitat at centre-half.

Goalkeeper Forster is no longer Southampton’s first choice, and spent last season back at former club Celtic on loan, but his only Saints appearance this term (at time of writing) was at least memorable – a 1-0 win over Liverpool at the start of January.

Sheffield United midfielder Sander Berge is currently the tallest soccer player in the Premier League who is neither a goalkeeper or defender, measuring up at 6ft 4in (195cm).

The biggest football player ever may also be a shared award – between Belgian goalkeeper Kristof Van Hout, and Scottish forward Paul Millar, both of whom stand at an enormous 6ft 10in tall (208cm).

Van Hout, 33, has spent much of his career in his native Belgium, including spells with Genk, Standard Liege, KV Kortrijk and Westerlo, but also played in India during the 2014-15 season with Delhi Dynamos.

Meanwhile, 32-year-old Millar is best known for his time at Scottish club Elgin, where the story goes that the club had to elevate the entrance to the door when walking out on to the pitch because he kept hitting his head against it.

Millar, who is also a full-time fireman, has not played since leaving Deveronvale in 2016, having not properly recovered from a cruciate knee ligament injury suffered a few years earlier.