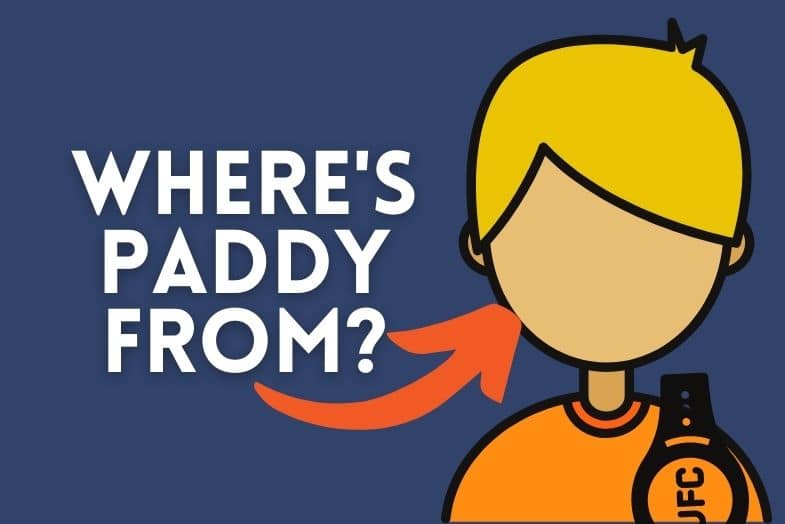 He’s one of the most iconic fighters in the UFC and is fast becoming one of the promotion’s biggest stars, with his incredible haircut, brilliant walkouts, extreme accent and, of course, entertaining fights.

He’s one of a growing number of British MMA fighters to invade the UFC in recent years and for many people outside the UK (and for many inside) his accent is something to behold.

Below we look at exactly where Paddy the Baddy is from.

Where is Paddy Pimblett From?

Paddy Pimblett is from the Huyton area of Liverpool in England.

However, Pimblett doesn’t associate with being “English” and prefers to say he is from Liverpool, Merseyside (the county that Liverpool is in) and refers to himself as a “Scouser” (the nickname given to people from Liverpool).

Many young people from the Liverpool area have become disenchanted with the rest of England and the UK due to many historical and recent political factors. Liverpool is a working class city with strong socialist roots that doesn’t align with the centre-right Conservative government that has mostly dominated UK politics in recent decades.

Indeed, Liverpool has seen a large number of Scouse singer-songwriters emerge from the city in recent years, singing primarily about life in the area. The most famous of these are Jamie Webster and Mason Owens.

One common misconception made by American MMA fans about Pimblett is that he is actually Irish. This mistake is very understandable given that he is called “Paddy” (short for Patrick) and has an accent that is barely decipherable to those on the other side of the Atlantic.

However, Liverpool and Ireland does in fact have a long historical connection, with the two places separated just 135 miles by the Irish Sea, with ferries passing between Dublin and Liverpool several times a day.

During the Irish Potato Famine in the 19th century, many people left Ireland for Liverpool and this is attributed to having had a significant impact on the evolution of the “Scouse” accent in the 20th century.

What Is Paddy Pimblett’s Real Name?

Although it may sound like a stage name, Paddy Pimblett’s real name is actually Patrick Pimblett, with “Paddy” being a common nickname for people called “Patrick”.