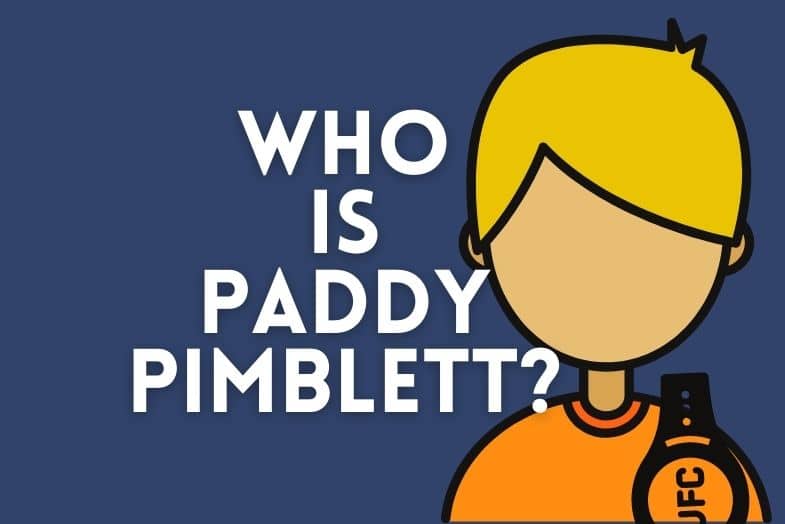 With his long blonde hair, unconventional fighting style and, of course, his unforgettable entrances to events, it’s not surprising that Paddy ‘The Baddy’ Pimblett is tipped to become one of the UFC’s next big stars.

But just who is Paddy, where is he from and what is the name of the amazing walkout song he comes out to? Let’s find out…

Who is Paddy Pimblett?

Paddy ‘The Baddy’ Pimblett is a Lightweight MMA fighter from Liverpool, England. Pimblett signed to the UFC in 2021 with a 16-3 professional record, having won both the Featherweight and Lightweight Cage Warriors titles – the first fighter since Conor McGregor to do so.

He is one of a number of fighters to have recently emerged from Liverpool and its surrounding area, including Darren Till, Tom Aspinall, Mike Grundy and, teammate, Molly McCann.

What is Paddy Pimblett’s Walkout Song?

Paddy Pimblett’s walkout song for MMA events is a mix of two House songs: Lethal Industry by Tiësto and Heads Will Roll by Yeah Yeah Yeahs.

In an interview with BT Sport, Paddy Pimblett revealed how this unique walkout song came to fruition:

“At the time, I was going out partying all the time and they [his walkout songs] were the type of songs I always used to listen to: House music.

“It was just a song I really liked: Lethal Industry. But it never dropped into a good song, it goes a bit stale.

“When I walked out to that… it goes off! It’s special, lad. It really is.”