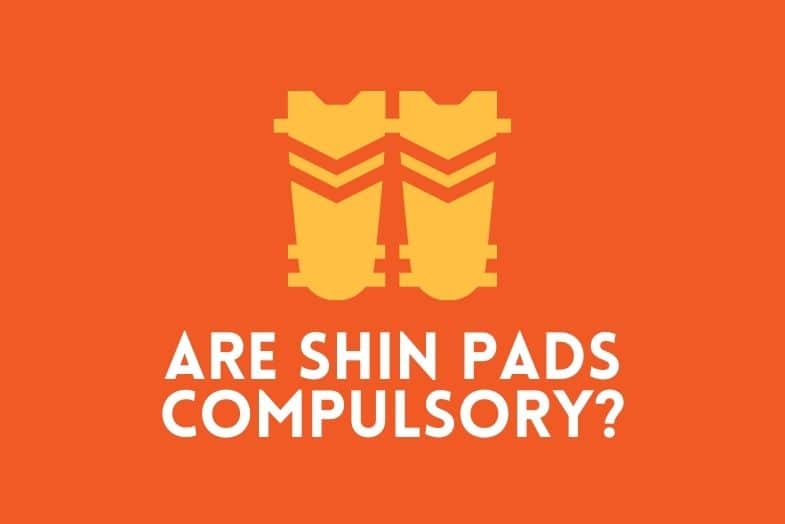 There are a few pieces of equipment that footballers can’t do without. They need a decent pair of boots to ensure they don’t keep losing their footing and they must be wearing the right kit.

These days, it also seems like a requirement for footballers to wear bras under their shirts. And while football fashions might come and go, Alice bands and gold chains spring to mind, some things remain the same. Currently, tiny shin pads are the craze in elite football.

But are shin pads compulsory in football? Let’s take a look at the shin pad rules in professional football and discover just how small they can be.

Can Footballers Play without Shin Pads?

In an official match, footballers are required to wear shin pads by the rules of the game. A referee can refuse to allow a player onto the pitch if they are not wearing shin pads to protect themselves from heavy contact.

In fact, referees can deny players from entering the field of play if any piece of their equipment doesn’t comply with the rules.

What Happens if a Player Doesn’t Have Shin Pads?

If a player doesn’t have shin pads they won’t be allowed to play. The referee has a responsibility to ensure players are protected from injury as much as possible. Players must find a pair of shin pads from somewhere, even if it’s from the gift shop, before they are allowed to step onto the pitch.

Referees aren’t just there to oversee the events during the game, they are also responsible for checking that players are wearing the correct equipment.

They must check that players aren’t wearing jewellery, their shin pads comply with the rules and they are wearing the right studs. Keeping Premier League players in check with all of their fashion choices and antics must feel like a full-time job for referees.

Why Are Shin Guards Used in Football?

Shin pads, or shin guards, are used in football to protect players from heavy contact when getting tackled. Without them, they are vulnerable to getting studded on the shin bone which is going to be painful and potentially leg-breaking.

It is written into the rules of football that players must wear shin pads as a means of protection. However, that is up for interpretation and modern players prefer to play with smaller guards.

When Did Shin Pads Become Compulsory in Football?

Wearing shin pads, or shin guards, became compulsory in football in 1990. FIFA declared them as a mandatory piece of equipment to protect players from rough tackles. The original idea of shin pads was to give the wearer more confidence that they could dribble the ball without suffering an injury.

You could argue they are less necessary in the modern game as the days of tackles flying in from every direction are gone. Players are much better protected by the rules of modern football compared to games as recent as the 1980s or ’90s.

Players often don’t like wearing shin pads because it can impact how they play. Many are turning to smaller and smaller pads to give a more natural feeling to their play when they step onto the pitch. Shin pads can stuff a player’s socks, making them tight plus they can diminish their first touch.

How Small Can Shin Pads Be?

There is no defined minimum shin pad size. FIFA’s shin pad rules simply state that they must be completely covered by a player’s socks and are made of rubber, plastic or a similar material. They must also “provide a reasonable level of protection” which is open to interpretation.