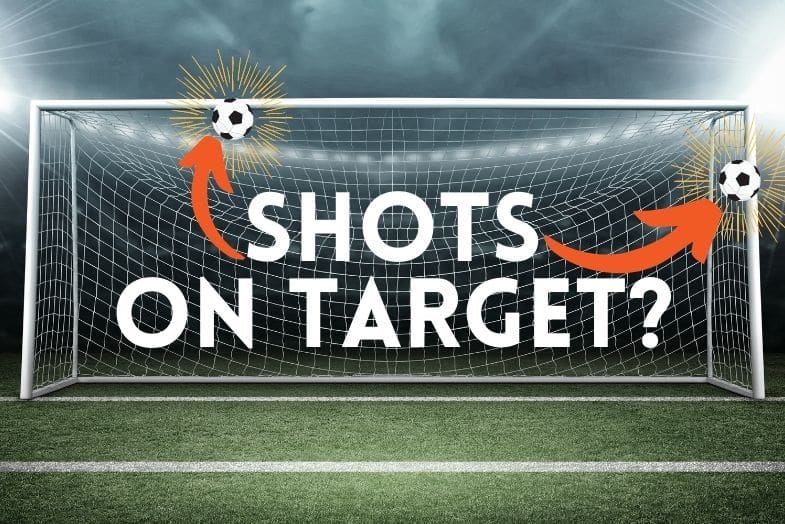 With data and statistics being an important part of modern-day football, shots on target have been a clear way to show how offensive a team has been during a match.

What Qualifies as a “Shot on Target”

A shot on target is any attempt on goal, regardless of intent, with a trajectory that goes into the net.

To be officially counted as a shot on target, the shot must be a clear attempt to score that would have gone into the net if it wasn’t saved by the goalkeeper or is stopped by a player who is the last-man – this is labeled as the ‘last block’.

To count as the ‘last block’ the goalkeeper must have no chance of preventing the goal and the player blocking the ball must be closest to their goal compared to any other defender.

A shot on target is defined as any goal attempt that goes into the net regardless of intent or is a clear attempt to score that would have gone into the net but for being stopped by the goalkeeper or by a player who is the last man.

If the ball is stopped by the last man, such as a goal-line clearance, and therefore does not go across the line and into the net, it counts as a shot on target too.

Does Hitting the Woodwork Count as a Shot on Target?

Hitting the woodwork (posts and/or crossbar) does not count as a shot on target if the ball does not end up in the net – consequently leading to a goal.

Are Headers Counted as Shots on Target?

Similar to a regular shot on goal, a header can be counted as a shot on target if the ball enters the goal or would have gone into the goal if not for a goalkeeper save or a last line block by the last man.

A defender scoring a headed own goal would not count as a shot on target as it is the defending player doing so.

Is a Goal Counted as a Shot on Target?

Whether the player who last touched the ball intended to score, the goal will still count as a shot on target. An example of this can be a goal as a result of a deflection from a defender, however, the initial shot must’ve been on target, to begin with from the attacking player.