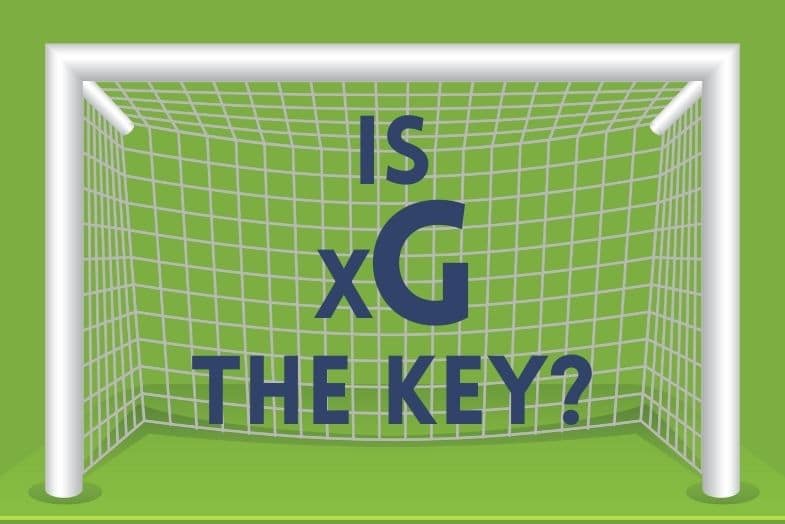 The majority of football fans will have become increasingly aware of the term ‘xG’ over the last couple of seasons, with a number of mainstream broadcasters including the BBC and Sky opting to use it as part of their post-match discussions.

Although there is still a degree of scepticism surrounding this metric, it has started to play a major role in football betting with many online bookmakers using these numbers to help form their pre-match odds.

xG can be attributed to both a team or an individual player and this can often help punters establish whether a side is under-performing or over-performing on a regular basis.

During the 2020-21 campaign, Brighton repeatedly over-performed and, despite finishing 16th in the Premier League table, their xG numbers suggested that they were easily capable of a top half finish.

Graham Potter’s men were often featured amongst many Premier League predictions as a result, and having won three of their opening four fixtures this season, the Seagulls have subsequently been priced up at 10/11 for a top-half finish in the Premier League betting with Betfair this time around.

In Brighton’s case, the xG may have proved to be a little misleading, however, it did strongly highlight the fact that the Sussex club were potentially just one potent striker away from becoming a top-ten contender. It is a metric which is constantly evolving and it allows us to analyse the quality of chances created by both teams, and also whether an individual performer should be scoring on a more frequent basis.

A high xG number will be created by a team who manage to carve out several high-quality chances, whereas a low xG will be attributed to a side who created barely anything.

Across an entire season, xG does tend to level out, and the majority of Premier League sides during the 2020-21 campaign, with the notable exception of Brighton, finished in roughly the correct position according to Infogol’s statistical model.

How to Avoid xG Pitfalls?

xG gives us a valuable insight into team performances and allows those who make predictions to semi-accurately forecast future outcomes. However, there are a small number of drawbacks to solely relying on this increasingly popular metric.

The data can be skewed on a match-by-match basis, with red cards and key injuries just two of the factors which may drastically shift the pattern of play. xG numbers tend to be vastly inflated when a team is playing against ten men, whereas xGA, which measures the quality of chances conceded, can be altered by enforced defensive upheaval.

Managerial changes may also have a significant effect on xG numbers with a newly appointed coach often keen to tighten things up at the back. A team who are giving up good quality chances may suddenly become watertight following the hiring of a defensively-savvy organiser. As a result, it is important to work on a match-by-match basis and to not simply rely on the seasonal average.

League One Burton Albion were a prime example of this last season, with the return of Jimmy Floyd Hasselbaink helping to transform the Brewers into a defensive behemoth.

The Staffordshire outfit had conceded 45 times in their opening 21 matches and their xGA numbers were comfortably the highest in the division.

However, under the former Chelsea striker, they significantly tightened up at the back and conceded just seven times between mid-January and mid-March. As of March 18th 2021, their seasonal xGA was 1.48, however, it was down to just 1.02 across their previous four games and continued on its downward trend throughout the remainder of the campaign.

Anyone who happened to glance at the seasonal xGA data would have assumed that JFH’s men were defensively vulnerable, however, with the exception of their final day defeat to Oxford, they proved to be incredibly tough to break down during the second half of the season.

xG is an incredibly important tool and having recently entered the footballing zeitgeist, the quality of data is likely to improve over the next few seasons. If used effectively, this statistical analysis can be used to make quality and accurate predictions about forthcoming fixtures. However, xG and xGA does not always necessarily tell the full story and punters cannot afford to exclusively rely on this in order to extrapolate value from Premier League and EFL betting markets.