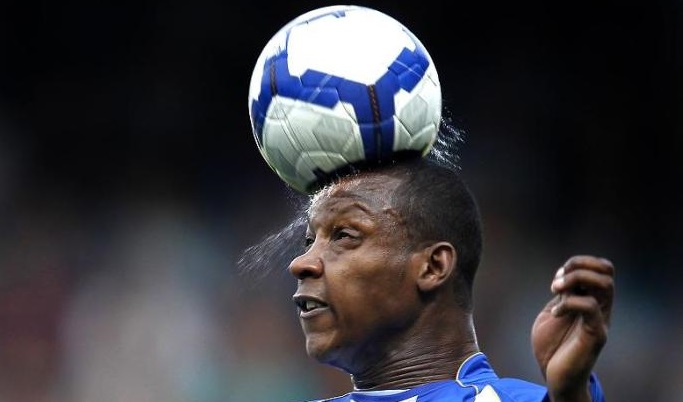 From Messi to Ronaldo, Xavi to Pirlo, Maldini to Puyol and countless more, the Champions League has showcased football’s greatest talents on the grandest stage ever since it began in 1955.

But for every legend of the tournament, there is another anomaly; the sort of player who would have you racking your brain wondering when in their careers they walked out to the sound of its timeless anthem.

So, should ‘Champions League footballers’ ever come up as a Pointless category, for instance, these are ten players bound to be low scorers:

Not only did the nomadic winger play in Europe’s most prestigious competition for Liverpool, but he also started in the Reds’ 2007 defeat in the final to AC Milan.

Pennant said he was named man of the match, too, although the official accolade was given to Milan’s match-winner, Filippo Inzaghi, so we can only take his word for it.

Since leaving Billericay in 2017, the 36-year-old has appeared on the Jeremy Kyle Show and Celebrity Big Brother. Not your average career path for a former Champions League finalist, then.

A man whose career will be forever be characterised by that unforgettable own goal in an FA Cup defeat at Burnley, Traoré not only represented Liverpool in a Champions League final like Pennant, but went one better to claim a winner’s medal.

Though the left-back was far from a stand-out in a defence which, of course, conceded three first-half goals that night, Traoré ultimately went on to win the greatest prize in club football that night, in one his 141 Reds appearances.

He spent one more year at Anfield before moving to Charlton Athletic in 2006, and spent the rest of his career in England, France and America, where he has been assistant coach of Seattle Sounders since 2016.

English football fans’ most recent memories of Givet will probably be his four-year spell with Blackburn Rovers, but not everyone will remember that the Frenchman also featured in a Champions League final prior to his spell in Lancashire.

Givet, who also won 12 caps for France, started in central defence for Monaco in their final clash with José Mourinho’s FC Porto in 2004, but had a night to forget as his side ran out 3-0 losers.

Often depicted as a symbol of Manchester City’s lack of quality in the pre-Abu Dhabi era, Samaras spent two years at the Etihad Stadium before heading north to join Celtic in January 2008.

His six-year spell in Scotland was far more successful, during which time the striker made 33 Champions League outings, scoring ten times (including qualifiers), most crucially in a 3-2 group stages away win at Spartak Moscow in 2012, which remains the last time Celtic made it past that round of the competition.

After returning to England to spend a year with West Bromwich Albion in 2014, Samaras, 34 later played for Rayo Oklahoma City, Real Zaragoza and Samsunspor of Turkey.

Across Glasgow, Rangers right-back Whittaker was another surprising Champions League regular during his time at Ibrox, making 20 appearances (including qualifiers) in four years in the competition.

But his more memorable European contribution for the Gers came in the Europa League, when he scored in a quarter-final win at Sporting Lisbon in 2008 on their way to the final.

Whittaker left Rangers after they were liquidated in 2012, and went on to spend five years at Norwich City before returning to Scotland with Hibernian, where he is still a regular at 35.

Despite spending the bulk of his career in the EFL, 31-year-old goalkeeper Hamer will retire with at least one Champions League appearance to his name, thanks to Leicester City’s title triumph in which he played no part.

Indeed, while Claudio Ranieri led the Foxes to the most unlikely Premier League success in 2015-16, Hamer’s only football that season came in his five on-loan appearances at Championship side Bristol City.

But Leicester becoming champions qualified them for the next season’s Champions League, of course, and Hamer was afforded an outing in their last group stage match at FC Porto, with qualification to the last 16 already secured.

In what proved to be his only Leicester appearance that season, too, it turned out to be a night to forget, though, as they were thumped 5-0 in Portugal, and had the worst ever defeat by an English team in the Champions League inflicted on them.

Rightly or wrongly, Titus Bramble became something of a figure of fun during his career, including having the slightly harsh nicknames ‘Titus the Terrible’ and ‘Titus Shambles’ coined at his expense.

But he can at least claim eight Champions League appearances during his time with Newcastle United as they reached the second group stage.

Bramble, in his early 20s at the time having just joined from Ipswich Town for £6 million, featured in wins over Juventus, Dynamo Kyiv and Bayer Leverkusen.

He left Newcastle in 2007 for Wigan, before joining the Geordie’s fiercest rivals Sunderland, and then spent four years without a club until he joined part-timers Stowmarket Town in 2017.

You might not believe it if you had watched him in the last few years, but once upon a time, Darron Gibson was responsible for one of the most impressive goals of the 2009-10 Champions League for Manchester United.

Gibson’s long-range stunner put United further ahead on aggregate in their quarter-final tie against Bayern Munich in April 2010, and then scored in the Red Devil’s semi-final second leg against Schalke 04 a year later.

But he only made nine European appearances under Sir Alex Ferguson before moving to Everton in 2012, where his career began to gradually nosedive.

Gibson, 31, made only 28 appearances in his last four years on Merseyside, and moved on to Sunderland before his contract was terminated after being charged with drink-driving.

He is now a free agent, having been released by Wigan Athletic after just one season with the Latics.

Since moving on loan to Everton in 2011-12, and subsequently falling out with manager David Moyes, Drenthe has not made another European appearance.

He has gone on to play for six more clubs including Reading, Sheffield Wednesday and Sparta Rotterdam, who have just released him following promotion to the Dutch Eredivisie.

Once billed as ‘the next Pelé’, it probably tells you everything you need to know about how Freddy Adu’s career has panned out that he has made it on a list of surprise Champions League appearance-makers.

The 30-year-old forward has signed for 14 clubs in his time as a footballer, during which time he has played in three matches in Europe’s elite competition (including qualifiers) for Benfica.

That these were three of just 11 appearances for the Portuguese giants in four years at the club is again fairly indicative of how his career has fallen away, and he is now a free agent after Las Vegas Lights released him at the end of the 2018 season.