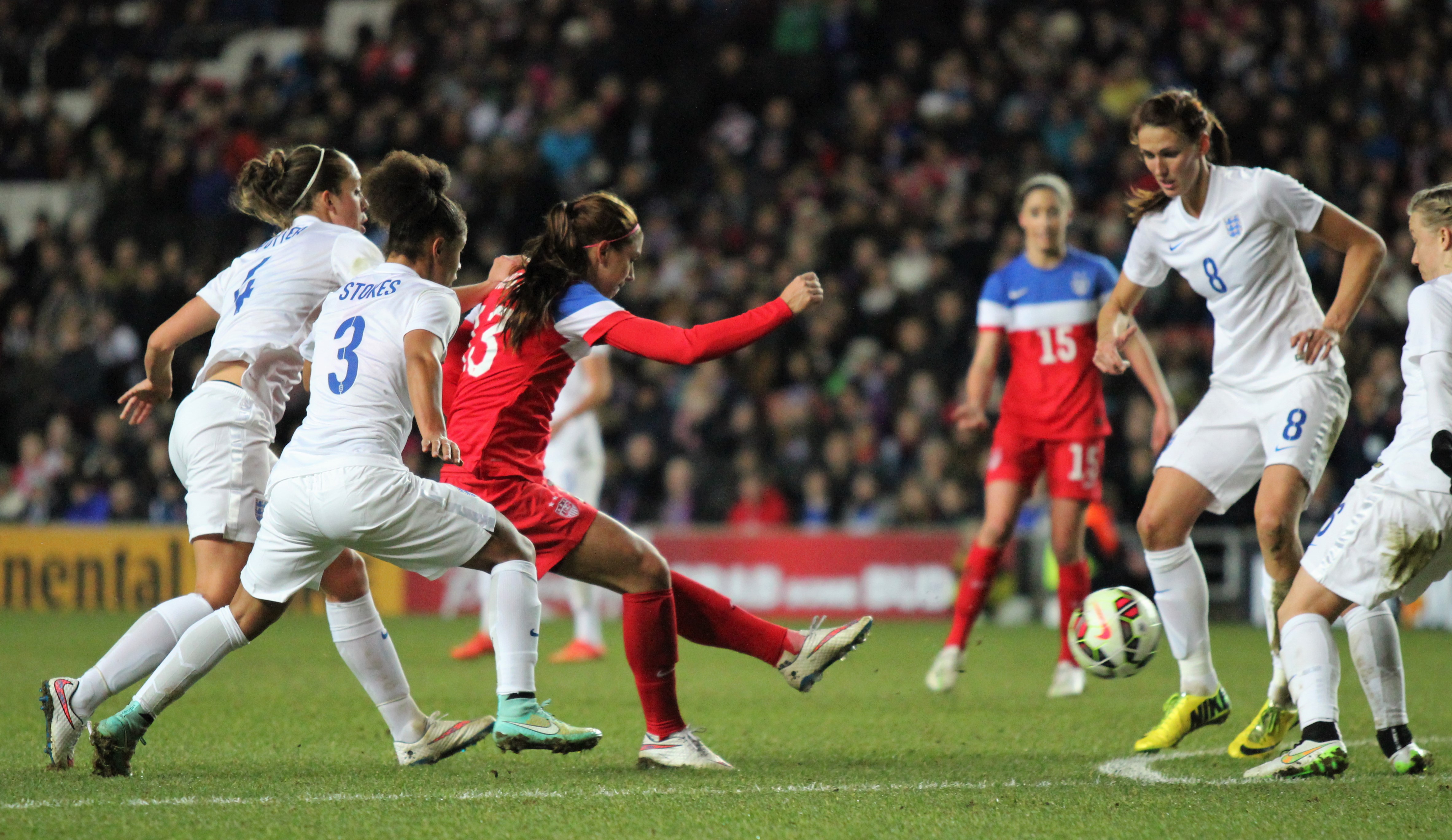 You’ve seen it all before. The slew of YouTube blooper reels from women’s football matches, the clips of Richard Keys and Andy Gray failing to contain their laughter at one such gaffe, the endless, trite conversations of the disparity between it and the men’s game.

In truth, for years, it felt almost patronising to applaud women’s football, as if any compliments sent its or the footballers’ way should be mitigated by: ‘It’s still incomparable to men’s football,’ despite simultaneously making a comparison between the incomparable.

But take these comparisons away from it, and women’s football is evidently on a steady growth, both in skill and popularity.

A long way, certainly, and in a fairly short amount of time, too.

In March 2019, for existence, a match between Atletico Madrid and Barcelona saw the record attendance for a women’s football match broken, as a crowd of 60,379 surpassed that at Goodison Park on Boxing Day 1920, when Dick Kerr’s Ladies played St Helen’s Ladies in front of 53,000.

That turnout in Madrid was far from an anomaly, though. In the same month, Juventus and Fiorentina women played in front of 39,000 fans, smashing the previous record for an Italian match of 14,000.

And in April 2019, the French attendance record was broken, too, when Lyon’s title decided against Paris Saint-Germain was watched by 25,907.

In England, meanwhile, 43,624 turned out for the 2019 FA Cup final between Manchester City and West Ham United, about 2,000 less than the record-breaking attendance in the previous season’s final.

And of course, the 2019 Women’s World Cup has also been afforded greater coverage than any previous major tournament in the sport, while 14 of the 52 matches have sold out, according to FIFA.

Meanwhile, opportunities are growing for some of the sport’s leading lights. Former Arsenal right-back Alex Scott is now a regular pundit for Sky Sports and the BBC, while some of her fellow ex-pros, such as goalkeeper Rachel Brown-Finnis and forward Sue Smith, have enjoyed similar roles in the media.

The obvious next step, then, is a significant move into the men’s game, which would hopefully give others a path to follow.

Emma Hayes’ time as manager of Chelsea Women, for instance, has seen her lead the club to league and FA Cup doubles in both 2015 and 2018, and a narrow semi-final defeat in the 2018-19 Champions League to eventual winners and women’s football giants, Lyon.

It was little surprise, then, that Hayes was a prominent figure in the conversation as to who should replace Chelsea’s men’s team manager, Maurizio Sarri, following his departure to Juventus in June 2019.

John Herman, who was named Canada men’s national team manager in 2018 after seven years in charge of the women’s side, stands out as one of few exceptions rather than the rule. Surely, though, an even more high-profile move into the men’s game is a case of sooner rather than later; if not for Hayes then someone else making their way in the woman’s game.

Why Do People Keep Comparing It To Men’s Football?

Because, at least for the layman, it’s an obvious, if often unfair, comparison to draw.

Considering the sport was banned in the UK by the FA from 1921 until 1971, the progress women’s football has made since then has been enormous, even if it still seems to be overshadowed by the men’s game too often.

The disparity in resources is as evident as it is eye-watering – current holder of the Ballon D’Or, Ada Hegerberg, topped a list of highest-paid female footballers in France Football magazine in April 2019, earning a reported £343,000 a year. Lionel Messi earns roughly 326 times that amount in the same time frame.

Not to mention the lack of opportunities for coaching for young girls who want to become footballers either. Jacqui Oatley, who became Match of the Day’s first female commentator in 2007, summed this up perfectly in journalist Michael Calvin’s 2018 book, State of Play, saying: “A lot of female goalkeepers haven’t had any specialist coaching, until about sixteen, seventeen.

“People who laugh at female goalkeepers chucking one in do not appreciate that it’s not a level playing field. It’s lazy criticism.

“Show me Peter Schmeichel if he’d never had any goalkeeping coaching until he was 16 or 17. Would he have still been that iconic goalkeeper we saw? No, of course he wouldn’t.

“At that age it is almost too late to teach good habits.”

Taken on its own merits, women’s football has a great deal to offer in both skill and entertainment; even a passing observer of the 2019 World Cup could notice as much.

Perhaps the aim should be simply more about expanding and improving itself, then, rather than constantly being told it is fighting a hopeless battle with its male counterpart.