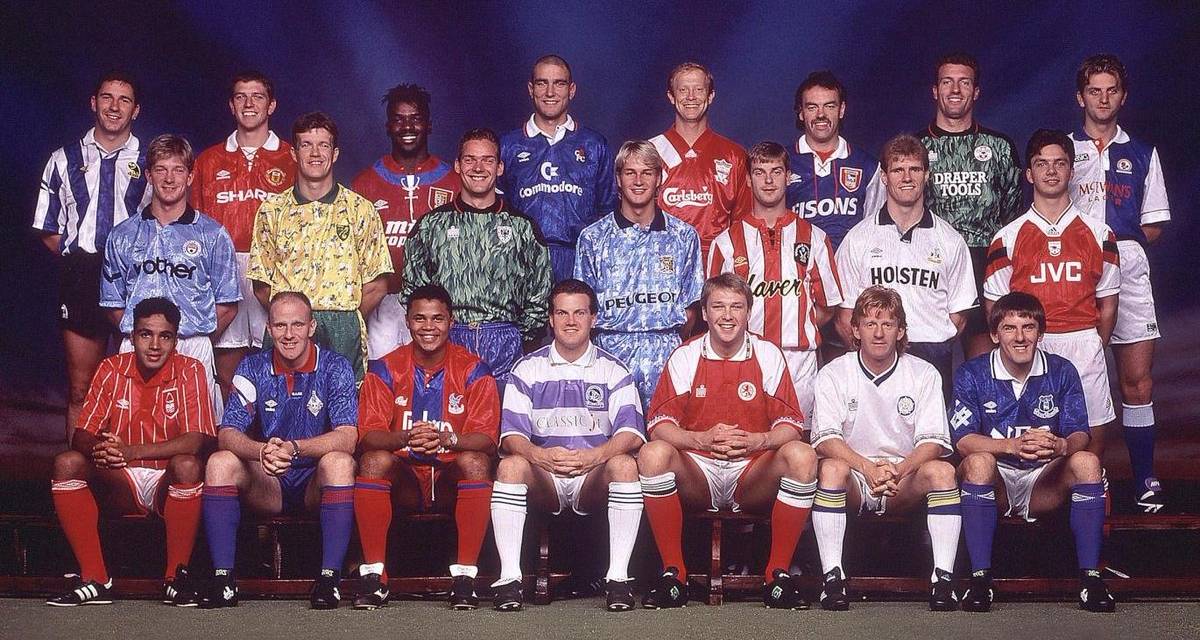 Despite sweeping rumours suggesting the contrary, English football did not, as a matter of fact, begin with the inception of its money-spinning utopia, the Premier League.

Generating more than £2 billion a season in revenue, and boasting a global audience in excess of three billion, the Premier League, is simply one of sport’s grandest stages; Barclays or non-Barclays, Mourinho or non-Mourinho, VAR or non-VAR.

When Was the Premier League Formed?

The Premier League was officially founded on February 20, 1992, after clubs in England’s top tier, the First Division, decided to break away from the Football League, founded in 1888.

But the plans for a new ‘super league’ boasting all of England’s elite clubs had been in place long before they finally came to fruition:

Who Formed the Premier League?

But there were plenty more parties involved behind the scenes in its creation.

Among the clubs’ main motivations for creating the Premier League was the incentive of an incredibly lucrative television rights deal. Greg Dyke, then-managing director of London Weekend Television (LWT) hold already spoken in 1990 about the financial advantages of screening the biggest English teams’ matches on national television.

Their hand was strengthened further when they received the backing of the Football Association (FA), who often found themselves at odds with the Football League and so took this opportunity to potentially weaken them significantly. The FA released a report in June 1991, entitled ‘Blueprint for the Future of Football’, which detailed the plans for the Premier League and its unequivocal support behind them.

A proposal for a new league was then tabled following the end of the 1990-91 season, with the Founder Members Agreement signed on July 17, 1991 by the clubs involved, establishing its commercial independence from the rest of the English football pyramid.

A year later, the First Division clubs resigned from the Football League, before the ‘FA Premier League’ was formed as a limited company working out of an FA office. The stage was finally set for its debut season; the 1992-93 campaign.

How Has the Premier League Changed Since Its Inception?

For starters, it has enjoyed an exponential growth in revenue from broadcasters.

In May 1992, the league signed a contract with Sky and the BBC worth reportedly £304 million. In August 2019, by comparison, the Premier League’s overseas broadcasting rights from 2019 to 2022 rose by 35 per cent to roughly £4.35 billion (though the impact of the 2020 coronavirus pandemic may have diminished this)

The Premier League has also gone through multiple name changes:

The Premier League has also reduced its number of teams from 22 to 20 since forming; a change which came into effect from its fourth season, 1995-96. This was partly to compensate for the expansion of the Champions League, but also due to a directive from FIFA, who then wanted another reduction to 18 in 2006, but to no avail.

Initially, the Premier League only allocated one qualifying place for the Champions League; that, of course, went to whoever won the league that season. This was increased to two in 1996-97, three in 1998-99, and four in 2001-02. Since 2007-08, all of the ‘top four’ have entered the Champions League group stages automatically, rather than any of them need to navigate any of the qualifying rounds first.

Other notable changes to the Premier League as far as individual matches are concerned include the naming of a maximum of seven substitutes instead of five from the 2008-09 season, and the introduction of goal-line technology from 2013-14 and video assistant referees (VAR) from 2019-20.

One thought on “Why Was the Premier League Formed?”