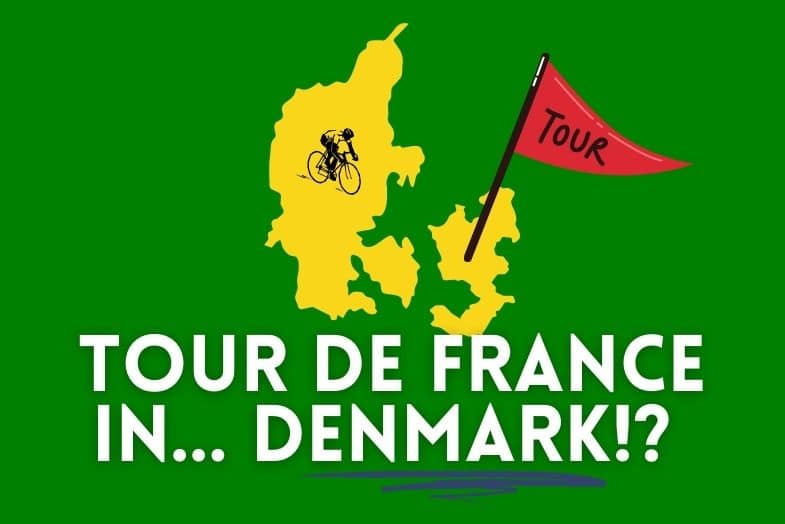 A person would assume that the Tour de France – cycling’s most prestigious grand tour – took place only in France. But that’s not the case.

And it’s not because they’re nipping over the border into their neighbouring countries for a short stint, which frequently happens. The start of the race frequently begins thousands of miles away from France in the likes of the UK, Ireland and, in 2022, Denmark.

So why is the Tour de France in other countries and why is the race starting in Denmark in 2022?

Where is the Tour de France Starting in 2022?

The Tour de France route changes each year, but in 2022 it’s starting in Copenhagen, the capital of Denmark. This is the first time the Tour de France has been to Denmark, but it’s the 23rd time (out of 109 editions) that the Tour has started in another country.

Why is the Tour de France Starting in Copenhagen?

Like other major sporting competitions such as the FIFA World Cup, countries can submit their bids to host the opening stages of the Tour de France. However, there is no structured bidding process and it ultimately comes down to the event organisers to decide on the location. The starting location (known as the “Grand Départ”) is typically revealed two years before the start of the event.

Why Does the Tour de France Start in Other Countries?

The first Tour de France that started outside of France came in 1954 when the event began in Amsterdam, Netherlands. The Tour starts in a different town each year, but the decision was made to let other countries host the event in order to increase international interested in the Tour.

What is the “Grand Départ” in Tour de France?

The Grand Départ (which translates to the “great departure” in English) is the name for the place that hosts the start of the Tour de France in a given year. The starting location changes each year and typically hosts the first three stages before the Tour moves elsewhere.

Which Countries Have Hosted the “Grand Départ”?

Other than France, 10 other countries have hosted the first stages of the Tour de France, known as the Grand Départ.