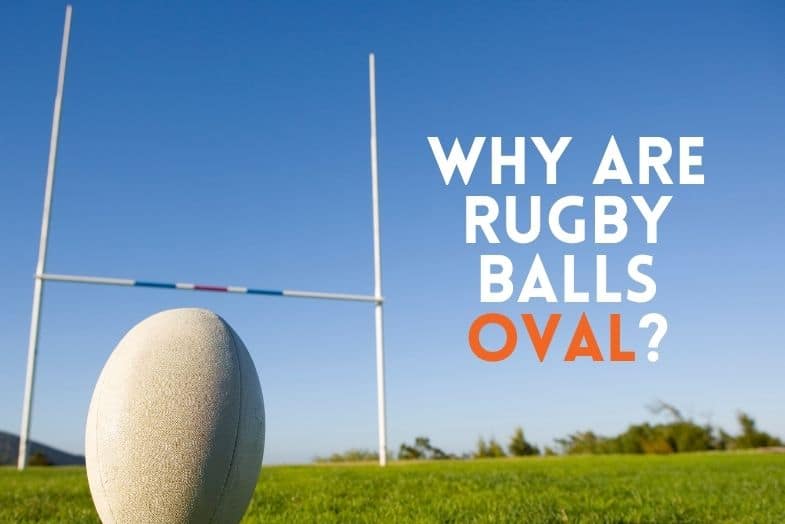 Rugby is one of the world’s most loved sports, with different formats of the game being played across the globe. The oval-shaped ball of Rugby has become a synonymous symbol of the game and is recognised everywhere.

But just where did this egg-shaped ball come from? And why is it this shape? Has it always been this way? And can we really call it a ball?

Rugby originated at Rugby School in Warwickshire, hence the name and in 1832, the first rugby balls (which were spherical) were made by two men called William Gilbert and Richard Lindon, who had shoe and boot making businesses on either side of the school.

At first the men were solely making footballs for the school but the balls they were making ended up being used for the game of rugby. The balls were made with an inner-tubing of a pig’s bladder, with this the original rugby ball was shaped rather like a plum and a lot more like a football than the not round, rugby balls we know now.

When did Rugby Balls become Oval?

Rugby balls became oval somewhat by accident. When testing new materials to make rugby balls with, Richard Lindon settled on using rubber innertubes rather than pig’s bladders in 1870. However, the pliability of the rubber caused the balls to change from a spherical shape to an oval one.

Richard Lindon would go on to claim he invented the oval shape of the rugby ball, despite his changing of material that did it all for him.

Why is the Rugby Ball “Egg-Shaped”?

The ‘egg-shape’ partially comes from when Lindon changed the inner tubes to be made of rubber, and this was when the balls originally became oval shaped.

To create the true ‘egg’ came from the pig’s bladders, which Lindon still used to make the outers or the balls, this material, along with the rubber inners and strong hand-stitching used to pull it all into shape, helped truly form the ‘egg’ style rugby ball we know today.

Why is the Rugby Ball called a “Ball”?

A rugby ball is called a ball due to its origins. Rugby, in its roots, began life as a football and this is why the governing body of the sport, the RFU, is known as the Rugby Football Union.

When Richard Lindon started making things for Rugby School, he was making footballs, and these are the balls that would go on to become the famous not round, rugby balls.

As time has gone and the game has developed, we have ended up with the rugby ball we have today, but the roots and origins of the ball remain in football. So even after all this time the rugby ball has continued to be known as a ball, despite its shape today, and will continue to do so.

So, to wrap it up, rugby balls began life as footballs in the 1800s, but due to a change in material and the use of rubber from a certain Richard Linton, they became a lot more ‘egg’ like and slowly overtime became the oval of the rugby ball used all over the world today.