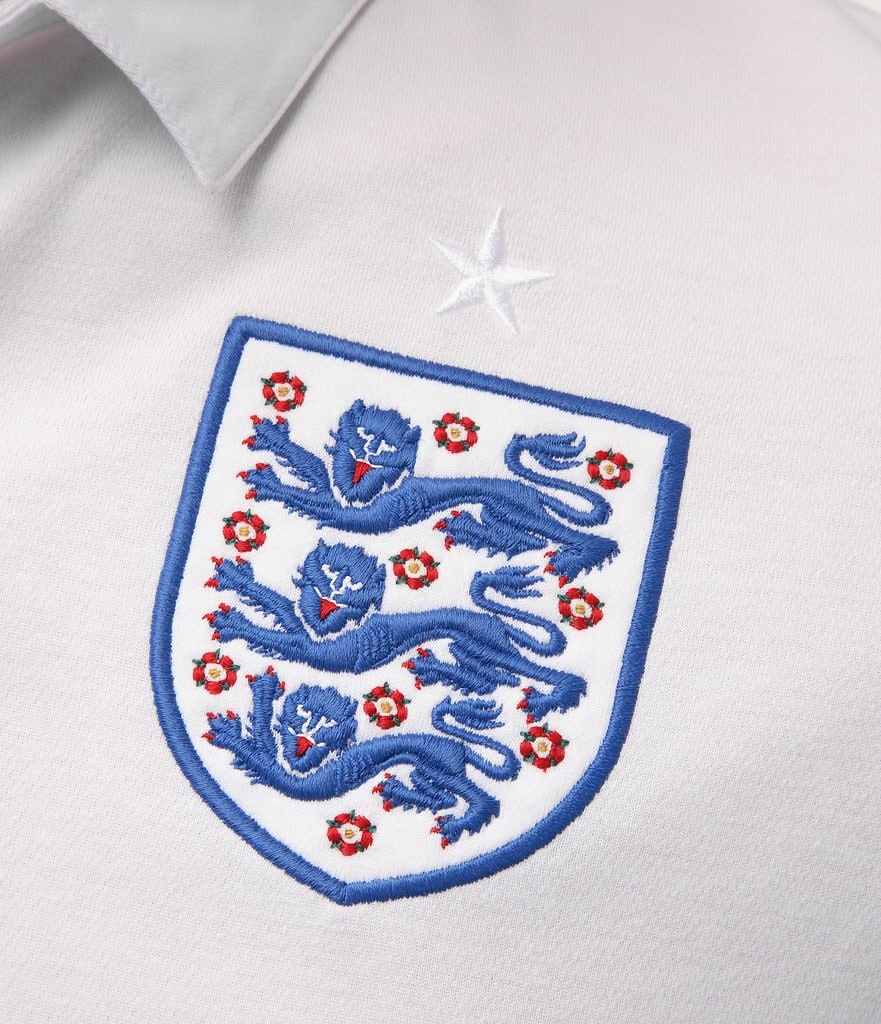 It’s as synonymous with the England national football team as the brass band at every (pre-COVID) match and inevitable tournament disappointment. To paraphrase Baddiel and Skinner, there are, of course, ‘three lions on a shirt’.

But why is England called ‘The Three Lions’? Where does this particular nickname stem from? Let’s find out:

Why is There Three Lions on the England Badge?

In short, because they are representatives of the Football Association (FA), who have also always had three lions on their logo.

The FA formed in 1863, nine years before England’s first international match – against Scotland in 1872.

Since the FA’s original logo, the design has only changed twice: in 1949, when the crown on top of the lions was removed to differentiate itself from England cricket team’s badge, and then in 2013 – albeit only temporarily, to commemorate their 150th anniversary. The crest was changed to gold to mark this.

There is another quintessentially English feature on the football team’s badge – ten Tudor roses, which symbolises Henry VII uniting the houses of Lancaster and York after the Wars of the Roses.

Where the association with three lions comes from, though, dates much further back than the 1800s.

The history of the lions goes as far back as the 12th century, at the start of the age of heraldry, in fact.

Henry I, also known as ‘the lion of England’ whose royal arms depicted a single, rampant golden lion on a red field upon his becoming King of England in 1100.

He was married to Matilda of Scotland from 1100 until her death in 1118. Three years later, though, he wedded Adeliza of Louvain, whose father also had a lion on his shield. To commemorate their marriage, he added a second lion to his standard. And two became three in 1154 when Henry II married Eleanor of Aquitaine, who also had a lion on her family crest.

Later that century, Henry II’s son and successor to the throne, Richard the Lionheart, used the three golden lions on a scarlet background as an emblem of the English throne (despite hardly spending six months in England during his nine-and-a-half-year reign). It has appeared on the Royal Arms of every monarch since.

So, when the FA formed in 1863, it seemed logical to base their logo on the royal shield, which has also been used as a battle standard both in England and in conflicts overseas.

Though, royal crests including lions was not invented by the English. Similar symbols had previously been adopted by Danish Vikings, Saxons, Normans and, in the sixth and seventh centuries, in Gaul and Northern Italy.