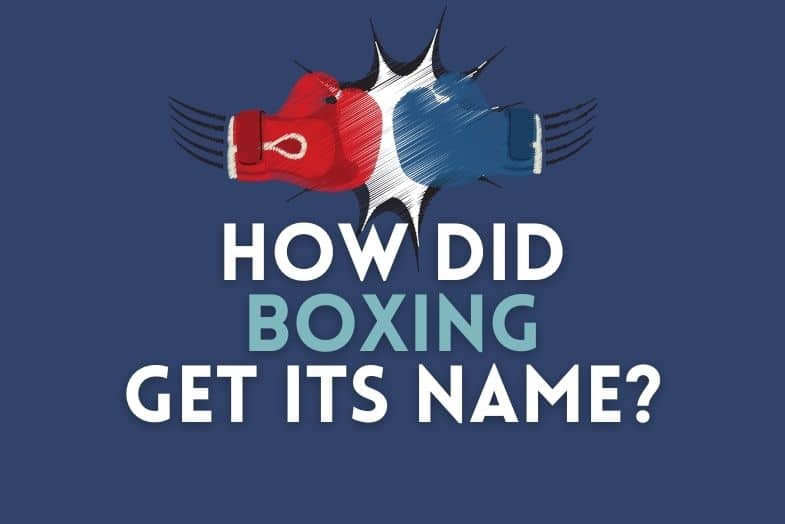 Since the dawn of time, fist fighting found its place within the various civilizations that appeared on the face of the planet, even if in different shapes and forms.

Nowadays, we’re all familiar with the sport of boxing. Two gloved fighters throwing punches at one another with each trying to knockout his opponent or at least outscore him on the judge’s scorecards.

But when was this sport invented? Why is it called ‘boxing’? And what is the meaning behind some of its alternative names?

Let’s head back to antiquity to find out

When Was Boxing Invented?

The origins of boxing date back at least to the second or third millennium BC, as ancient Egyptian depictions showed two Sumerian fighters practicing fist fighting in the presence of crowds in attendance.

However, it was the Greeks who somewhat legitimized the sport, by adding it to their infamous Olympic Games in 688 BC. Boxing is even mentioned in Homer’s ‘Iliad’, described by the author as a brutal sport.

Nonetheless, the sport remained popular during that era, although some rules were introduced in order to soften its savage nature.

Following the rise of Rome, the world was introduced to gladiator sports, with the two warriors fighting to the death. Eventually, the sport was abolished in 393 AD as it was deemed to be too brutal for that era.

In the end, it was in 16th century London where boxing resurfaced to the scene. According to LegendaryBoxing.com, English nobles with a passion for antiquity revived the sport, using it as a way to settle their differences. Each patron would support his own bare-knuckle fighter and put large wagers on the fight, creating what was known back then as ‘prizefighting’.

In 1743, Jack Broughton introduced the first ruleset to protect the health and safety of the prizefighters, and this is when the term ‘boxing’ was first used.

The sport would then greatly develop in the following centuries, and the Marquess of Queensberry rules adopted in 1867 played a key role in legitimizing boxing in the modern era, as the sport started to take the shape that we all know today.

Why is Boxing Called ‘Boxing’?

The origin of the term remains debatable, but ‘Boxing’ most probably derives from the sport’s original Latin name ‘Pugilism’. For its part, the term ‘Boxer’ derivates from its Latin origin ‘Pugil’, which is related to ‘Pugnus’, meaning ‘Fist’.

According to Britannica, Pugnus finds its origin from the Greek term ‘Pyx’, which in turn means ‘with clenched fist’.

On the other hand, some would claim that the term ‘boxing’ was introduced to describe the shape of the the circle ring which could resemble a box, but it a remains a less convincing theory.

As we mentioned above, the term was first used in England during the 18th century, and it appears that it was a case of a natural evolution of the word from an old Latin term to a modern English expression.

Other Names for Boxing

Boxing has several alternative names or nicknames, with the most famous being ‘Pugilism’, ‘Prizefighting’, ‘The Noble Art’ and ‘The Sweet Science’.

Why is Boxing Called ‘Pugilism?

‘Pugilism’ is the original name of the the sport which was adopted during the the time of ancient Greek. As explained above, the term simply means ‘fist fighting’.

Why is Boxing Called ‘The Sweet Science’?

Boxing is called ‘The Sweet Science’ in reference to the great boxing author and journalist, Pierce Egan, who described the sport as ‘the sweet science of bruising’ back in 1813. In his writing, Egan claims that fighting runs within human DNA, considering it to be a natural instinct.

In 1949, the boxer/author A.J. Liebling introduced the term into modern times by writing a book called ‘The Sweet Science’, and crediting Egan for creating the expression.

Liebling emphasized on the the various strategies and tactical manoeuvres that were beginning to resurface during his time, presenting an in-depth explanation on the ‘science’ behind the sport.

Nowadays, when people use the term ‘The Sweet Science’, they are mostly referring to the description adopted by Liebling in the previous century.