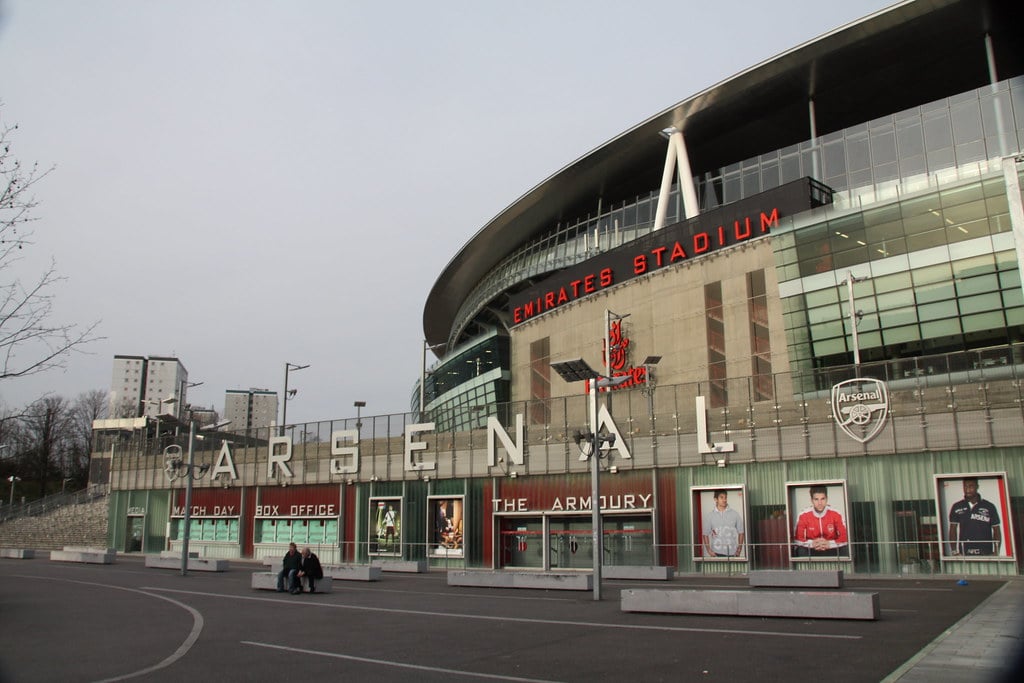 You probably already know that they went 49 games – including an entire season – undefeated, that Arsene Wenger enjoyed a 22-year stint as manager of them and, most importantly, that their mascot is a dinosaur.

You might also be aware that they were the first English club to field an entirely foreign matchday squad, to concede 200 Champions League goals and to have beaten both Milan clubs at the San Siro (plenty more where they came from here).

But where do Arsenal get their name from? Have they always been called ‘Arsenal’? And what about their nickname, ‘the Gunners’‘? Where does that originate? Let’s take a look:

What Was Arsenal’s Original Name?

When Arsenal were first founded in October 1886, they took the title of ‘Dial Square’, which was the name of a workshop at the Royal Arsenal government munitions factory in Woolwich.

Scotsman David Danskin, a worker at the factory, founded the team along with three friends, who all helped spread the word before 15 men came forward to pay sixpence each to form the club in October 1886. Danskin pledge a further three shillings himself and the club bought their own football.

‘Dial Square’ was soon dropped in favour of ‘Royal Arsenal’; a combination of the name of their favourite pub, the Royal Oak, and their place of work.

When Woolwich Arsenal left South London for Islington in 1913, it triggered another name change. By then, several London-based newspapers had started dropping ‘Woolwich’ in their reports, anyway, and in April 1914, they became ‘The Arsenal’. Though, due to the First World War, ‘The Arsenal’ didn’t play their first competitive game until football resumed in 1919.

By December of that year, the matchday programme had subtly dropped the ‘The’ from the club’s name. Since then, it just seems to have gradually been phased out, partly due to former manager Herbert Chapman, who wanted the club to be top of the alphabetical list of teams.

Of course, nowadays, the club are almost universally referred to as simply ‘Arsenal’.

Is There a Place Called Arsenal?

There is a tube station called ‘Arsenal’ which, again, was largely Chapman’s doing.

Initially known as Gillespie Road, it was renamed ‘Arsenal’ in November 1932 after Chapman led the calls for such a change from London Underground.

It is a stone’s throw from where the ‘Arsenal Stadium’ affectionately known as Highbury used to be, which was the club’s iconic home before they left for the Emirates Stadium in Ashburton Grove in 2006 and Highbury became a residential area called Highbury Square.

Why are Arsenal called the ‘Gunners’?

Because of the fact they were formed by munitions workers in the Royal Arsenal factory in Woolwich. Makes sense, really.

And while Arsenal fans often refer to themselves as ‘Gooners’, this is supposedly not a play on words, but stemmed from the ‘Goon squad’, an Arsenal firm prominent in the 1970s.

Though, there is another theory that the word Gooner originated in the George Robey pub in Finsbury Park by an Irishman, who would mean ‘Gunners’ but famously pronounce it ‘Gooners’.