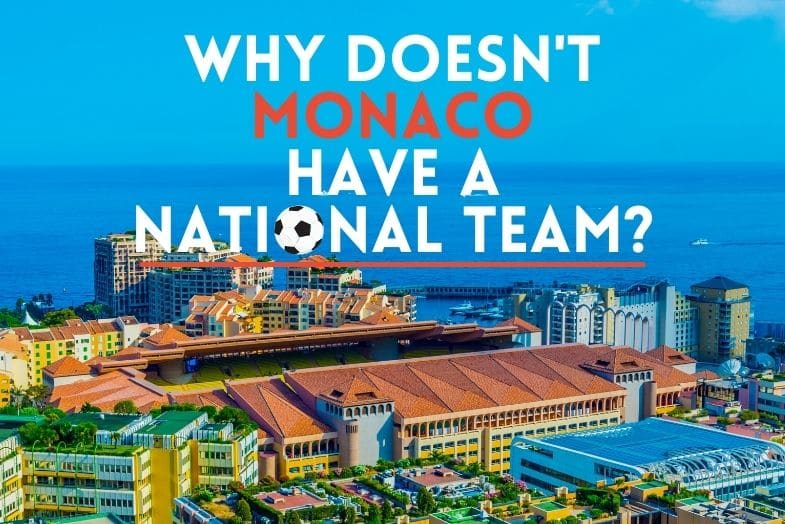 This is one of the most popular questions when it comes to this microstate on the French Riviera. You might be pleasantly surprised to find the answer too. Monaco is bordered by France and is a stone’s throw from the French-Italian border, so it’s fair to say there is plenty of football pedigree in the vicinity of Monaco.

Is Monaco a Country?

The principality of Monaco is a sovereign city-state. Monaco is the second most populous microstate on the planet in terms of density per square kilometres. That’s largely due to its tiny area, which covers just 2.1 square kilometres. Monaco is not a country and has been governed under a constitutional monarchy since 1911. Its current head of state is Prince Albert II.

In terms of the principality’s security and defence, this falls under the remit of the French government. Monaco lacks an air or naval force and relies on a heavy police presence, commanded by an overarching French officer.

Although it is a sovereign city-state as opposed to a country, Monaco benefits from full self-governance. Consequently, it has been able to set its own laws and regulations on everything from its economy and taxation to its chosen currency (the euro, by arrangement with the Council of the European Union).

Monaco does not levy income tax on individuals, which is why it is often regarded as a ‘tax haven’ for individuals with accounts registered in the principality. This isn’t the same for French nationals, however, with a bilateral treaty resulting in French citizens having to pay income and wealth tax to the French treasury.

Monaco’s economy is largely underpinned by its tourism, casino and banking industries. The latter sees Monegasque banks house more than €100bn worth of private wealth. There’s also the iconic Monaco Grand Prix which is one of the highlights in the Formula 1 race calendar and attracts huge crowds throughout the race weekend.

Does Monaco Have a National Football Team?

Yes, it does. Consequently, you might be puzzled as to why you’ve never seen the Monegasques lock horns with the likes of England, France and Italy. That’s because the Monegasque Football Federation – which governs all forms of football in the principality – is not a member of UEFA or FIFA. This means Monaco cannot compete for qualification into UEFA European Championships or FIFA World Cup Finals.

That doesn’t mean Monaco’s national team cannot play competitive games. In fact, since the turn of the Millennium, Monaco’s national team has played 27 competitive games against other principalities, local clubs and unrecognised territories. Its inaugural clash came in the summer of 2001 when Monaco narrowly overcame Tibet 2-1 in a friendly staged in Freiburg, Germany.

In their second game, Monaco faced-off against Gibraltar and drew 2-2. Football fanatics will already know that Gibraltar’s national team have since secured full UEFA and FIFA membership to enter the qualification stages of the European Championships and World Cup.

The Monaco national team was involved in the inaugural Viva World Cup in 2006, involving states and regions unaffiliated with FIFA. Monaco reached the final of the four-team competition but came severely unstuck in the final, losing 21-1 to Sapmi – a team representing the inhabitants of the Sami region in northern Scandinavia and Russia. Its most recent game was staged in 2014 against the Vatican City in Rome, in which the Monegasques prevailed 2-0.

Why Does AS Monaco Play in the French Ligue 1?

Although Monaco is its own sovereign city state, AS Monaco actually play in the French football league pyramid as the Monegasque Football Federation has never established a domestic league. With no competitive ‘home’ league to enter, AS Monaco has competed in French leagues since its formation in 1924.

AS Monaco are one of only a handful of expatriated professional teams in European football, with FC Vaduz of Liechtenstein being the only other team currently competing in the top league of another nation (Switzerland).

Ligue 1 is one of Europe’s most-watched leagues in recent seasons, despite being known as a ‘Farmer’s League’ in the past. This is due largely to the significant investment in the Paris Saint-Germain (PSG) team, with PSG having been taken over by Qatar Sports Investments (QSI) in 2011. A string of high-profile signings has followed, with Brazilian Neymar, French star Kylian Mbappe and Argentine legend Lionel Messi just three to sign on the dotted line in recent times. Consequently, Ligue 1 and French football in general is well-covered by the leading online bookmakers, many of whom offer free live streams of Ligue 1 games, including AS Monaco matches. Bet365 is one of the most popular for Ligue 1 live streaming and it also offers one of the best bonus codes for new account holders.

PSG are currently France’s biggest football club, but AS Monaco have a storied history of their own. Monaco are eight-time winners of Ligue 1 and have five Coupe de France wins to their name. It’s attracted some big names of its own through the years, with former Eredivisie and Premier League ace Nacer Chadli playing for ASM between 2018-2020, along with the likes of Radamel Falcao and James Rodriguez. PSG only managed to emulate AS Monaco’s achievement of reaching the 2004 UEFA Champions League final in 2020, with neither side able to come out on top in the continent’s biggest game. Monaco’s starting XI against Porto in the 2004 final contained French defender Gael Givet, who is widely considered one of the worst players to have graced the Champions League. AS Monaco’s unique Stade Louis II stadium holds 16,500 spectators, which is almost half the city-state’s 39,244 population.