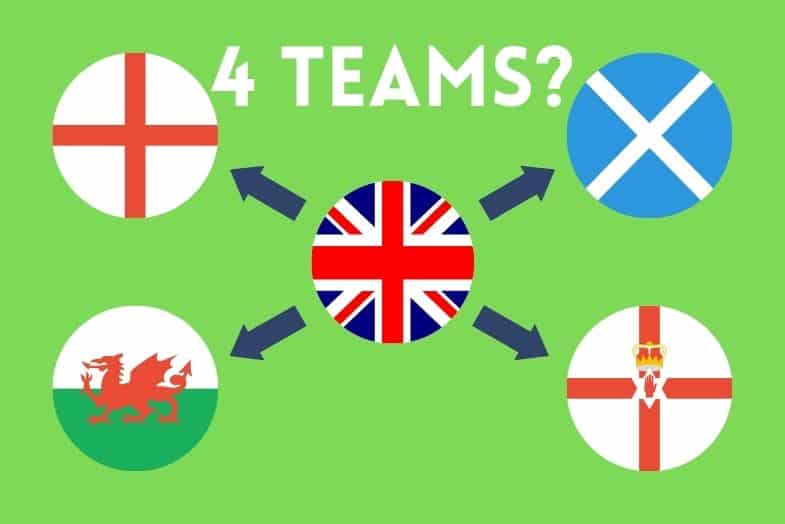 The United Kingdom is unique in world football because although it is viewed as “one country” it actually boasts four national football sides – Scotland, England, Wales and Northern Ireland.

So while it would be tempting to recruit the best players from those four nations to form a star-studded “British” international team, the odds of this actually happening nowadays are extremely slim.

Let’s take a closer look at why this is the case, and whether Great Britain has ever played as a single team.

Great Britain does not incorporate Northern Ireland geographically, but its national side is always included in any discussion of British international football, along with Scotland, England and Wales.

The Football Association of Wales was established in 1876, and the national side lost 4-0 to Scotland in their first-ever match a year later.

In Northern Ireland, the Irish Football Association was formed in the then-united Ireland in 1880, with the national “Irish” side debuting against England in 1882, losing 13-0.

Is Great Britain a Single Country?

Great Britain is not a single country. It is actually a landmass that is referred to as “Great” because it is the largest island in the British Isles, and comprises Scotland, England and Wales.

Why Does the UK Have Separate Football Teams?

The United Kingdom has separate football teams because international football began in the late 19th century as games played between the four “home nations” that make up the UK – Scotland, England, Wales and “Ireland”, latterly Northern Ireland.

These are the four oldest football associations in the world, and because of this each has a permanent seat on the committee that makes the rules that govern the sport.

The four countries that form the United Kingdom view themselves as separate entities, and the officials that run the football associations in Scotland, Wales and Northern Ireland have resisted attempts to amalgamate as a single national team.

Has Great Britain Ever Played as a Single Team?

There are very few occasions where a “Great Britain” team has played football, competitively or otherwise, against another side, with the most high profile of these being in previous Summer Olympic Games.

The 2012 edition in London was controversial given that the English FA pressed ahead with plans to enter a Great Britain team (although also hoping to include Northern Irish players) despite opposition from the other three associations.

A Great Britain team played matches against a Rest of Europe select in 1947, 1955 and 1965, although these were not recognised as official international matches, with the 1965 edition serving as a testimonial for footballing great Sir Stanley Matthews.