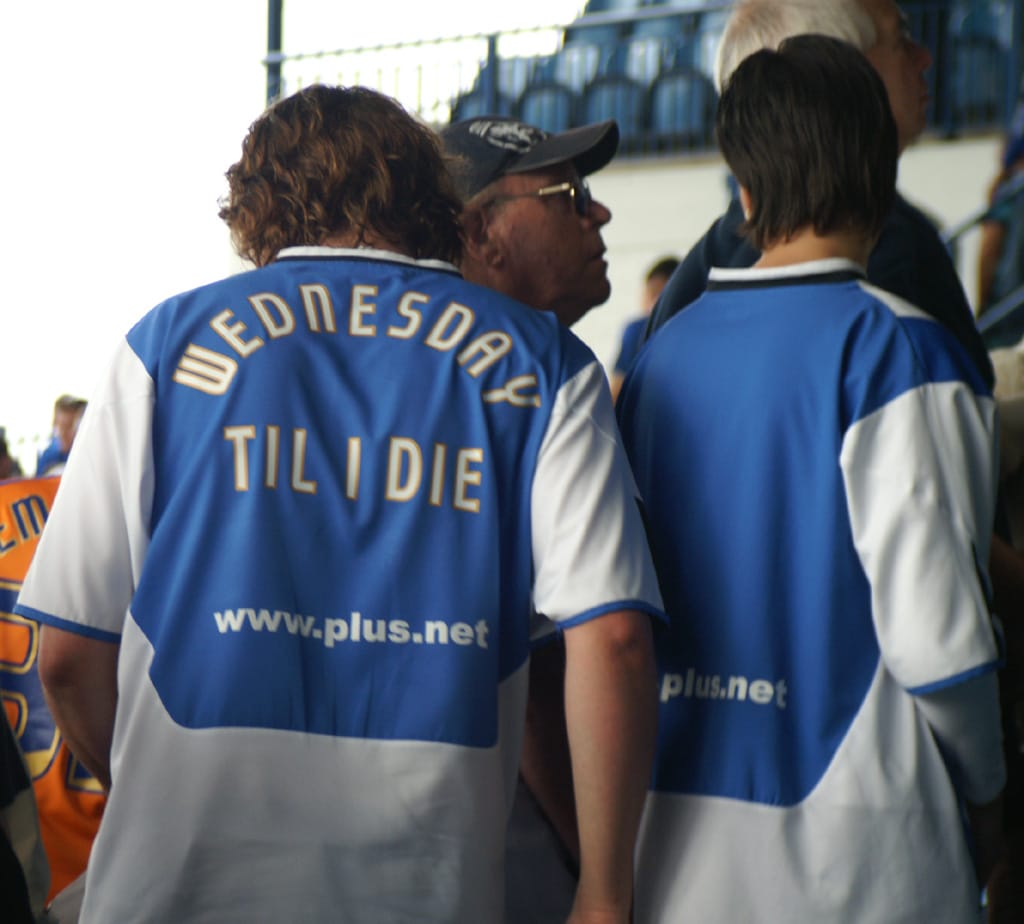 Regular readers of SQaF may have already learned why Leicester City are called ‘The Foxes’, West Brom ‘The Baggies’ and Fulham ‘The Cottagers’ (check out our more extensive list of football team name suffixes here, too).

Now it’s time to find out about the origins behind the names of one of England’s oldest football clubs.

Why are Sheffield Wednesday Called ‘Wednesday’?

Because Sheffield-based ‘The Wednesday Cricket Club’ (supposedly formed in 1820, named after the day of the week on which they played) wanted to branch out into football to keep the team fit and together during the winter.

And so, on September 4, 1867, at the now-demolished Adelphi Hotel in Sheffield, a general meeting was held where the decision was made to form ‘The Wednesday Football Club’.

They would re-name to their current title of ‘Sheffield Wednesday’ in 1929.

Why are Sheff Wed Called ‘The Owls’?

If you’ve ever wondered ‘Why do Sheffield Wednesday have an owl on their badge?’, well, for starters, the club moved from Olive Grove to the Sheffield district of Owlerton (where they still play today) in 1899.

Then, in 1912, Wednesday player George Robertson presented the club with an owl mascot, and the name began to take hold – a monkey mascot introduced earlier had not brought much luck.

Interestingly, the ‘Owls’ of Owlerton have nothing to do with the bird. ‘Owls’ or ‘Owler’ is an old Yorkshire word for an Alder tree, which is found in various woodland areas of Sheffield. So, perhaps they should have been nicknamed ‘The Alders’ instead…

What are Sheffield Wednesday Fans Called?

Sheff Weds supporters are sometimes labelled ‘pigs’ by fans of Sheffield United – though, this has also been reciprocated, so quite who are the real ‘pigs’ is open to interpretation.

In both clubs’ early years, Sheffield had already established itself as a world leader in steel manufacturing, a process which involved starting with iron in moulds which looked a little like a pig and were known as ‘pig iron’. The steel workers who helped converted ‘pig iron’ into steel, then, became known as ‘pigs’.

Why are Sheffield Wednesday fans called pigs? Well, because it was believed for some time that their stadium, Hillsborough, was built on the site of a pig slaughterhouse – this has since been disproved, though. There are also stories about a Sheffield United fan thinking the owl on a former Wednesday badge looked more like a pig, and that former Wednesday player Mel Sterland was known as ‘The Flying Pig’.

On the other hand, Wednesday fans are said to have given United supporters the same nickname due to their red-and-white-striped kit apparently bearing resemblance to rashers of bacon, or how these two colours, when mixed together, make pink.

No – in fact, by the time Wednesday were formed in 1867, it was already looking likely that football would surpass cricket in popularity.

They aren’t even the oldest football club in their city, either – that honour belongs to Sheffield FC, who were founded ten years earlier and are the oldest in the world, in fact.

2 thoughts on “Why are Sheffield Wednesday Called ‘Wednesday’ and ‘The Owls’?”