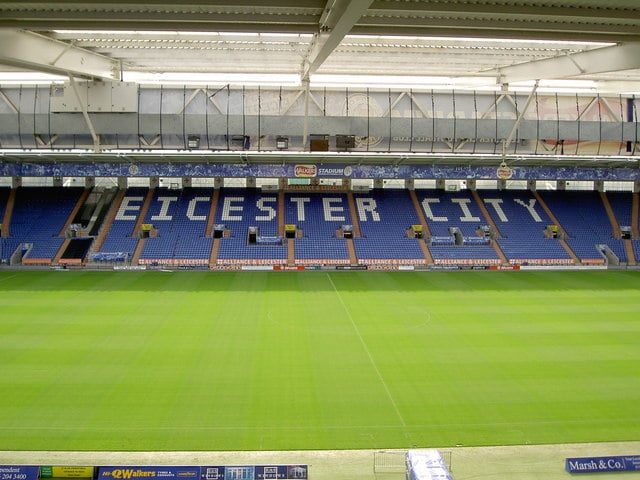 You might already associate the city of Leicester with Walkers crisps, Richard III or a 5000-1 title triumph. But what about foxes?

Clearly a significant sign to the city, Leicester City Football Club are nicknamed ‘the Foxes’ and have had a picture of one slap-bang in the middle of their crest since 1948.

Leicestershire County Cricket Club’s logo also bears a picture of their furry friend. Plus, when you enter the county of Leicestershire, you will likely see a road sign featuring a fox.

But where does this affiliation with foxes stem from? And why don’t the city’s primary rugby club follow suit? Let’s explore:

Why is Leicestershire Most Associated With Foxes?

Because it’s widely considered the origin of fox hunting in Britain.

This came to greater prominence in the 18th century, not least through father of fox hunting Hugo Maynell from Leicestershire village Quorn.

Even still, though, one of the world’s oldest fox hunting groups was established some time before then – indeed, the Leicestershire-based ‘The Quorn Hunt’ formed in 1696; Quorn was also were their foxhounds would be kennelled between 1753 and 1904.

Another Leicestershire village, Foxton, also takes its name from the vast amount of foxes spotted in the area.

So that’s where the connection with Leicester and foxes comes from – a steep history of hunting them, and the occasional sighting of them in the county.

When Did Leicester City Adopt ‘Foxes’ As Their Nickname?

This likely would have been in 1948, which coincided with the introduction of their first fox-emblazoned crest.

Interestingly, Leicester’s official website also points out that old football magazines from the 1920s often referred to Leicester City as the ‘Knuts’ (alluding to filbert nuts) and the ‘Citizens’, with the most commonly-used nickname from this decade until 1948 being simply ‘The City’.

When they initially formed in 1884, the club were known as ‘Leicester Fosse’ (fosse being an informal term for a ditch), with an appropriate early nickname of the ‘Fossils’. Leicester Fosse had no defined crest on their shirts, but occasionally wore kits sporting the city’s coat of arms (a wyvern placed above the cinquefoil).

When they moved away from Victoria Park and Fosse Road South to Filbert Street in 1891, suddenly the ‘Fosse’ suffix felt redundant and, in 1919, Leicester Fosse became Leicester City.

It was not until the 1948-49 season, though, that a Leicester City crest bearing a fox was introduced; the first club logo with their most synonymous animal front and centre.

Why Are Leicester Tigers Called ‘Tigers’?

First of all, it’s worth pointing out that the rugby union club’s official title is ‘Leicester Football Club’. Even if they’re widely known as ‘Tigers’, it’s just another nickname, really.

Still, it’s a nickname that’s stuck since 1885, just five years after they were founded.

It appears to have originated from a Leicester Daily Post match report in February 1885, which stated the club’s ‘Tiger stripes were keeping well together’. Indeed, Leicester Tigers were still playing in black with yellow strips back then – not until 1895 did they switch to their iconic scarlet, green and white.

That said, while it is believed the paper was referring to the club’s kit, it may also have been due to an affiliation the club had with a regiment in the area known as the ‘Tigers’, who had served in India.

In their early years, Tigers were also known as ‘The Death or Glory Boys’, due to their black shirts. Then again, ‘Tigers’ is shorter and was probably easier to fit onto a shirt or a crest.