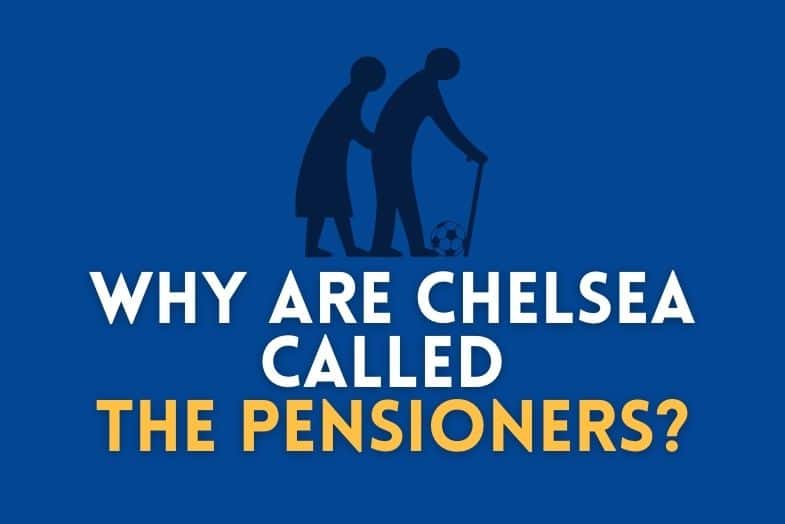 What might get lost between the constant stream of information and stimulation at our fingertips is tradition. Why are teams named what they are? Why are Man City nicknamed “The Citizens” or Crystal Palace referred to as “The Eagles“? Or why call Leeds United the “Peacocks” or Real Madrid “Los Blancos”?

Like all things in football, there’s a story behind every tradition. So first up for the day, why does a club named “Chelsea FC” play in Fulham?

Why Are Chelsea FC Called ‘Chelsea’?

Chelsea FC was founded in 1905 by Gus Mears. At the time, it was common to name a club after its borough in London. Because there was already an established football club in the borough of Fulham, Mears chose the adjacent borough of Chelsea.

Mears acquired Stamford Bridge in 1904 to turn it into a football ground. He had hoped to entice the local football club, Fulham, to lease the ground from him. It was only after that rejection that he decided to create his own football club and found Chelsea FC.

Chelsea FC has been referred to by several nicknames over the years. The most common of these has been “The Blues” and “The Pensioners”. Supporters of rival football clubs have given Chelsea the nickname “Chelski”.

The nickname “The Blues” is about the blue and white Chelsea home kit. This is similar to many football clubs including nearby Fulham FC who is commonly referred to as “The Whites” or “The Lily Whites”.

Why Are Chelsea Called ‘The Pensioners’?

Chelsea FC is called “The Pensioners” in reference to the image depicted in its original club crest of Chelsea pensioner. The pensioners were retired army veterans who lived in the nearby Royal Hospital Chelsea.

In 1952, Ted Drake became the manager of Chelsea FC and began implementing modern changes. This included the drawing up of a new club crest that abandoned the image of the Chelsea pensioner. The new crest featured a blue background with the white letters “CFC” emblazoned across.

Since its founding, Chelsea’s kit has always been some variation of the colour blue. With the evolution of the club crest, the club had been commonly nicknamed “The Blues” by the mid-1960s.

Why Are Chelsea Called ‘Chelski’?

Rival supporters of Chelsea FC have been referring to them as “Chelski” in a derogatory fashion. The nickname refers to the purchase of the club by Russian billionaire Roman Abramovich.

The acquisition of Chelsea FC by the Russian Oligarch signalled a changing of the times in European football. Under Abramovich’s ownership, the club has accumulated six league titles, five FA Cups, and two European Championships. With all being said, we think Chelsea supporters are completely fine with being called “Chelski” every now and then.

Out of love or hate, oftentimes the narratives behind football clubs shape the nicknames they pick up. Other times, it’s as simple as what colour the kit is on the pitch. What history has taught us is that some names can stick around longer than others. But it’s likely that in 20 or 30 years, many football clubs will have completely new nicknames attached to them.