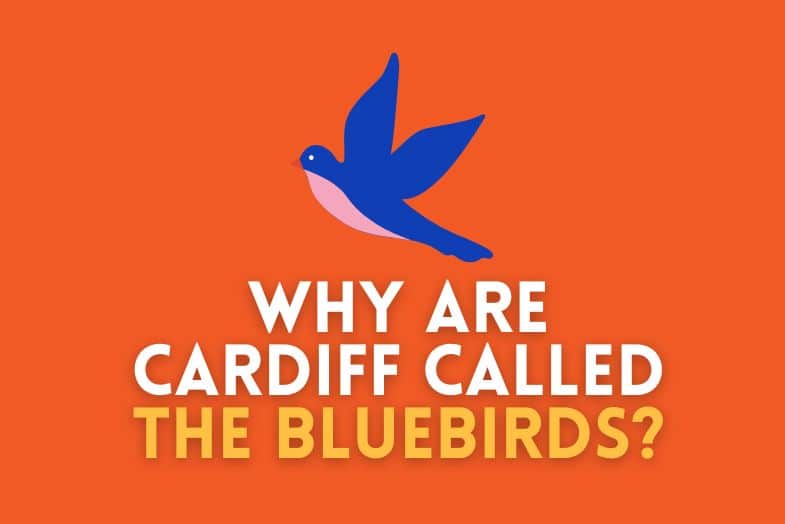 Football clubs earn their nicknames through a variety of ways. This might be through their colours, a shortening of their name or a famous attribute from the city, town or region they are based in. Not all nicknames are so obvious, however, and sometimes they need a little bit of explaining.

Just like Cardiff City’s nickname, the Bluebirds. It might seem like the obvious connection is the colour of Cardiff’s shirts but there is a little more to it than that.

Cardiff City is affectionately known as the Bluebirds by its fans. The club plays in blue so it’s little surprise that the team from the Welsh capital enjoys a nickname associated with the shade of its shirts.

Why Are Cardiff Nicknamed ‘The Bluebirds’?

Cardiff City’s ‘Bluebirds’ nickname comes from an early 20th century play called ‘The Blue Bird’ written by Belgian playwright Maurice Maeterlinck. As the play arrived in the city, supporters made the connection between the club’s blue and white shirts and dubbed their team ‘The Bluebirds.’

In the play, the bird is a symbol of happiness, so it’s understandable that the team bringing joy to its fans represents such a moniker. Despite this connection being established circa 1909, it wouldn’t be until 1959 that the club would officially adopt the bluebird as part of its crest.

Cardiff City started wearing blue as its colour in 1908 but when taken over by Malaysian businessman Vincent Tan in 2010 this would change. Tan oversaw the change from blue to red in 2012, a change that would alienate fans and transform the identity of Cardiff City.

That wasn’t the only change Tan imparted on the club as he made the dragon on the crest more prominent than the iconic bluebird. In 2015, the Cardiff City crest would return the bluebird to prominence but the dragon remained, only now the Welsh dragon had been replaced by a Chinese one. Wales is famed for its connection with dragons, but not those of Chinese myth and this move was seen as another nail in the heart of Cardiff’s fans delivered by their then-new owner.

Why Did Cardiff City Change to Red?

Vincent Tan promised to pledge serious investment if he was allowed to change the colour to red as it was lucky to him. He also argued that red is the national colour of Wales and there is a red dragon on the crest so the change made sense.

Naturally, Cardiff City fans felt as though their club’s identity was being stolen from them when the change of colour and crest occurred in 2012. Following protests and a realisation that the club is for the fans not the person who bought the most shares, Cardiff would revert to its original blue in 2015. This would also see the club crest return to feature the bluebird more prominently.

The Bluebirds Return to Blue

Three years after Cardiff City controversially changed its colour from blue to red, the club reverted to its famed blue and white strips. The attempt by owner Tan to form the club in his own identity had not worked with fans rejecting the notion. This alienated the club and many may feel harmed its image, making it less attractive to investors and souring the experience of its supporters.

In football, if a club loses its supporters then it loses its identity. Since the debacle of the changed colours, Cardiff has begun to recover it status and along with Swansea City is now flying the Welsh flag proudly in English football.