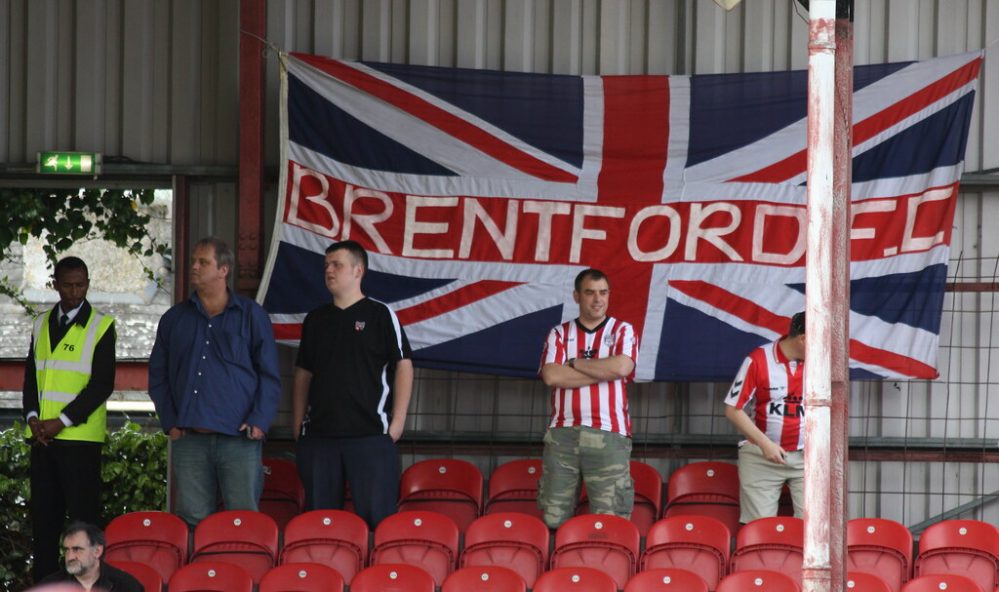 We’ve looked previously at their ‘Moneyball’ approach to signings, their scrapping of their academy and their introduction of a ‘B team.’ But why are Brentford nicknamed ‘the Bees’?

Here, we’ll take a look at the origins behind this nickname, as well as looking at who Brentford’s biggest rivals are. Let’s go:

What is Brentford’s Nickname?

What Are Brentford Called “The Bees”?

During the 1894-95 season, when Brentford were then known as just ‘the Bs,’ (i.e. short for ‘Brentford’) students at Borough Road College shouted their college chant ‘Buck Up, Bs’ at a match. Local press misinterpreted their “Bs” for “Bees” and the nickname stuck.

Who Are Brentford’s Rivals?

Of the three, QPR’s Loftus Road is closest to the Bees’ new home, the Brentford Community Stadium (about 3.5 miles away), and are the team to have faced Brentford the most in recent years – both have been stuck in the Championship since 2015 at time of writing.

Chelsea, on the other hand, have only faced Brentford 14 times in their history, and on only three occasions since 1950.

In a 2012 Football Rivalries Survey, though, it’s Fulham who most Brentford fans identified as their main rivals; a conflict which has intensified with the two sides facing each other more regularly of late, including in the 2020 Championship play-off final, which Fulham won 2-1.