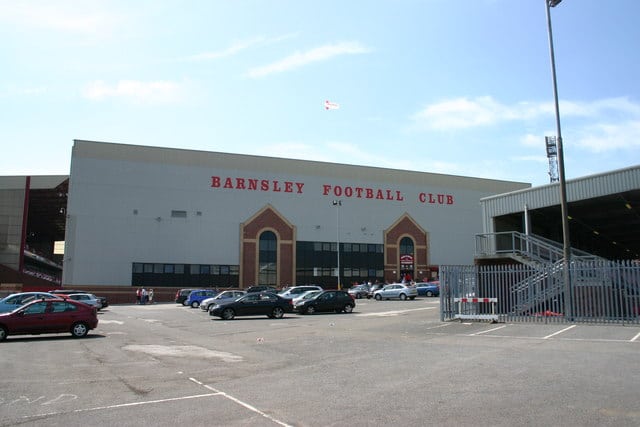 We’ve learnt by now why Sheffield Wednesday are nicknamed ‘The Owls,’ why West Brom are called ‘The Baggies,’ why Fulham go by ‘The Cottagers‘, and plenty more.

Now, it’s time to look at the story of Barnsley FC – also known as ‘The Tykes.’ Where does their nickname originate from? And who are Barnsley’s biggest rivals?

We’ll aim to answer both of these questions below:

What’s in a Nickname?

Well, in case you didn’t already know, Barnsley are based in South Yorkshire, and a (usually derogatory) term often used to describe Yorkshiremen by folk from other parts of England is a ‘Tyke’.

The term ‘Tyke’ has connotations of a hard-working man (not normally a woman), but the word stems from Old Norse, where it would mean a female dog. Though, in medieval times, it was more commonly-used to describe a mischievous boy or urchin.

During the 17th and 18th centuries, it was also used to refer to people from Tyneside. The Sheffield Star writes: “A Tyke was rough, unkempt, combative, but also sly, shrewd, and also careful with money (another alleged Yorkshire attribute) – a ‘tight Tyke.'”

But in more recent times it has become reserved exclusively for Yorkshiremen, particularly during the industrial era, when many of Barnsley’s inhabitants would work in the mines and steel mills.

You don’t have to be a Barnsley fan to be a Tyke, then – you can be so-called yourself if you were born in Yorkshire, or live there for long enough.

‘Tykes’ isn’t Barnsley’s only nickname, either – as well as ‘The Reds’ (because they play in Red, obviously), the club used to be known as ‘The Colliers’ before ‘Tykes’ became a prominent term for them in about the 1960s.

Who are Barnsley’s Rivals?

And that’s only in England’s four professional leagues – below there, you’ve got the likes of Halifax Town, Guiseley and, of course, the world’s oldest football club, Sheffield FC.

Which of these are Barnsley’s biggest rivals? Well, probably the ones they’ve come across most often on the pitch – namely both professional Sheffield clubs, Leeds, Huddersfield and Rotherham.

Then maybe Doncaster, given Barnsley are a one-club town but ‘Donny’ are another South Yorkshire outfit who they’ve faced on a fair few occasions, too.

Here’s what Twitter user Chris Whiting described as the ‘League of Love and Hate’ in August 2019: