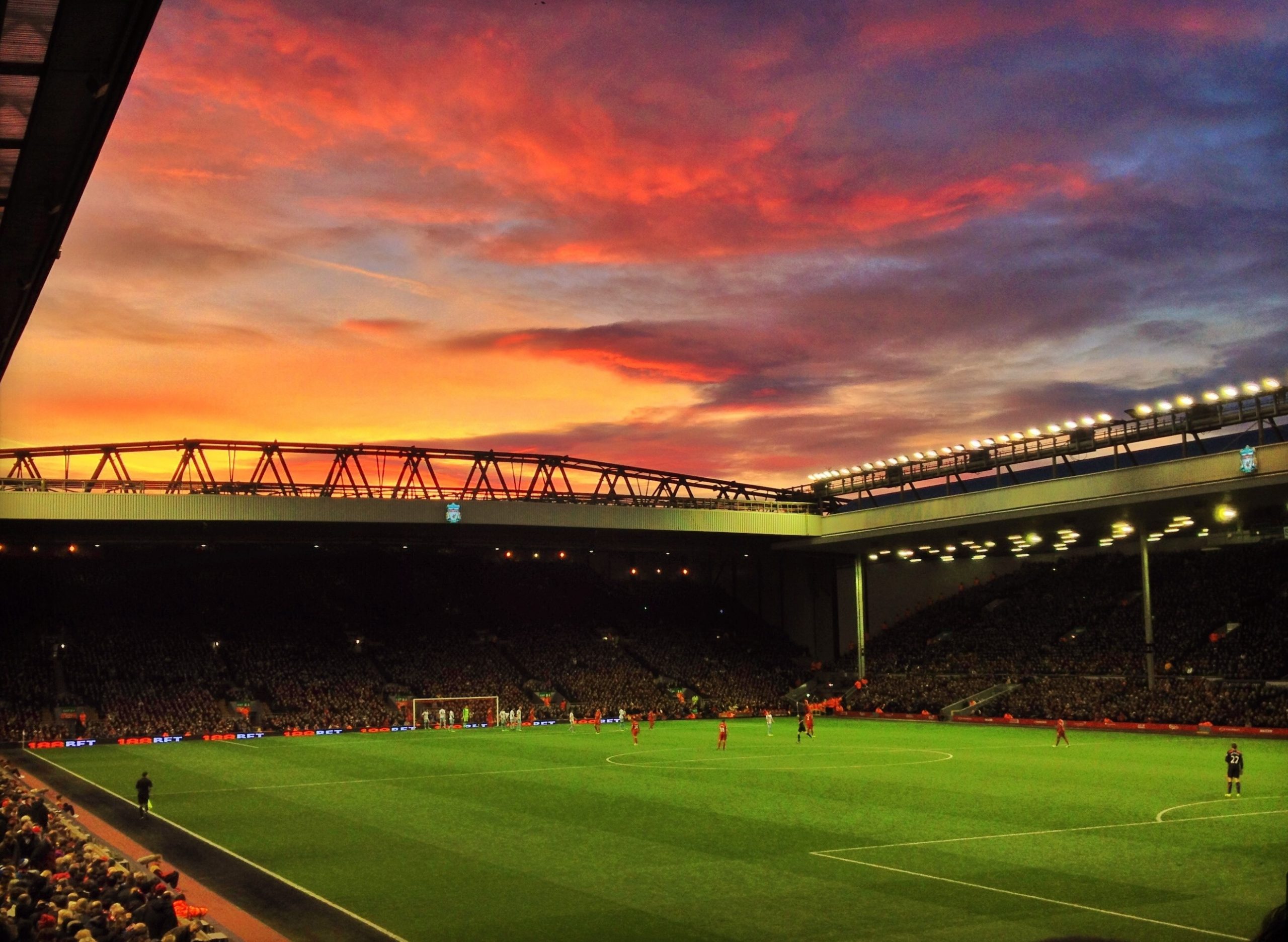 For a football league confined to only one country (or two when Swansea or Cardiff are in it), it underlines how much of a commercial success the Premier League is and has been that it attracts a global audience of roughly 4.7 billion in 212 different nations. By some distance, it is the most-watched sports division in the world.

A quick jaunt around the world will make this easy to see why. For instance, even though hey may dub it ‘soccer,’ bleeding the ears of many Brits in the process, Americans have particularly embraced the English top-flight in the last decade or so, as has much of Asia, where a pre-season tournament between three Premier League sides and one Asian team takes place every other.

And while it’s impossible to define which Premier League team has most fans definitively, it’s at least easier to look at which clubs seem to garner the most affection in regions both at home and further afield. Let’s take a look at five different parts of the globe:

Though many consider the Premier League a mix of six elite (ish) sides – Manchester City, Man Utd, Liverpool, Arsenal, Tottenham and Chelsea – and 14 also-rans, there are two which generally seem to stand head and shoulders above the rest in terms of the volume of their fan bases.

Manchester United and Liverpool have long since been recognised as England’s two top clubs, and with 38 league titles and nine Champions Leagues between them, it’s a fair assumption to make.

Despite their post-Fergie struggles, United probably still have the edge on their North-West adversaries in terms of number of fans; with an estimated 650 million supporters worldwide, they are widely regarded as the world’s most-followed club. Though, as Liverpool’s resurgence under Jurgen Klopp gathers more momentum, it will be interesting, and perhaps a little inevitable, that this gap will begin to be bridged.

And while United’s average attendances have continued to incrementally fall in recent years, slumping to their lowest figure since 2009-10 in 2018-19, they still surpass Liverpool by some distance as far as matchday revenue is concerned.

That said, a YouGov survey in late 2018 did find that Liverpool were the most popular team in the country among the Britons who were polled, with 35 per cent having a ‘favourable opinion’. United were third with only 28 per cent of the vote, and in second was – bizarrely – Leicester City (though their 5000-1 title miracle of 2016 may have much to do with that).

In truth, though, both clubs seem to find themselves at a certain level of esteem that hangers-on like Manchester City and Chelsea, no matter how wealthy their oligarch backers may be, will ever match.

In the United States

As alluded to earlier, football is a much more recent phenomenon among Britain’s transatlantic cousins. Indeed, a report in August 2019 said that 57 per cent of American fans of Premier League teams had began following their side within the last five years.

It’s also markedly more popular than other leagues. Just more than half of American ‘soccer’ fans are invested in the Premier League, as opposed to 21 per cent in Spain’s La Liga and just three per cent in both Ligue 1 and the Bundesliga.

That same report, carried out by Morning Consult, found that Man Utd was, again, comfortably the most popular side in the States, with 32 per cent of those surveyed swearing allegiances to the Red Devils. Liverpool were second with only 14 per cent.

While they only represented a mere two per cent, it was somewhat surprising to see Crystal Palace rank as highly as joint-sixth (though that you can be this high up the list with just two per cent tells you more about how much Man Utd and Liverpool dominate it).

Also raising an eyebrow is how lowly Everton ranked, with only one per cent of the share. It’s been a barren and rather joyless last few years for the Blues, but given American goalkeeping legend Tim Howard works as the club’s US ambassador, as well as boasting former US players like Landon Donovan and Joe Max-Moore, you could be forgiven for expecting a little more enthusiasm for the Toffees.

As for individual states, you can see below that the ‘Big Six’ dominate, with each represented on this map. None more so, though, than Man Utd and Liverpool (again):

In December 2018, Espanyol’s Chinese owner, Chen Yansheng, argued the best way to raise a club’s profile in his homeland would be to sign a Chinese player.

So he did. A month later, Wu Lei, the top scorer in the 2018 Chinese Super League, became an Espanyol player, leaving Shanghai SIPG for €2 million to become only the second player to represent his country in La Liga. Indeed, viewing figures for Lei’s debut are believed to have reached an impressive height, somewhere between ten and 13 million.

Yansheng, then, may have a point, or at least he certainly does if we are to believe figures from the same country that claimed more than 350 million natives watched Manchester City, featuring China’s Sun Jihai, face Everton, featuring China’s Li Tie, in 2003.

It might help. That much is fair. But even as the Chinese Super League becomes awash with banknotes and B-list footballers from the European market, Asia is another landscape dominated by the game’s biggest powers.

Though, it is worth noting that this is, and has been for some time, an area dominated by La Liga’s two giants, Real Madrid and Barcelona. Indeed, a 2018 report found that Mongolia was one of few Asian countries where the majority of its football fans did not follow either of these – instead, the most popular club was Chelsea.

Meanwhile, across South-east Asia, Man Utd were shown to have a much stronger base, along with Liverpool and Arsenal.

And in Mailman’s 2020 Red Card report, Chelsea were shown to remain Asia’s most popular English club online and third-most-followed of all sides, while Manchester City made a surprising rise above their neighbours and into fourth. United sat joint-fifth with Juventus, while Liverpool ranked seventh.

Though roughly 250 million Africans are said to watch the Premier League, and though more of the continent’s biggest talents, like Sadio Mané and Mohamed Salah, are coming to the fore, it is another continent largely dominated by Spain, particularly Real Madrid. Based off online search data, anyway.

That said, much of West Africa has adopted Arsenal as its most popular side, perhaps thanks in some part to former players like Kanu and Alex Iwobi, while Manchester United make up much of the south of the continent as well as Ghana in the north-west, despite never having a player from the country play for them.

Predictably, the one outlier here appears to be Egypt, the only African country who follow Liverpool more than any other club. Essentially, the reason for this can be boiled down to one word: Salah.

The Reds have a far greater following in Australia, though, according to the humorously-titled native site Sausage Roll.

In 2013, for instance, Liverpool’s friendly with Melbourne Victory was watched by 95,000 fans at Melbourne Cricket Ground, though it is worth mentioning that, that same summer, Man Utd’s clash with the ‘A-League All-Stars’ drew a capacity 83,000 crowd at Sydney’s Olympic Stadium, too.

Truth be told, though, football doesn’t appear to be as big in Australia as elsewhere, primarily due to the popularity of the National Rugby League (NRL), as well as other sports like Australian rules football, cricket and tennis.

What’s more, whereas the Australian national side used to boast greats like Mark Schwarzer, Tim Cahill and Harry Kewell, the well has dried up of late. As we’ve explored already, an icon for your nation can trigger a outpouring of support from those back home for his club, like Salah in Egypt.

Indeed, by late 2019, only two Premier League players – Brighton’s Mat Ryan and Aaron Mooy – were named in their country’s squad.

Where in the world are you from and which Premier League side do you follow? Let us know in the comments…