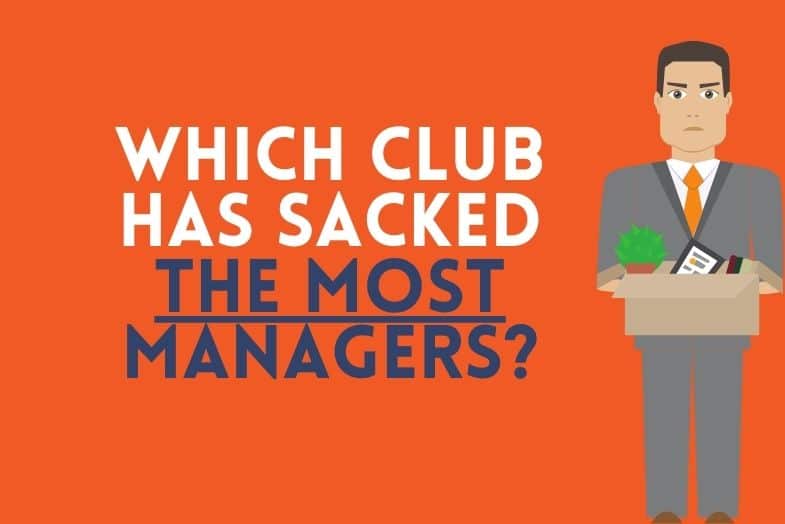 The lifespan of a football manager appears to be shortening in perpetuity. The days of lengthy tenures like Sir Alex Ferguson and Arsene Wenger have gone with the winds of change.

Football fans want titles and immediate results. And likewise with football owners and ownership groups. Patience has been long forgotten. In the age of social media, it’s “what can you do for me now?” And this also reflected in how common it has become for players to demand being moved only a season or two into a new contract.

Whether it’s starting, scoring, or winning, all parties want to get what they desire. And they want it now! And if all else fails, it’s time for a change, even if it’s only been weeks, days or 10 minutes!  And usually, that means “you’re getting sacked in the morning!”

Some football clubs have cultivated more patience than others. But some clubs truly have attention-deficit disorder when it comes to managers. Or if not for a lack of long-term interest, they appear to be very bad at doing their job, that is, hiring the right people.

Which Club Has Sacked the Most Managers? [Top 3]

It may be surprising to see Palace at the top of this list but since 2000, they have seen themselves changing up management an illustrious 28 times. During this torrential period, the club has spent many seasons in the Premiership but with an 8-year stint down in the Championship.

For that club that led the most improbable championship run in modern sports history, it hasn’t exactly been a walk in the park. Leicester have changed up their managerial position 27 times!

Even the great Claudio Ranieri couldn’t manage to complete his second season after bringing the club a league title! In the words of the great Dr Evil, “well, then there is no pleasing you”.

The Saints are a well-respected club and have made several “great escapes” during their most recent span in England’s top division. However, it’s not always smooth sailing when fighting for a place in the bottom half of the table. Southampton has sacked 24 managers during its time in England’s top flight.

Which Premier League Club Has Sacked the Most Managers?

Crystal Palace leads the way in sacking Premier League managers with 28 in total. This eye-watering number represents the struggles of a big city club trying to meet owner and fan expectations.

Unfortunately, instead of competing for titles, success has mostly been measured in avoiding relegation or getting to the mid-table. This tenure of managers includes the likes of Alan Pardew, Frank de Boer, Tony Pulis, and Neil Warnock.

The veritable who’s who list of Crystal Palace managers also includes former England managers Roy Hodgson and Sam “Pint of Wine” Allardyce. The latter of course with an unblemished record of 1-0.

The position of a football manager in the modern game is at best, a rather dubious one. It’s a position wherein lies all the glory for success and all the blame for failure. Once a narrative gets momentum, the story almost writes itself. A few can avoid the sack for a while, but the longer a manager’s tenure, the more likely the great and inevitable sack is on its way.

But these days, most managers are playing musical chairs as they get hired and fired in Europe and around the world. With few exceptions, most are paid well to not come into work anymore before finding their next gig. If only we could all be so lucky!