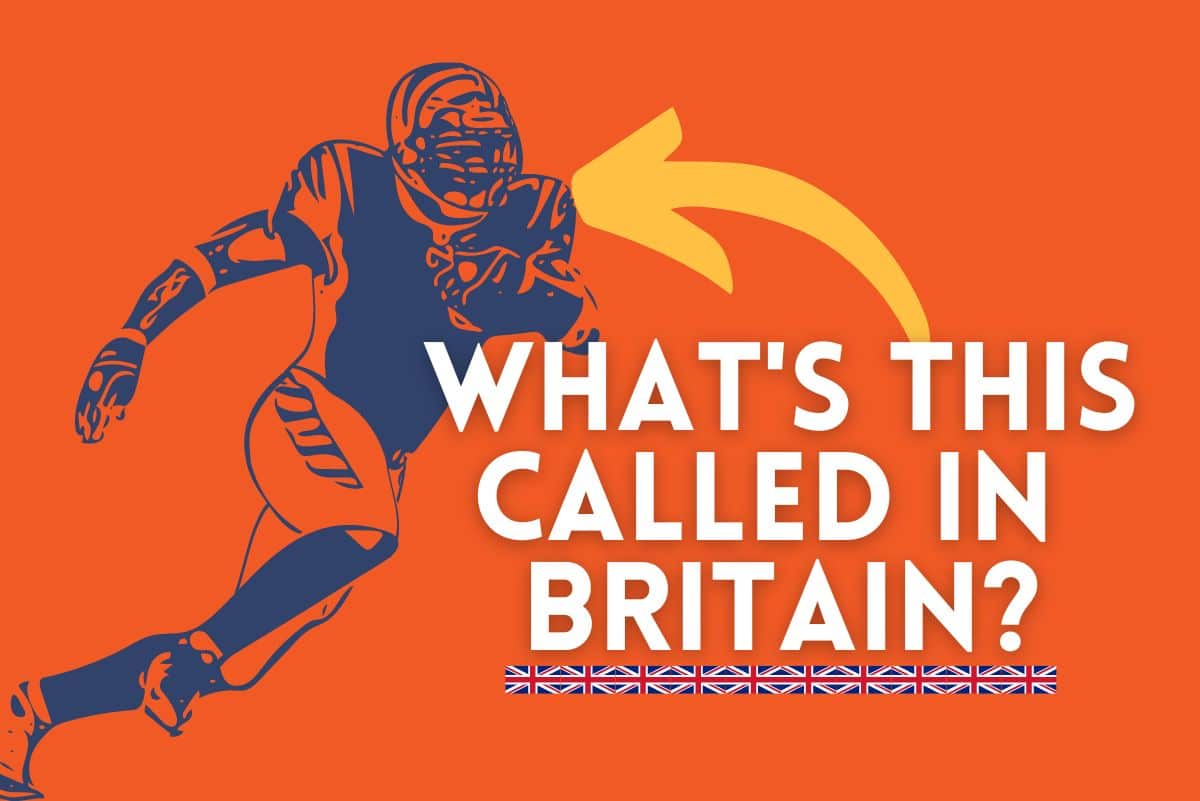 In sports, we have our own verbiage and terms. For the uninitiated, it can seem like sports fans are speaking a different language. So what happens when we take our sports language abroad?

Much confusion and heated debate of course!

There may be no other term that can divide Americans from their special relationship with the British such as one simple word, football. The English call soccer “football.”

So what do they call football?

What Do They Call Football in England?

In England, they refer to football as “American football.” This is to distinguish it from the sport of soccer, which the English refer simply as “football.” At one point in time, the word “soccer” was quite prevalent in England but for many reasons, this term lost favor to “football.”

Soccer as we know has its origins in several parts of the world but is mainly based in Europe. England is known as the “home of football”.

This is because the Laws of the Game were first codified and adopted in December 1863 by the English Football Association. This historical moment was the result of various forms of soccer being played across the country – the meeting was to eliminate tactics like “hacking” and other rugby-like tactics (not dissimilar to football in the good ol’ USA).

What Do British People Call Football?

Like the English, all in the British Isles refer to football as “American football.” This is because soccer is much more popular in Great Britain than football. And while “soccer” is a British term, its use has waned over the mid to late 20th century. Instead, British people call soccer “football”. However, in Ireland and Northern Ireland it can often be referred to as “soccer” to distinguish it from Gaelic football.

Soccer and American football are seemingly unrelated sports but they are tied together in many ways. British people call football “American football.” From an English perspective, Americans refer to their “football” as “soccer.”

Since its inception in 1920, the National Football League has seen a gradual and then meteoric rise to become America’s favourite pastime. Today, millions crowd into arenas, sports bars, and living rooms to tune into games on Sunday, Monday Night Football, and just about any time a game is on.

American football has also become increasingly popular in other parts of the world with new iterations and rules.  Even in the land of football scepticism that is England, regular season NFL games are played every year in London at venues like Wembley Stadium.

Despite this, the British have maintained a somewhat xenophobic attitude towards American football. At the heart of the debate for many Brits, is the fact that Americans continue to name “football” a sport they see as “hand egg”.

Ignoring the fact that soccer is a word that originated in England (“soc” is short for association), British people are perplexed that a newer sport could loot the term “football” from the world’s most beloved and beautiful game.

From the American perspective, football is a more exciting and much bigger spectacle than soccer. In fact, when it comes to TV ratings in the US, soccer is still well below baseball, basketball, and football.

This may change in the future. Soccer is rising in popularity in North America due to the growing success of the MLS and both the Women’s and Men’s US National Teams. Only time will tell if soccer will ever contend with football as America’s top sport.