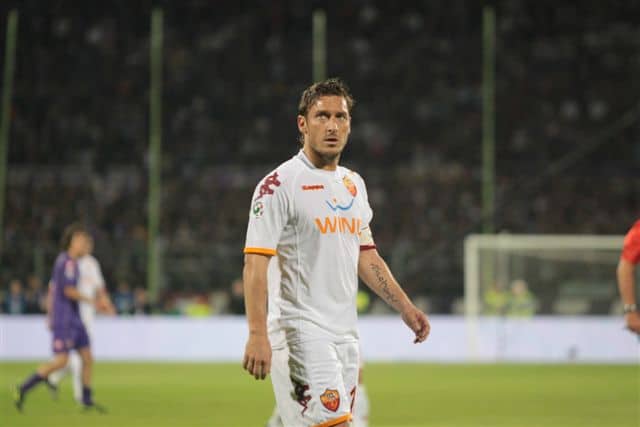 No, it’s not a made-up term on Football Manager, as I initially assumed when I discovered while trying to lead my beloved Everton to virtual glory in the carefree days of my childhood.

The trequartista is, in fact, a real position – if slightly more obscure one – in football. So, where is it? Who plays trequartista? And who have been the best trequartistas throughout history?

We’ll discover all of this and more below:

Essentially, a trequartista is a playmaker who operates behind the front line but in front of the midfield. Literally translated from Italian, it means ‘three quarters’.

A typical trequartista will possess great creativity and agility, as well as boasting an envious passing range, ball control and eye for goal. They will look to carve open the final third and dictate attacks, with defending pretty much going out of the window.

That said, it’s a demanding role in that it varies from game to game, based on how the opposition attempt to nullify you (e.g. man-to-man or zonal marking). And make no mistake – a good return of goals and assists are expected of the trequartista, too.

Not every attacking midfielder is a trequartista, though, because trequartistas usually play closer to the striker(s) than the archetypal ‘number ten’. They are the focal point in any side for creativity, as both their primary playmaker and an additional scoring threat.

“The magic of the number ten comes from the trequartista’s feet; the player of inventiveness, the one who is capable of wrong-footing everyone with a piece of skill perhaps even he is not fully aware of.”

In some ways, then a trequartista is everything and nothing; essential, but not an outright striker, nor an outright playmaker.

Rather, they drift somewhere between these two lines, as they so often do on the pitch, too.

What is a Trequartista in Football Manager?

If, like me, you first become accustomed to the term through this rather addictive computer game, you might be keen to know more about what to expect from a trequartista on FM itself.

Basically, if you set your team up to gegenpress, with high pressing and intensity the cornerstone of your game plan Jurgen Klopp coined ‘heavy metal football’, don’t use a trequartista.

It’s not that they’re lazy necessarily, they just might not possess the requisite work rate levels and are very much a luxury player that these systems don’t really allow for.

You can select either an attacking midfielder or a striker to play in the trequartista role on the game, which will see your player take on far less defensive responsbility than he otherwise would. Instead, when your team is out of possession, he is more likely to drift around, making space for himself.

But when going the other way, what a return a trequartista can provide your team when on song. Deploy runners around him and give him free rein and you should create a shedload of chance.

You’re loathe to pigeon-hole Lionel Messi to one specific role, given how multi-faceted one of the best footballers in history’s game is, but he certainly can play, and has played, the trequartista superbly.

Often in Barcelona’s attack, Messi has acted as Barcelona’s trequartista, dropping deep to receive the ball before playing in the mere mortals he calls team-mates. Think David Villa and Pedro in particular, when Pep Guardiola’s early-2010s Catalan giants wrote themselves into history as one of the most shimmering and accomplished sides of all-time.

Though, when Barcelona have been out of possession, the Argentinian has tended to contribute more to the pressing effort than your typical trequartista probably would. There has long been a misconception that Messi is ‘lazy’ or doesn’t run enough – perhaps it’s he’s just that good, he barely needs to break stride.

Messi’s performance in Barcelona’s 3-2 win at Real Madrid in April 2017, during which he netted his 500th goal for the club, felt one of the leading examples of all the good a trequartista can offer. And not just because he scored the winner in injury time.

His 72 touches at the Bernabeu that night were bettered by only Sergi Roberto, Sergio Busquets and Andres Iniesta, with Madrid boss Zinedine Zidane eventually withdrawing midfielder Casemiro due to him persistently tripping up Messi, thus running the risk of a red card.

That exact fate befell Sergio Ramos moments later, as he lunged in on Messi, who was on the receiving end of a game-high six fouls, including an elbow to the face from Marcelo.

And while Messi has perhaps garnered more of a reputation for cutting in from the right before causing untold damage, here he dominated from the middle.

Starting and ending attacks, complementing Luis Suarez and Paco Alcacer in attack, bringing the midfield into play, scoring twice, including an added-time winner – not a bad night’s work for a supposedly lazy footballer.

The 1980s and 1990s feels the golden age of the trequartista, with the likes of Michel Platini and Diego Maradona exemplifying what the position demands with devastating prowess, before passing that baton on to players such as Roberto Baggio.

More recently, we’ve seen trequartistas perhaps drop deeper than they used to – Messi in the above example, for instance. Yet what makes Messi’s mastery at the Bernabeu that night so perplexing is that the opposition manager – Zidane – also hit the gold standard of trequartistas in his playing career at Juventus.

Otherwise, though, genuine trequartistas seem to becoming more of a collector’s item in the modern game. Maybe it’s time to truly resurrect them on your next Football Manager save.