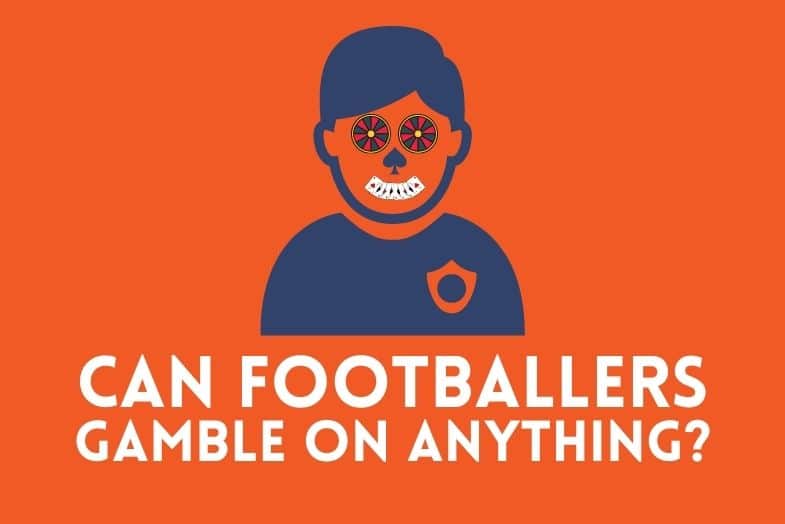 Betting on sporting events is a huge business, and football is obviously no exception. Millions of pounds are staked on the outcome of matches every single day around the world by punters who can choose from a range of markets, such as the correct score, bookings, first goalscorers and even the amount of throw-ins and corners awarded.

All of this means that there are opportunities for outcomes to be manipulated in favour of unscrupulous betters and bookmakers, and given the amount of money involved in football betting there is no shortage of people who attempt to take advantage of this.

So, can footballers bet on matches? And can they bet on other sports? There are clear rules in place to give us the answers.

In England, both the Football Association (FA) and the Professional Footballers’ Association (PFA) clearly state that footballers at any level are not allowed to bet on any match played anywhere in the world.

In fact, this rule applies to anyone involved in football, such as managers, coaches, club staff and match officials.

Can Footballers Bet on… Football?

Footballers at every level in England are not allowed to place bets on football matches anywhere in the world according to the rules set out by the FA.

As stated by the FA, a worldwide ban on betting on football is in place for all those involved in the game at Premier League, English Football League, National League and The FA Women’s Super League and The FA Women’s Championship levels, as well as those at clubs in the Northern, Southern and Isthmian leagues and all other participants who do not fall into these categories.

Players covered by the ban are prohibited from betting, either directly or indirectly, on any football match or competition that takes place anywhere in the world.

This also includes a worldwide ban on betting on any other football-related matter, such as the transfer of players, employment of managers or team selection. The passing of inside information to somebody that uses the information for betting is also prohibited.

Can Footballers Bet on… Themselves?

So while there was a traditional betting culture around football in years gone by, betting is one of the many activities now prohibited.

Can Footballers Bet on… Other Sports?

The simple answer here is yes, footballers can place bets on other sports over which they have no influence.

According to the PFA, footballers can gamble on any non-football-related betting markets, but it reminds members that studies have shown professional athletes are more likely to develop problem gambling habits.

However, despite this finding, not all sports are as tough on gambling as football.

Can Footballers Bet on… Horses?

Yes, footballers are allowed to bet on horse racing, and many do – in fact, many footballers and ex-footballers are involved in the racing industry as horse owners or trainers, including Michael Owen, Sir Alex Ferguson and Mick Channon.

Given the amount of money footballers can earn, and the prestige that comes with owning elite racehorses, the link between football and racing should come as no surprise.

Can Footballers Bet on… Boxing?

Footballers are allowed to bet on boxing and on all other non-football-related betting markets where they cannot influence the outcome.

What Happens if a Footballer Bets?

Footballers can face severe sanctions if caught betting on football markets, including heavy fines and lengthy bans, and many high-profile players have been caught betting illegally over the years.