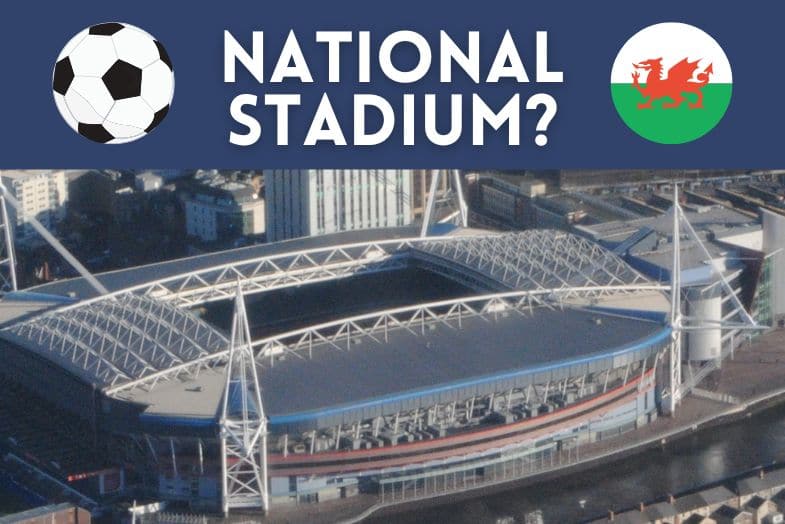 With over 74,000 seats and home to some of the nation’s most historic victories, the Millennium Stadium is currently the largest football ground in Wales and the ultimate stage for its sporting stars.

Once the official ground of the Wales national team, the now-named Principality Stadium became a fortress for the Welsh side between 2000-2009, where The Dragons defeated European heavyweights like Germany and Italy in front of record-breaking crowds.

Despite past success, the Wales national team has since moved from the historic stadium and now play their home games elsewhere.

But why did they move to the smaller stadium? And where do the national team play their home games now?

Where Do Wales Play International Games?

The Cardiff City Stadium is the current home ground for the Wales national team after the side moved from the Millennium Stadium.

Cardiff City Stadium is based in Leckwith, Cardiff, and is also the home of the English Football League Championship team Cardiff City Football Club, one of the biggest domestic football sides in Wales.

Meanwhile, the Millennium Stadium is home to the Wales national rugby union team and is still the largest sports ground in the country.

After a lengthy period of poor performances, the Welsh side saw their supporting numbers drop to under 10,000 in the 74,000-seat stadium in the 2016 fixture against Belarus, a record low for The Dragons.

After moving to the smaller 33,280-seat Cardiff City Stadium, Wales saw their home fixtures reach sell-out numbers in the capital. The increased crowd size was followed by a string of impressive performances from the Welsh squad, helping rebuild the excitement for international fixtures in Wales.

In September 2021, it was rumoured that the Football Association Wales were attempting to mark a return to the Millennium Stadium for the national team as excitement built for the upcoming 2022 World Cup in Qatar.

Fast forward to 2022, Wales have qualified for the 2022 World Cup – their first qualification for the tournament in six decades (since 1958) further highlighting the change in fortunes for the national team.

When Did Wales Move to Cardiff City Stadium?

Wales officially moved to the Cardiff City Stadium in 2009, playing their first game at the new ground on the 14th of November against Scotland.

After a 3-0 victory against the Scots, the Football Association of Wales announced in 2010 that the national side would play their upcoming UEFA Euro 2012 qualifiers at the Cardiff City Stadium.