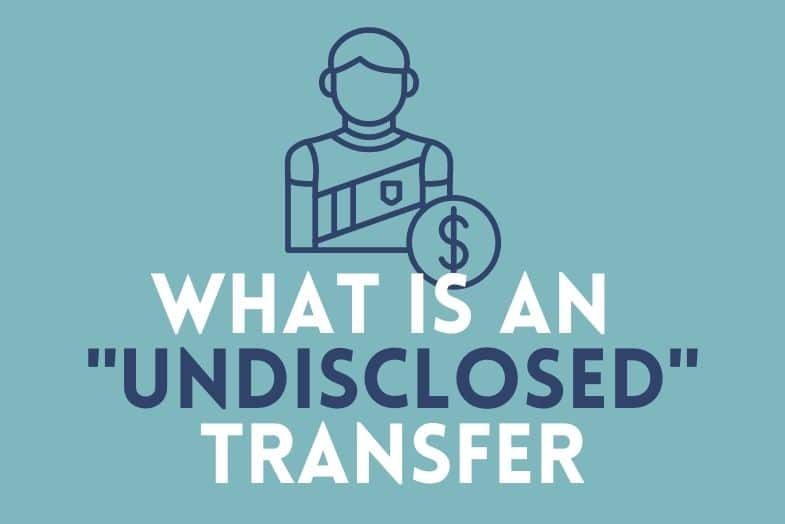 The “big name”, “big money” signing. The new player that gets the fans excited, puts bums on seats in stadiums and boosts season ticket sales.

No matter what level of football you follow, new signings often get the fans’ juices flowing, and even more so if your club has shelled out a big fee (relatively speaking of course) to secure the new man’s signature.

However, it is more and more common for a player to arrive at a new club without the fans actually knowing how much he has cost.

Instead, it is reported that the clubs involved have agreed an “undisclosed fee” for the player.

So what does this actually mean, why is it increasingly common and what advantages does it have for all parties involved in a transfer?

What is an “Undisclosed Fee” in Football?

When a player is transferred, a fee is agreed between the selling club and a buying club; when both parties agree that the fee shouldn’t be made public, they announce that it is “undisclosed”.

Transfers are increasingly complex in football, and there is an argument that fees are sometimes undisclosed because it is very difficult to put an actual figure on the deal.

Once add-ons, sell-on clauses, staged payments, bonuses and the like are added to the transfer mix, what exactly is the player in question worth, and will the “fee” made public actually represent what the deal is worth?

Why Are Some Football Transfers “Undisclosed”?

Some transfer fees are undisclosed because either one of the clubs involved, or even the player himself (or his agent), does not want the agreed fee to be released into the public domain.

There can be several reasons for keeping a transfer fee undisclosed.

For example, a buying club might be happy to keep the fee undisclosed if they feel they have been forced into paying over the odds for a player they wanted to bring in, and thus risking the wrath of fans for paying too much or if the move doesn’t go well and the player disappoints on the field.

Conversely, the selling club may want to keep the fee undisclosed if they have failed to secure the fee they wanted for the player, or in some instances if they have received less that they bought him for.

Despite being coy in public, the leagues involved and the tax man have to be informed of the fee due to VAT requirements.

There are various benefits of an undisclosed transfer fee for the clubs and players involved, including rival clubs not knowing what your transfer kitty “war chest” is and reducing the pressure on a “big money” player when he arrives at a new club.

If a club is seen to be splashing out big money on signings, chances are that the next time they approach a club about a player they will be quoted a bigger figure than they might expect.

The process involved in two clubs agreeing a transfer fee can become a cat-and-mouse affair, with the club that blinks first often ending up paying more or receiving less than they bargained for.

It can also suit the player involved for the fee to remain undisclosed, particularly in cases where the player requires a little protection from the expectations that come with a relatively large transfer fee at any level of the game.