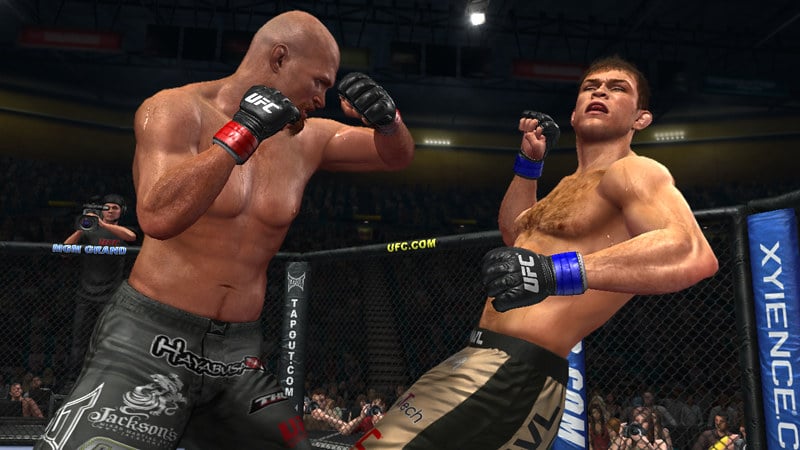 Why is it that Ben Askren and Tyron Woodley are making more in boxing matches against YouTubers than they ever did as top-level UFC (Ultimate Fighting Championship) fighters? Does mixed martial arts (MMA) really pay as badly as that would suggest?

Here, we’ll compare the pay scales of both UFC and boxing, as well as looking at why one is popular and richer than the other. How much does the UFC pay fighters, and likewise boxers from the various boxing organisations? And Who wins in a boxing vs UFC salary clash? Let’s find out:

Each UFC competitor has a base salary they earn for making weight and fighting, yet this in itself varies from fighter to fighter. As a general rule, though, the more popular you are, the more money you’ll earn from stepping into the Octagon.

Again, how much a boxer is paid depends massively on the profile of the fighter.

Journeymen boxers could earn up to £1,000 per bout, while a up-and-coming young prospect may earn somewhere between £2,500 to £5,000 each outing. Across 12 months, an impressive boxing talent involved in several fights could earn them a pre-tax salary of about £25,000, per Business Insider.

Then, of course, you have boxing’s headline acts, who live in an entirely different stratosphere. For instance, Anthony Joshua reportedly earned about £46 million from his rematch with Andy Ruiz in December 2019, having supposedly pocketed roughly £18 million from their first fight.

But only boxers in the top one per cent like Joshua make more than a million a year; the average annual salary for a boxer, in fact, is thought to be somewhere near the £36,000 mark.

Though the UFC is undoubtedly on the rise, it still lags behind boxing in the revenue stakes.

Business Insider also report that, as of January 2020, the best-selling fight night in history was Floyd Mayweather’s boxing match with Manny Pacquiao in Las Vegas in May 2015, as an estimated 4.6 million bought ‘The Fight of the Century’.

It smashed revenue records in the US, making roughly $410 million in PPV sales alone. Seven of the top ten best-sellers are boxing matches, in fact.

Who Gets Paid More: UFC or Boxing Fighters?

In general, boxers get paid more than UFC fighters, for reasons we’ll outline further in the next section.

Why are Boxers Paid More Than MMA Fighters?

Because, put simply, boxing is still the more popular sport.

It’s more established (despite the MMA’s exponential growth of late), creates more revenue and arguably has greater variety and competition than the UFC – there are more titles in each weight class to fight for, for example.

It may overtake boxing in the popularity stakes one day, and certainly pays most if not all of its competitors handsomely, but there’s still some way to go in that regard for MMA and the UFC yet.