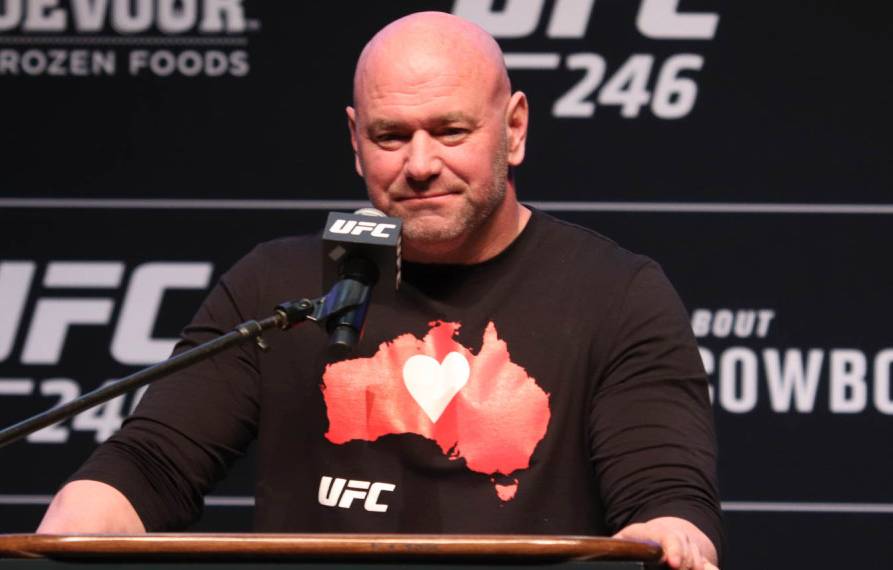 Wanted to know quite what the original UFC rules entailed? Keen to find out the biggest UFC weight cuts, or why fighters cut weight at all? Ever wondered why UFC fighters wear gloves?

Here, we’ll take a look at each of these FAQs in the UFC world and answer them in as much detail as possible for you. And if there’s still plenty more about mixed martial arts or UFC that you’re left wondering about, feel free to check out our other piece on the sport.

We’ve covered the size of the Octagon arenas, the rules surrounding recreational drug use, betting and more, a list of current British UFC fighters, 50 of the best MMA quotes, and a debate on whether it has surpassed boxing in terms of popularity.

What Were The Original UFC Rules?

When it first formed in 1993, the original rules of the UFC were that “There are no rules.” Which, despite the catchy slogan, was a myth, of course.

At ‘UFC 1: The Beginning’, the first MMA event by the UFC held in November 1993, the idea was to make this eight-man tournament look as brutal as possible to those either at the McNicholas Sports Arena in Denver, Colorado (7,800 attendance – less than half-full) and to those watching via pay-per-view (86,000 buyrate).

With this in mind, the following rules were put in place:

Brutal much? Well, the first match of UFC 1 saw Dutchman Gerard Gordeau kick Telia Tuli, already on the floor, so hard in the face that one of his teeth went flying past the announcer’s table.

Yet perversely, the negative press that the competition inevitably garnered at first in fact helped boost its pay-per-view and VHS sales – UFC 2 in March 1994, for instance, had a buyrate of 300,000.

Why Do UFC Fighters Cut Weight?

It’s an excruciatingly painful and dangerous way to do it, but UFC fighters cut weight primarily so they can fit the criteria for a certain weight class.

This revolved mostly around reducing your body’s ‘water weight’. Fighters may stop eating and drinking, sleep wrapped in duvets and plastic or spend extensive periods of time in saunas, for instance. Alternatively, they may eat meals rich in fat and protein and low in carbohydrates, starches or sugar, gradually reduce their water intake, and cut salt out of their diets entirely.

Competitors can lose up to 30lbs before a fight within a 48-hour period, and are given 24 hours to rehydrate after a weigh-in for a professional bout (i.e. in UFC).

How Much Weight Do UFC Fighters Cut?

As we mentioned in the last answer, 30lbs in two days is the maximum a fighter can lose – some of which they will then put back on in the 24 hours between the weigh-in and the bout itself.

There have been some fairly horrifying tales of weight-cutting going wrong in UFC, though. In November 2013, Ronda Rousey dropped 17 pounds in one day as a way of underlining how crazy it really is. While filming season 18 of The Ultimate Fighter, she supposedly spent five hours in a sauna to show a contestant who had missed weight just what it was like.

Elsewhere, former UFC Women’s Bantamweight champion Holly Holm became almost synonymous with losing ten pounds on the day of her weigh-ins, Conor McGregor dropped to 145lbs for his featherweight bout with Dennis Silver in 2015 before fighting Nate Diaz at 170lbs a year later, and Darren Till collapsed, lost his vision and shed as much as 2.5kg in one night in his race to make the UFC welterweight limit before his 2018 fight against Stephen Thompson.

Not to mention Cris Cyborg, the current Bellator Women’s Featherweight World champion, who lost an agonising 26lbs in three days when trying to cut from 175 to 140lbs for one of her early UFC fights.

And while it wasn’t in UFC, some fighters has even died weight-cutting; Leandro Souza, a Brazilian who passed away in 2013 having taken diuretics to help him shed pounds, and Yang Jian Bing, a competitor in the Singapore-based ‘ONE Championship’, who suffered cardiopulmonary failure on the day he was set to fight Geje Eustaquio.

Why Do UFC Fighters Wear Gloves?

As we said when talking about the original UFC rules, fights were initially bare-knuckle affairs. That changed at UFC 14 in July 1997, when fighters were required to wear gloves weighing between four and six ounces.

Typically, MMA gloves will provide most of the hands with protection, but the fingers will be left free in case of grappling manoeuvres like clinch fighting or submissions.

Why wear these? Well, for starters, they provide obvious protection and also prevent cuts on the face. The bones of your hands are particularly fragile and can break even with gloves on when throwing punches, not least when aimed at the most dense bone in the human body – the skull.

Gloves will also help reduce the layoff between fights, which in turn means a fighter’s career can enjoy greater longevity. Plus, if fighters can hit harder, it undeniably makes the bout a more gripping spectacle, as well as reducing the fear of injury in attempting a knockout blow.