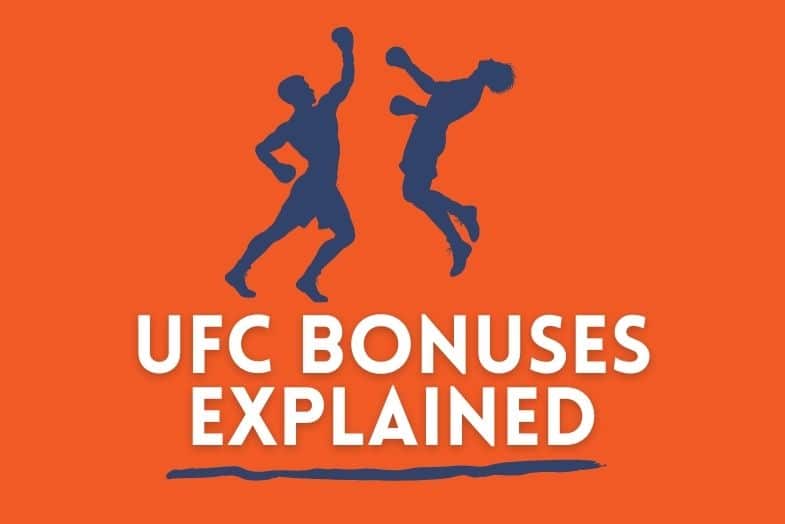 The UFC has evolved since the accusations of barbaric action in its early years to one of the biggest sports organisations in the world. As mixed martial arts continues to grow as a sport, the UFC remains the go-to promotion to watch the best on the planet compete. It’s where you can see the best knockouts, submissions and tactical battles, all inside the Octagon.

But, sometimes it can feel as though there isn’t as much action as you would expect from two fighters with often contrasting styles duking it out. That’s where the UFC has a little trick up its sleeve to give fighters some incentive to put on a show.

Fighters are financially motivated to put on a good show for the fans with bonuses, but what exactly are the bonuses in the UFC? Let’s take a closer look at how UFC fighters can earn more money through performance-related bonuses.

How Do Post-Fight UFC Bonuses Work?

Throughout much of the UFC’s history, fighters have been given the incentive to put on a good show. Today, fighters are awarded $50,000 post-fight bonuses for Fight of the Night and Performance of the Night. In the past, bonuses were also awarded for Knockout and Submission of the Night.

The Fight of the Night bonus was first awarded in 2006 at UFC Fight Night 3. Melvin Guillard and Josh Neer were awarded the inaugural bonus, thanks to Neer’s first-round victory by triangle choke.

The UFC debuted its Knockout of the Night bonus at The Ultimate Fighter 3 Finale, as middleweight Luigi Fioravanti defeated Solomon Hutcherson with a KO punch in round one.

UFC Fight of the Night Bonus

The UFC Fight of the Night bonus is awarded to the two fighters who put on the most entertaining bout on the card. This could be because it was an all-action contest where the balance shifted back and forth, or the technical skills on show were of high quality.

UFC Performance of the Night Bonus

The UFC Performance of the Night bonus was introduced in 2014. It is awarded to the fighter who puts on the best individual performance on the card. This bonus is awarded for exciting or technically superior performances and can be given to more than one fighter in an event.

Quite simply, the UFC Knockout of the Night bonus was awarded to the fighter who had the most impressive, exciting or technical knockout on any given card. It was discontinued in 2014 and became part of the Performance of the Night bonus instead.

Perhaps it won’t surprise many people who have followed the UFC throughout its rise to the top that Anderson Silva has won the most Knockout of the Night bonuses. The Brazilian middleweight was a one-man highlight reel during the peak of his career. His seven Knockout of the Night bonuses will remain as the greatest of all time, unless the award is reinstated by the UFC in the future.

Do UFC Pay Bonuses for Knockouts?

UFC fighters get a win bonus, regardless of the method. That means that UFC fighters do not necessarily get paid anything out of the ordinary for knockouts. However, if the knockout proves to be exciting or technically impressive enough, they could win a Performance of the Night bonus.

An exciting knockout that brings the house down could still see a UFC fighter enjoy a big payday. They can potentially earn a Fight of the Night and Performance of the Night bonus on top of their contracted pay.

Who Has the Most UFC Bonuses?

Most UFC Fight of the Night Bonuses

Most UFC Performance of the Night Bonuses