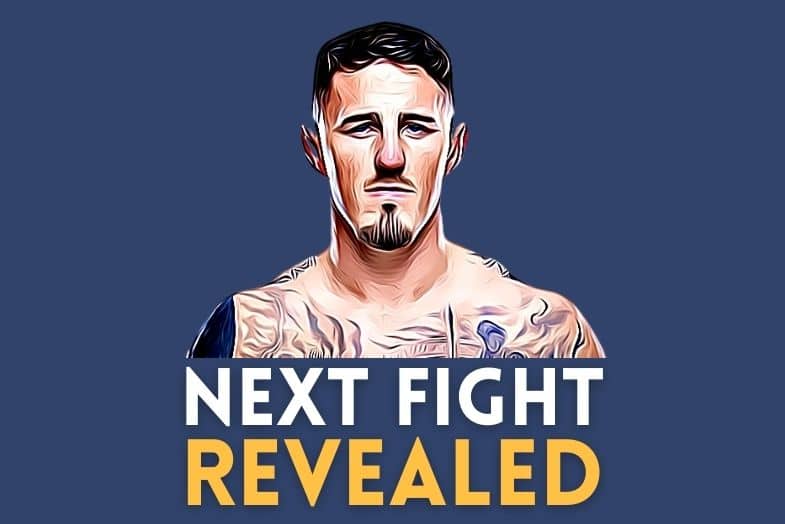 Lightning fast, incredibly efficient, and standing at a towering 6ft 5in, Tom Aspinall has all the tools needed to become a UFC champion in the not-so-distant future.

A skilled fighter in Jiu-Jitsu, wrestling, boxing, and MMA, Aspinall’s journey from being thrown around on his father’s training mats as a child to breaking a UFC record as the fastest fighter to win five UFC fights (14:24 minutes) has been a thrilling journey.

Despite his intimidating size, the 252-pound Briton has also received high praise from fans, coaches, and everyone in between for his quick movement and speed. Now tipped as a future champion and potentially Britain’s next ‘big thing’, Aspinall has the chance to climb the rankings of the UFC Heavyweight division.

So how did Aspinall reach this level? And what might his future in the promotion look like?

Where is Tom Aspinall From?

Born and raised in Salford, Manchester, Tom Aspinall has developed from a young fight enthusiast to one of the UFC heavyweight division’s top highlight reels.

With father Andy Aspinall, a Brazilian Jiu-Jitsu black belt and a coach for Team Kaobon, raising him in the world of combat sports, it is little surprise that his son has thrived in the UFC.

Aspinall is undefeated since making his UFC debut on Fight Island in July 2020 with his UFC record standing at 5-0.

Is Tom Aspinall From Liverpool?

Although he currently trains in Liverpool, Tom Aspinall is originally from Salford, Manchester, where he developed his love for wrestling, Jiu-Jitsu, boxing, and MMA.

Where Does Tom Aspinall Train?

A proud member of Team Kaobon, Tom Aspinall trains in Liverpool with the team his father, Andy Aspinall, coaches. Training alongside UFC middleweight Darren Till, Aspinall has shared the Kaobon gym with retired UFC veterans Paul Kelly and Paul Taylor, further emphasising the impressive training team he has developed.

Aspinall also spent a period of time with London-based MMA promotion Cage Warriors in 2019, winning both of his two fights in a combined time of two minutes and 17 seconds, he would eventually join UFC in order to compete with a higher-level heavyweight division.

Mir himself has further fueled the humorous comparison, taking to Twitter to post “Welcome to the family my son” concerning Aspinall’s debut KO victory in March 2020, unofficially welcoming the young fighter to the heavyweight division after Aspinall defeated Jake Collier in the first round of his debut fight.

“I don’t want to be in there for longer than I need to be. If I can finish it, I’ll finish it. Every time.”

Tom Aspinall’s next fight will take place against Curtis Blaydes when the UFC returns to London for the second time in 2022 later this year.

As the number four contender in the heavyweight landscape, Blaydes is a solid match for the orthodox style of Aspinall, further exciting fans for this heavyweight clash.

While Tom Aspinall’s next UFC fight will be against Curtis Blaydes in 2022, there are still heavy rumours circling for future fights if the Salford-born fighter is victorious.

Aspinall most recently called out heavyweight Tai Tuivasa for his next fight, however, the Australian played down the rumours of a potential fight soon by declaring his intentions to face former champion Stipe Miocic next.

As Aspinall currently sits at number six in the heavyweight rankings, a more likely match-up for the Briton could be knock-out specialist Derrick Lewis or potentially Ciryl Gane who at the time of writing this is only behind injured champion Francis Ngannou in the division rankings.