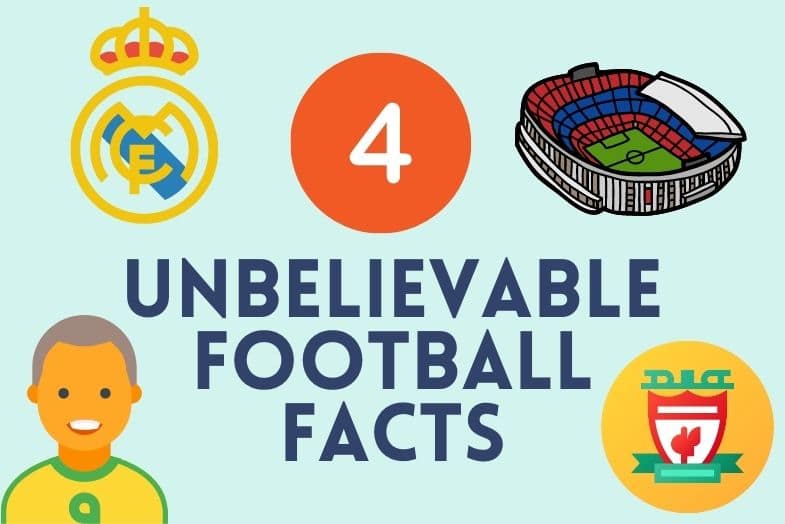 We all love a bit of football trivia, and the more unusual the better. So, we are going to explore some of the footballing world’s most surprising facts. You never know, some of these zany bits of trivia might come in useful at some point.

Just think about this for a second. One of the biggest clubs in world football didn’t win their domestic title for three decades. The Anfield club won the title in 1990 and very few fans on The Kop would have anticipated such a long wait for the next triumph. However, successive managers failed to bring the glory days back to the club.

Following a few near misses and an almighty slip-up in 2014, they finally lifted the trophy in 2020. Due to this achievement, Liverpool manager Jurgen Klopp and all the players involved will go down in history at Anfield. But how long before they win the title again?

Real Madrid’s history is intertwined with the European Cup. As a result, this is another fact that is hard to believe. Real Madrid dominated the competition in its early years. But, following their success in 1966, they didn’t win again until 1998. On that occasion, they beat Juventus 1-0 at the Amsterdam Arena.

Their last success was in 2018. Despite this, fans, punters and sportsbooks alike won’t be expecting to have to wait another 29 years. However, many established sportsbooks, such as Mr Green, are giving them odds of 20/1 to win this season’s competition. While it still denotes a decent chance, it doesn’t seem that the side are quite as favoured as they once were.

However, Theo Walcott will have always have more goals in this particular competition. One of his most memorable moments came in the first leg of the Quarter-Final in 2010. Walcott’s strike brought The Gunners back into a game that even the most optimistic fans thought was beyond them. They were knocked out by Barca but we will never forget Walcott’s contribution to the first leg.

Dundee United have a 100% record against Barcelona

Dundee United’s recent history is very mixed, having recently been in the second tier. But the Scottish side have had periods where they were strong with regular appearances in European competition. One particularly interesting example of this is when they met and beat Barcelona in 1967 in the Inter-City Fairs Cup. Twenty years later, they faced off in the UEFA Cup. This time, they progressed 3-1 on aggregate after a tense second leg at the Nou Camp.

It is a remarkable record that is probably the envy of most clubs across the continent. Will the two teams ever meet in competitive action again?