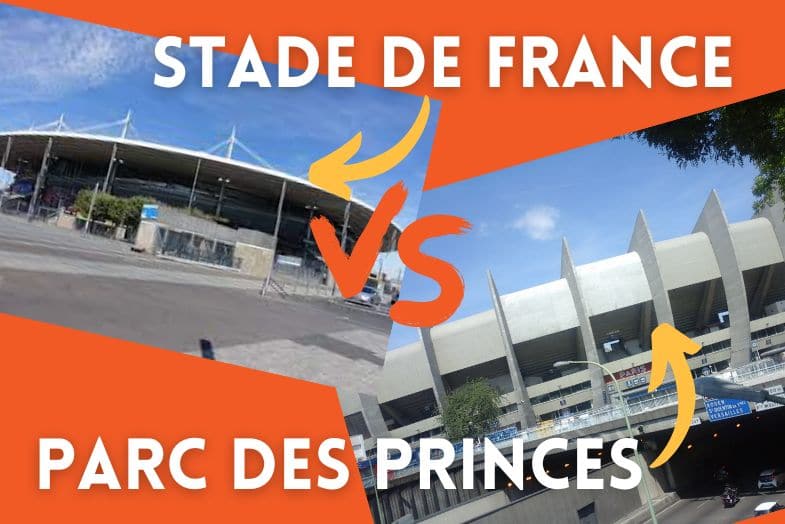 While France is the home to some of the most wonderful football stadiums in Europe, two of the country’s most famous stadiums are situated in Paris. Of course we’re talking about the Stade de France and the Parc des Princes.

Perhaps some would question the necessity of having two large grounds in the French capital, but let’s remember that London boasts dozens of football stadiums. So is it too much for the City of Light to have two major stadiums?

Surely not, especially with each ground having its own purpose.

So which team plays at the Parc des Princes? And what about the Stade de France? And which ground has the larger capacity?

Since the club’s founding in 1970, PSG has never adopted the Stade de France as its home ground, but the capital side took part in fixtures that were held at the stadium as a neutral avenue, mainly finals of the Coupe de France and the Coupe de la Ligue.

When PSG were first founded in 1970, the Stade de France didn’t exist yet. The club adopted several ground during its first years, including the Stade Municipal Georges Lefèvre, the Stade Jean-Bouin, the Stade Bauer and the Stade Yves-du-Manoir, before settling at the Parc des Princes from 1974 onwards.

So by the time the Stade de France opened its doors in 1998, the Parisian side already had a comfortable home that happens to more suitable for a club.

It should be noted that the Parc des Princes is one of the oldest stadiums in France, initially inaugurated in 1897, but it has been renovated twice, the first time in 1932 and the second in 1972.

The Stade de France is the official home of the French national team, hosting the vast majority of Les Bleus’ matches in football as well as rugby. However, no club plays its home fixtures at the Stade de France.

Nonetheless, the Saint Denis stadium (as it’s sometimes referred to) occasionally hosts some of the most prestigious fixtures in French club football, mainly cup finals, as well as other social events and major concerts.

Think of the Stade de France as the French equivalent of Wembley.

Do PSG And France Play in the Same Stadium?

Paris Saint Germain and France don’t share the same stadium. PSG plays at the Parc des Princes, while the French national team considers the Stade de France to be its official home.

However, it should be noted that the two teams used to share the Parc des Princes before the launching of the Stade de France ahead of the 1998 World Cup. Afterwards, the national team rarely played at Parc de Princes, with its last fixture dating back to October 2013, where Les Bleus registered a 6-0 win over Australia.

Finally, it’s time to highlight some of the differences between the Parc des Princes and the Stade de France.