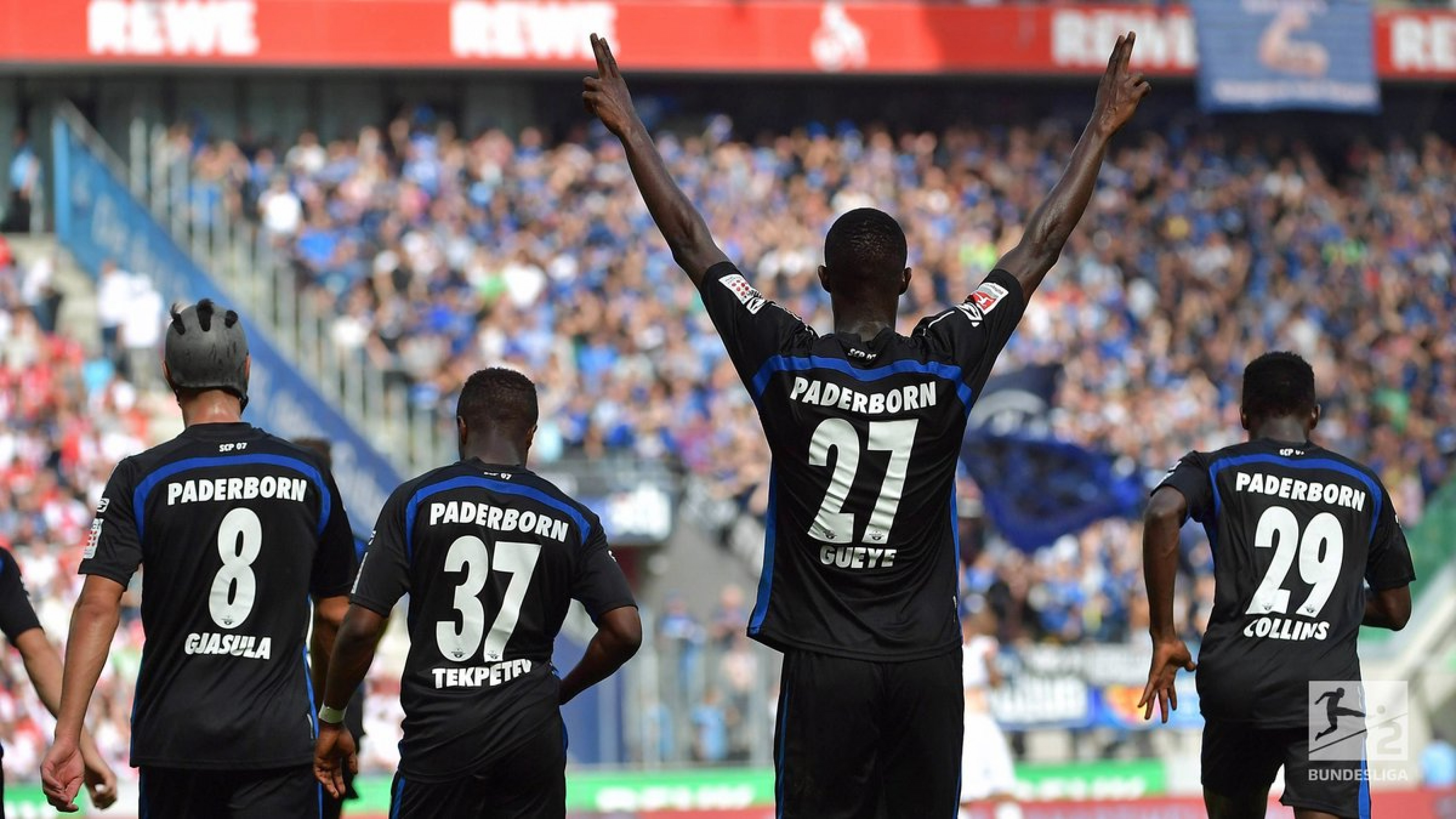 In May 2014, they finally did it. Having begun as an amateur outfit, before languishing in the lower reaches of German football for years, SC Paderborn won promotion to the top table, the Bundesliga, for the first time in their 107-year history.

The ecstasy did not end there, though. It ended after four games into their debut season in Germany’s highest football order, when they sat top of the pile, thanks in no small part to an astonishing 82.3 metre-strike from midfielder Moritz Stoppelkamp to seal a 2-0 win over Hannover 96.

A club with a modest 15,000-seater stadium and an even tinier budget, this was simply not in the script. Indeed, it was not until as recently as 2005 that the club even turned professional.

Manager André Breitenreiter had already achieved the impossible, leading the club to promotion in his first year in charge before this unprecedented early success.

But still, he dreamt of more, telling Spiegel in October 2014: “You can always improve. We too, with our options, with players who come largely from the third and fourth league and now prevail against Bundesliga players. I do not want to rest on this success.”

Reading those quotes back now, though, they can only digested with a hefty side-order of pathos. Because what followed was a dramatic and seemingly irreversible fall from grace for the club which would plunge them right back to where they started.

A 4-0 defeat at Bayern Munich was the first major thud, and by the winter break, they had fallen to tenth. But all was not lost; a mid-table finish for novices at this level would still have marked an exceptionable achievement, perhaps even eclipsing promotion the year before.

It was the second half of the campaign when things began to go horribly wrong. The 6-0 home defeat to Bayern in February. The 4-0 drubbing away at Eintracht Frankfurt. And the three consecutive defeats in their final trio of games which, ultimately, proved terminal.

Though they did not enter the bottom three until as late as March, the rut proved impossible to truly halt. In the end, nobody lost more games (17), conceded more goals (65) or had a worse goal difference (-34) than Paderborn in the Bundesliga, a league which they propped up. From the dizzying highs of September, came the devastating, crushing blow of May.

There was more to come, though. Much more, in fact.

That summer, Breitenreiter left for Schalke 04, and in his place came interim boss Markus Gellhaus. He lasted merely until early October 2015; by which time Paderborn, 15th, had taken only seven points from their opening ten games and had lost to the previously winless MSV Duisburg the night before.

Next into the hot seat came former Bayern Munich and Borussia Monchengladbach midfielder Steffen Effenberg, a man known more for his work in punditry than on the training ground; Paderborn was his first and, to this day, only managerial role.

He declared himself ‘The New One’ following his appointment, but there proved barely anything new about his side’s fortunes from then on.

In fact, despite winning his first two games, Paderborn only declined further on his watch, and in March, having failed to achieve a third league victory, Effenberg was put out of his misery.

Next man up: academy coach Rene Müller. But by then, it was too little too late. Paderborn could only take nine points from his ten matches in charge and finished bottom of the 2. Bundesliga, the same division they had finished runners-up in just two years earlier.

Again, their campaign was shrouded in ignominious statistics: fewest wins (six), most defeats (18), worst goal difference (-27) and, of course, three different managers. They say it’s never easy to bounce back from the drop, but even this would have seemed far-fetched among the pre-season predictions.

How do you recover from a double drop, then? Well, in Paderborn’s case, they didn’t.

An inevitable, if still enormous squad overhaul took place; 20 came in and the same amount went out, and the lack of chemistry was soon exposed. A 6-0 defeat in November to Sportfreunde, playing in the third tier for the first time, which left Paderborn 15th, was Müller’s last stand.

And so in 2016-17, their first season in 3. Liga for eight years, Paderborn changed managers twice for a second consecutive campaign. Steffan Baumgart, despite attaining 11 points from his first five games, could not prevent them finishing 18th, occupying the third and final relegation spot back to amateur football in the Regionalliga.

It should have been the lowest ebb in the club’s entire history. No club had ever suffered three successive relegations from the Bundesliga to non-league. But then, from nowhere, came some sort of divine intervention.

Thanks to the demotion of the financially crippled 1860 Munich due to their failure to pay their €10 million licence to compete in the third division, Paderborn earned a reprieve. Since this closest of shaves, they’ve never looked back.

Under Baumgart, successive promotions followed; the German’s swashbuckling, attacking style of play spearheading Paderborn’s remarkable return back to the Bundesliga for the 2019-20 season.

A 3-1 final-day defeat to mid-table Dynamo Dresden in May 2019 left them needing a favour from Vfl Bochum, who would need to take points off fellow promotion contenders Union Berlin to seal Paderborn’s return.

Thankfully, it duly arrived. Berlin found themselves two goals down with ten minutes left, and though late strikes from midfielders Grischa Prömel and Joshua Mees levelled matters, it was not enough. By virtue of a superior goal difference, Paderborn pipped them to the post. Automatic promotion back to the Bundesliga was confirmed.

“In the last years, everybody has been laughing about the team and about Paderborn. This is great for the town as well as the club,” captain Christian Strohdiek, who was has spent all but one season with the club since 2007, told the BBC earlier this week.

“You lose confidence and you can’t believe that these things are happening to your team and the city. You end up in a deep black hole with no way to fight out.

“To be top of one of the best leagues was amazing, the best feeling. Maybe we can do it again, maybe not.”

And in May 2019, after taking their fans on the most draining of white knuckle rides, they finally did it again.