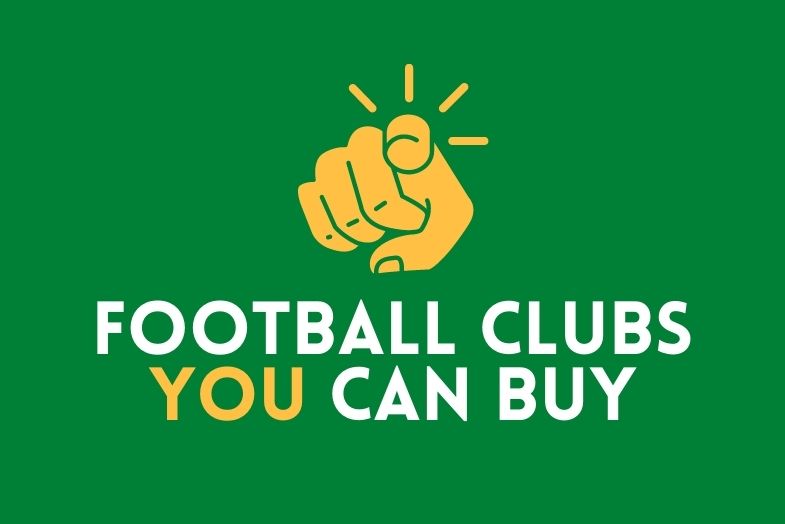 Many football fans fall in love with a club at a young age and follow their team for the rest of their lives. It is a bond between club and fan that often cannot be broken. Football supporters go through life feeling as though the club they support is a part of their identity and their life, so the successes and failures become their own.

Football fans spend on average £1,888 each for following their team during the 2019/20 season. With such a deep love, wouldn’t it be great if the average fan could influence the decisions made at their club?

Some fan-owned clubs do just that, while government-owned clubs like Real Madrid give fans voting rights. Publicly traded clubs, on the other hand, allow fans to invest in their team and buy shares on the stock market.

While it might not give the average fan a controlling stake in their club, they can at least own a little slice of the team they support. So, let’s take a closer look at publicly traded football clubs and which teams have floated themselves on the stock market.

Are Any Football Clubs Publicly Traded?

Some of the biggest clubs in the world are publicly traded with perhaps the most famous example being Manchester United. However, the English powerhouses aren’t alone and other publicly traded football clubs include Juventus, AS Roma, Borussia Dortmund and Celtic.

A publicly-traded company is a corporation or business that has sold its shares on a public stock exchange like the New York or London Stock Exchanges. Those shares must have been offered to the general public in an initial public offering. With anyone initially free to purchase shares in the business, or in this case football club, those willing to invest more money gain more control.

Football clubs that float themselves on the stock market can be open to investment but it’s tough to buy enough to start affecting decisions at the board level. Typically it would require investing millions in a football club to get to such a high level. Unfortunately, with such a large investment required to take controlling shares of a club, fans looking to oust bad owners can’t just buy them out.

Which Football Clubs Are Publicly Listed on the Stock Exchange?

Shares in some of the best-known football clubs are available to purchase in public stock exchanges. Manchester United was famously floated on the New York Stock Exchange in the 2000s, much to the dismay of the fans. Other famous publicly-traded clubs include Juventus, Celtic and Borussia Dortmund.

Ajax is another club with shares available to buy through the stock exchange, meaning anyone wanting to be a part of this club’s rich history can buy into it. But, is buying shares in a football club seen as a good investment?

This large gap in share value just goes to show the difference in how much Manchester United is worth versus Celtic. Despite both clubs having a rich history in the sport, Manchester United’s commercial pulling power sees its shares worth more than 10 times that of Celtic’s.

Other factors that influence football club stock prices are:

Where to Buy Shares in Publicly Traded Football Clubs

See where to buy shares in publicly traded football clubs below:

How to Buy Shares in Publicly Listed Football Clubs

The good news for anyone looking to invest in publicly listed football clubs is that it’s relatively easy to do. You just need to open a brokerage account on a share trading platform and put in enough funds to get started.

Look for available stock in your club of choice or other businesses that you may have an interest in. Once you have found the shares you think are worth investing in purchase as many as you would like or can afford.

When the shares are yours it’s now time to follow your investment and decide whether it’s worth selling or holding on to. As the price of your football club shares fluctuate you can find yourself making money or losing it, the risk is all yours!

If you’d like to buy shares in a football club, you can easily do so on eToro, which offers 0% commission (meaning you won’t be charged any additional fees).

You can currently buy stocks in the following clubs on eToro: