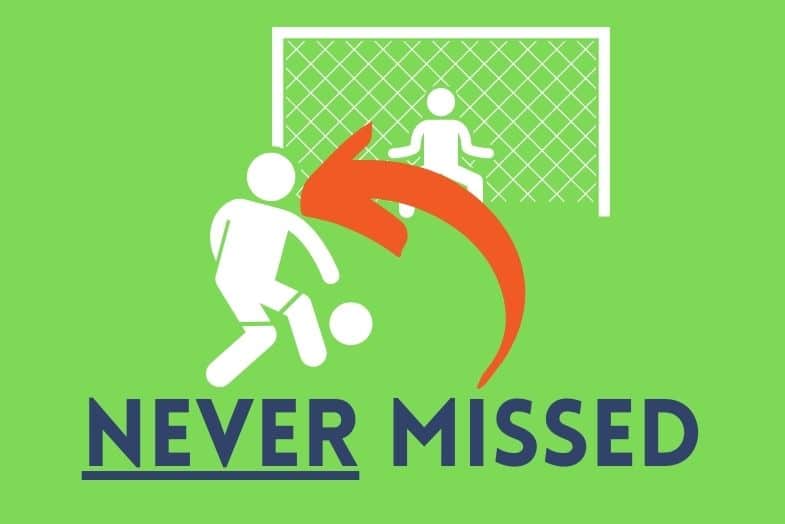 There’s nothing most of us love than spending a Saturday afternoon taking in the Premier League in all its glory. Sure, we get an occasional Burnley Long Ball™, or Mourinho parks the bus before kick-off.

But most of the time we get fast-paced action and plenty of drama – and there’s no better drama than penalties. Why was it given? Was it even a pen?

Did the penalty taker sky it into orbit like a true defender a la John Terry in the Champions League?

That begs the question, with everything on the line, who would you want on the spot?

To catch Danny Murphy at 94.7% Sir Harry will need to score his next 29 penalties. Salah will need to convert his next 18 pens to catch the former Fulham FC captain.

Who Has Never Missed a Penalty in the Premier League?

There are dozens of players who have never missed a penalty in the Premier League. This is because there are several who are very early in their playing career or rarely take a penalty for their club. Yaya Toure is the only player to take more than 10 pens and score them all, going a perfect 11 for 11.

Following behind Toure in the 100% club are Dimitar Berbatov (9), Rickie Lambert (7), and Jan Molby (7). Perhaps one day, a new up and coming star will catch Yaya’s perfect record; however, it seems unlikely to happen.

Outside of the Prem, plenty of players have never missed a penalty and made far more than 11.

During his time in the Premier League, Colombian Striker Juan Pablo Angel scored just 5 out of 10 penalties attempted. His conversion rate of 50% ranks him as the worst penalty taker in the league. Formerly of Tottenham and Sunderland, Steed Malbranque only managed one better than Angel, going 6 for 10.

With 33 attempts and 10 misses, Wayne Rooney is arguably the worst penalty taker in Premier League history. His conversion rate of 69.7% is more than 10 percentage points lower than any other player in the top 12 for penalties scored.

It must be something about playing in Premier League matches, as he’s actually 48 for 60 in all competitions–that’s a respectable penalty conversion rate of 80%!