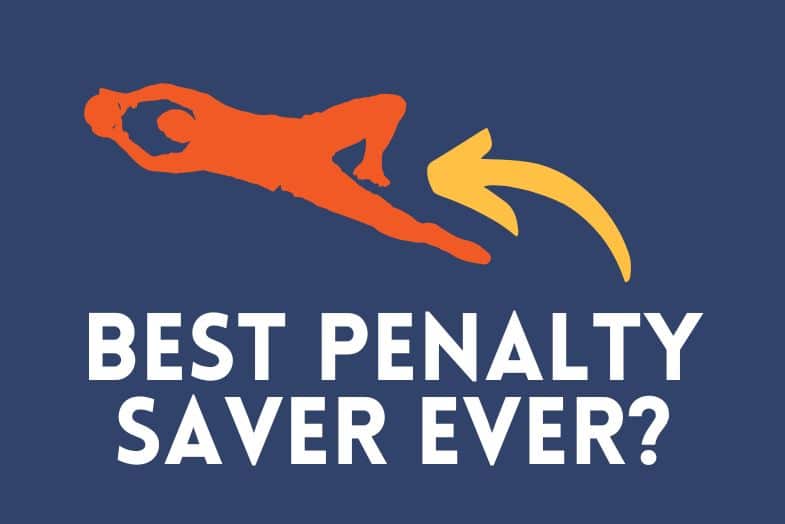 A huge roar goes up from the fans as the referee points to the spot and a penalty is awarded to their side – surely a certain goal, right?

In fact, the statistics show that as of 2021, 83% of penalties awarded in England’s Premier League were actually converted, with 12% saved by the goalkeeper and 3% missing the target completely.

The spot-kick takers in the EPL, whether strikers, midfielders or even defenders, are actually more reliable than most, as wider studies have shown that only around 75% of all penalties awarded are scored, with 15% kept out by the keeper.

So which stoppers have the best penalty-saving records in the Premier League?

And which current keepers would you back to make a save from 12 yards?

A further eight goalkeepers have saved four penalties each.

Polish stopper Fabianski is an expert in saving penalties. The ex-Arsenal and Swansea man and current West Ham number one has saved almost 25% of the spot kicks he has faced in the EPL.

World Cup winner with France and Spurs’ first-choice keeper Lloris has a record of having saved 5 of the 40 penalties he has faced during his EPL career.

Although five players have failed to score when facing Liverpool stopper Alisson from 12 yards in the EPL, he has actually only saved one of these attempts, Jorghino of Chelsea being the player whose effort was saved.

Manchester United’s Spanish goalkeeper De Gea has faced 36 penalties in his time at Old Trafford, saving four, with one other missing the target.

England’s number one Pickford has saved an impressive 17% of the penalties he has faced for Sunderland and Everton in the Premier League, well above the average save rate of 12%.

Brazilian Ederson has a similar record to Jordan Pickford, having saved 3 of the 18 spot kicks (16.6%) he has faced while playing for Manchester City in the EPL.