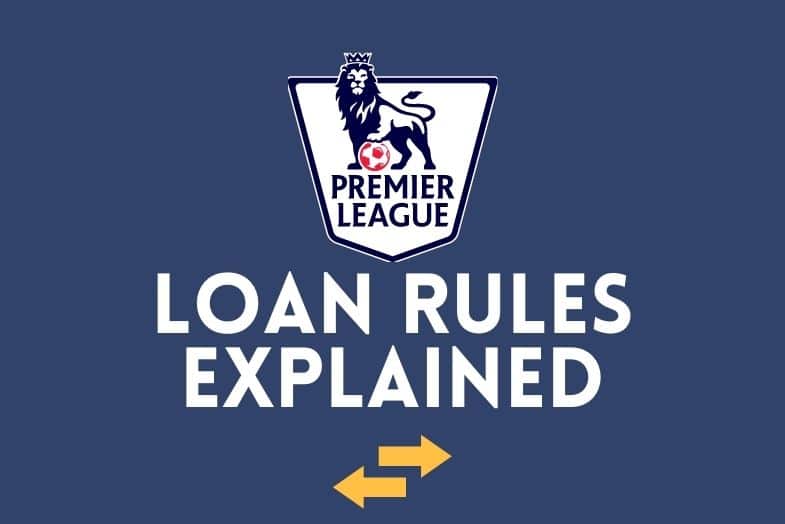 Since the introduction of the loan formula, football clubs – big or small – have massively benefitted from this system. For the big sharks, loaning out players provides them with some breathing room in order to sort out the squad while allowing their younger guns to nurture in a less demanding atmosphere.

On the other hand, the lower sides on the pyramid who can’t afford to splash the cash for top stars, get to add a few quality players to their ranks, albeit on a temporary basis.

Nonetheless, the excessive application of the formula has led to unhealthy sceneries, with some big clubs almost having an alternative roster sent out on loan, while some of the smaller sides build their squads on mud.

This chaotic situation has prompted football associations to act by setting up new rules that limit the number of loans allowed for each club. While FIFA has introduced a new law that will gradually decrease the number of permitted loan deals, the English Premier League already has its own rules on the matter.

So how many players can a Premier League team register on loan? Do EPL rules apply on foreign loans? And what are the most interesting stipulations in the league’s temporary transfers rules?

It’s time to reveal all the answers.

How Many Loan Players Are You Allowed in the Premier League?

According to the Premier League’s official handbook, a club can register a maximum of four players on loan during the course of the season, and only two at the same time.

This effectively means that an EPL club can only have two active players on loan. But in case one or more loan stints were terminated in the middle of the campaign, then the team can replace them with other loaned-in players, as long as the total number of loans per season doesn’t exceed four.

The limited number of players that a Premier League club can sign on temporary transfers is only applicable on local loans (from English and Welsh clubs). As the official EPL website confirms, loaning players from abroad doesn’t count towards the quotas mentioned above.

But as we said in the introduction, the new FIFA regulations intend to gradually limit the number of loaned-in and loaned-out players under all football associations to six per club. Hence, these quotas are surely applicable to a Premier League club that signs a player on loan from abroad.

Can You Loan More Than One Player From the Same Premier League Club?

Article V.7.5 from the Premier League’s handbook clearly prohibits a club from loaning more than one player from the same EPL side.

However, article V.7.6 offers two exceptions for the general rule. The first is when the initial loan switch turns into a permanent transfer, while the second exception is when an emergency situation ensues in the goalkeeping department, but it would require the approval of the EPL board.

Can Players on Loan Play Against Their Club in the Premier League?

According to the Premier League’s handbook article V.7.2, a loaned out player is prohibited from playing against his parent club.

Moreover, even if the player’s transfer turns from temporary to permanent during the course of his loan stint, the two sides may agree to prevent him from taking to the pitch against his former club until the end of the campaign.

In this section we’ll enumerate the most important loan rules applied in the Premier League.