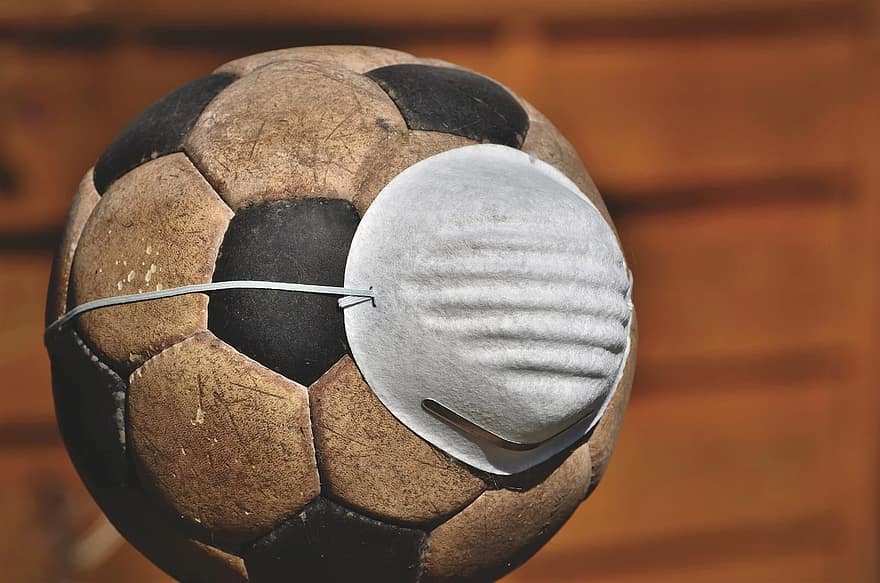 With regular testing, goalpost disinfecting and making away teams change in a Portakabin in the car park (in Everton’s case, anyway), the Premier League has, by and large, coped better than expected with the ongoing coronavirus pandemic.

Since it returned in June after 100 days of silence, the games have been a constant churn, some exhilarating, some sleep-inducing, be it the conclusion of last season or the beginning of 2020-21 since September.

At time of writing in late October, no Premier League game since June has been jeopardised by a COVID-19 outbreak at any club. In fact, the highest number of positive results in their weekly round of tests (excluding the off-season between late July and early September) was ten, from a possible 1,595 in mid-September.

But with cases rising sharply again as of late in the UK, it feels naïve to suggest this is totally out of the question, even with the measures in place to combat it. So, just what would happen in that hopefully avoidable event?

What Happens if a Premier League Player Gets COVID-19?

Firstly, as mentioned above, Premier League players (and staff members) are tested weekly, whereby a nasal swab is taken from the back of their throats through their airways, before being sent to The Doctors Laboratory in London.

If, when the results are returned within 48 hours of the test, a player tests positive, he and those he lives with must go into quarantine for ten days, in line with the British government’s guidelines. Whether he is asymptomatic, as many people who have contracted COVID-19 have been, is immaterial.

When Can a Player Play Again After COVID-19?

In line with Premier League COVID-19 rules, a player who has tested positive for the virus can return to action once they have served their period of quarantining and then return a negative coronavirus test result.

What Happens if a Whole Team Gets COVID-19?

Thankfully, we aren’t publicly aware of any instances of this yet – in the Premier League since its restart in June, at least.

There is no set protocol in place for this at this stage, perhaps owing to how few and far between positive tests have been across England’s top-flight. Should such a widespread outbreak occur, we could well be looking at another suspension of play similar to that between March and June.

And though it hasn’t happened in England’s top-flight yet, Juventus placed their entire squad into voluntary isolation in October after both Cristiano Ronaldo and Weston McKennie tested positive.

They had previously placed their squad into a ‘bubble’ on October 3 after two staff members also contracted the virus.

Can Premier League Matches Be Postponed Because of COVID-19?

It’s not off the cards (if an entire squad did indeed contract COVID then it would surely be an inevitability), but the Premier League appear to deem this a last resort.

With the 2020-21 season already starting five weeks behind schedule on September 12, the league are in a race against time to finish the campaign with three weeks to spare before the start of next summer’s European Championships and Copa America.

Which perhaps explains why clubs have been told that, unless they have fewer than 14 players available, including those in their under-23s or under-21s, their scheduled fixtures must still take place. Essentially, then, it’s largely being treated like any other injury.

Elsewhere, though it has been a more pressing issue. For instance, in September, the Czech Republic were forced to field an entirely new squad for their Nations League clash with Scotland after two players came into a contact with a member of their backroom staff tested positive.

And in League One in England, where testing is in place but less regular than in the Premier League, two of Accrington Stanley’s October fixtures were called off after eight players and a staff member tested positive, with manager John Coleman saying the club “basically closed down” as a result of the outbreak.

In the same league, the clash between Oxford and Crewe Alexandra was called off with little more than 30 minutes before its scheduled 3pm kick-off on October 3 after Crewe defender Omar Beckles returned a positive test on the morning of the match.

The game was then postponed again on October 13 after a further two Crewe players tested positive, with Oxford boss Karl Robinson saying his side should be awarded the points if Crewe were found to have broken COVID rules.

Will Teams be Docked Points if Their Players Get COVID?

Possibly, but only in the event of a club refusing to fulfil a fixture, for which an independent panel could impose punishments like a fine, or indeed a points deduction, as a result.

Likewise, clubs will be unlikely to have requests to postpone games granted if a player breaches Premier League coronavirus rules, such as by travelling abroad outside of club or international competitions.

There is already a precedent for this in Italy, though. Earlier in October, Juventus were awarded a 3-0 win over Napoli, who themselves were docked a point for failing to fulfil the fixture.

For Napoli, COVID-19 was found to have been contracted by two of their players, and they were ordered not to travel to Turin by their local health authority. They heeded this advice, and were subsequently punished by Serie A for doing so.

But for Napoli, docked points (or point, in their case) isn’t the end of the story. They later announced they had appealed the ruling, tweeting: “Napoli confidently awaits the outcome of the appeal, firmly believing in justice.”