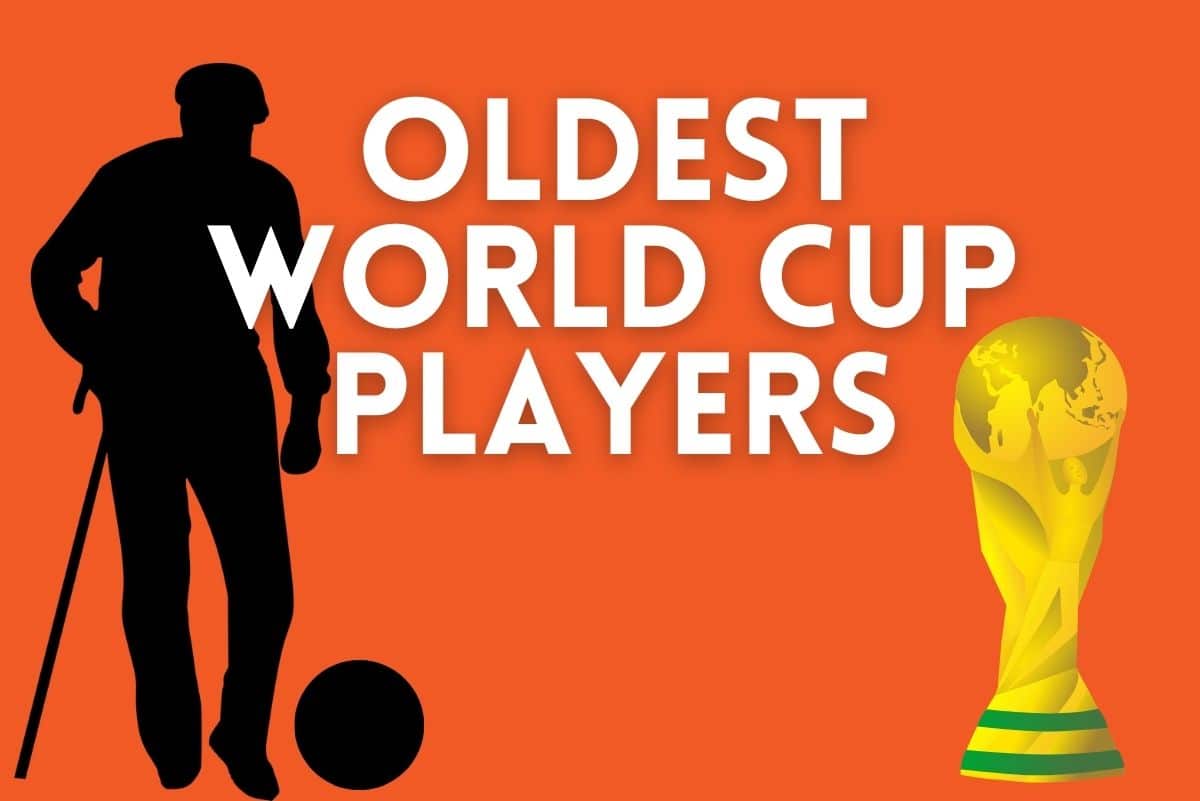 Twenty-four of the best national sides in the world will gather in the unusual setting of Qatar in the Middle East to compete for the famous old World Cup trophy.

Given the extreme heat that Qatar is known for, even playing in the winter is expected to cause problems for the players, despite efforts made to employ air conditioning to cool down the venues.

So while even the super-fit young modern footballers might need to acclimate to extreme conditions, how are those players who are perhaps reaching the end of their careers going to perform?

Who are going to be the oldest players in Qatar? Let’s investigate.

Who’s the Oldest Ever Player to Play in a World Cup? [RECORD]

The oldest player to play in a World Cup is Egyptian goalkeeper Essam El-Hadary, who was 45 years, three months and ten days old when he appeared against Saudi Arabia at the 2018 World Cup in Russia.

El-Hadary beat the record previously held by Colombian goalkeeper Faryd Mondragón, who was 43 years and three days old when he turned out against Japan in the 2014 World Cup in Brazil.

The oldest Home Nations player to appear at a World Cup is Pat Jennings, who played in goal for Northern Ireland against Brazil on his 41st birthday during the 1986 edition in Mexico.

Talavera may not be Mexico’s first-choice shot-stopper, but he will be the oldest player at the World Cup. Despite often playing second-fiddle to Guillermo Ochoa, the veteran, who plays in his homeland for Juarez, has won 39 caps for his country, and this is his third consecutive World Cup squad appearance. However, he has yet to play a minute in World Cup matches.

Canadian captain Atiba Hutchinson will be the oldest outfield player at the 2022 World Cup. The Besiktas skipper has had a fine career in Europe, also turning out for Helsingborg, Copenhagen and PSV Eindhoven. The midfielder has racked up 97 appearances for Canada, having made his debut back in 2003, and has scored nine international goals.

Portugal’s iconic centre half is a divisive and controversial player, but nobody can argue with his record, and he will be the second-oldest outfield player at the World Cup in Qatar. Currently playing for Porto, he has earned 128 caps and played at three World Cup tournaments, scoring against Uruguay in 2018 in Russia, but was sent off during the 2014 tournament against Germany.

Strasbourg goalkeeper Kawashima is named in Japan’s World Cup squad for the fourth time, having appeared in 2010, 2014 and 2018, and is the second-oldest keeper at the tournament.  He has 95 caps for his country, and briefly played in the UK during the 2015/16 season, turning out 14 times for Dundee United in the Scottish Premiership.

Brazil’s legendary right-back is now plying his trade with Mexican side UNAM following a sensational return to Barcelona during the 2021/22 season. He is widely regarded as the most decorated footballer ever, having won 46 trophies in a glittering career.

He has 128 caps for Brazil, and this will be his third World Cup, having missed out in 2018 through injury.