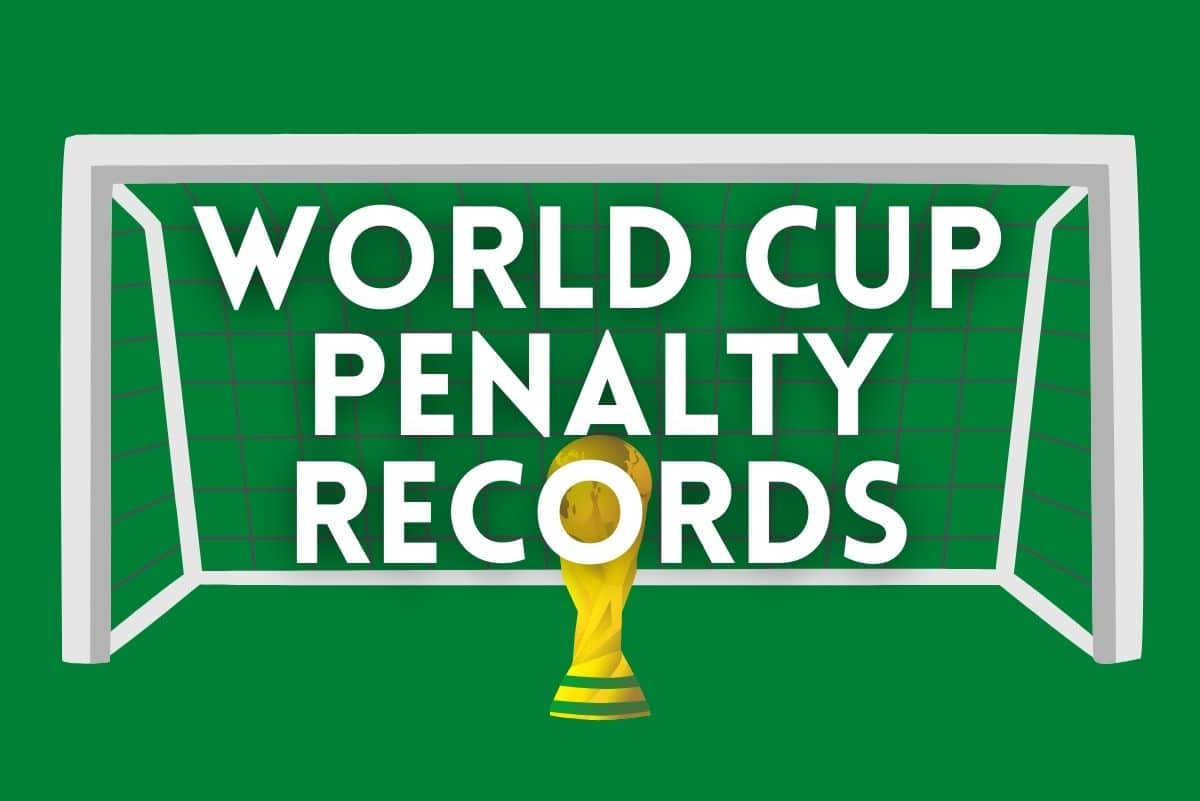 The dreaded penalty shoot-out. It’s the ultimate pressure moment. But that pressure reaches unprecendented levels if you factor in that you’re taking penalties for your country at the World Cup.

Some people call penalties a lottery. But as you’ll see from the penalty records of teams at the World Cup, some clear patterns certainly emerge.

Ahead of the 2022 World Cup, there have been 30 penalty shootouts at the tournaments. But, amazingly, only two have ever reached sudden death (West Germany vs France in 1982 and Sweden vs Romania in 1994).

Which Team Has Won Most World Cup Penalty Shootouts?

Germany and Argentina share the record for having won the most World Cup penalty shootouts, with each team winning four shootouts.

Of the 14 teams to have played in two or more World Cup penalty shootouts, only Mexico (0 for 2) and Romania (0 for 2) have never won a shootout. Three teams have lost 3 of their 4 World Cup shootouts: Italy, Spain and England.

Which Team Has Lost the Most World Cup Penalty Shootouts?

England, Spain and Italy have lost the most World Cup penalty shootouts, with each team having lost three (out of four) shootouts.