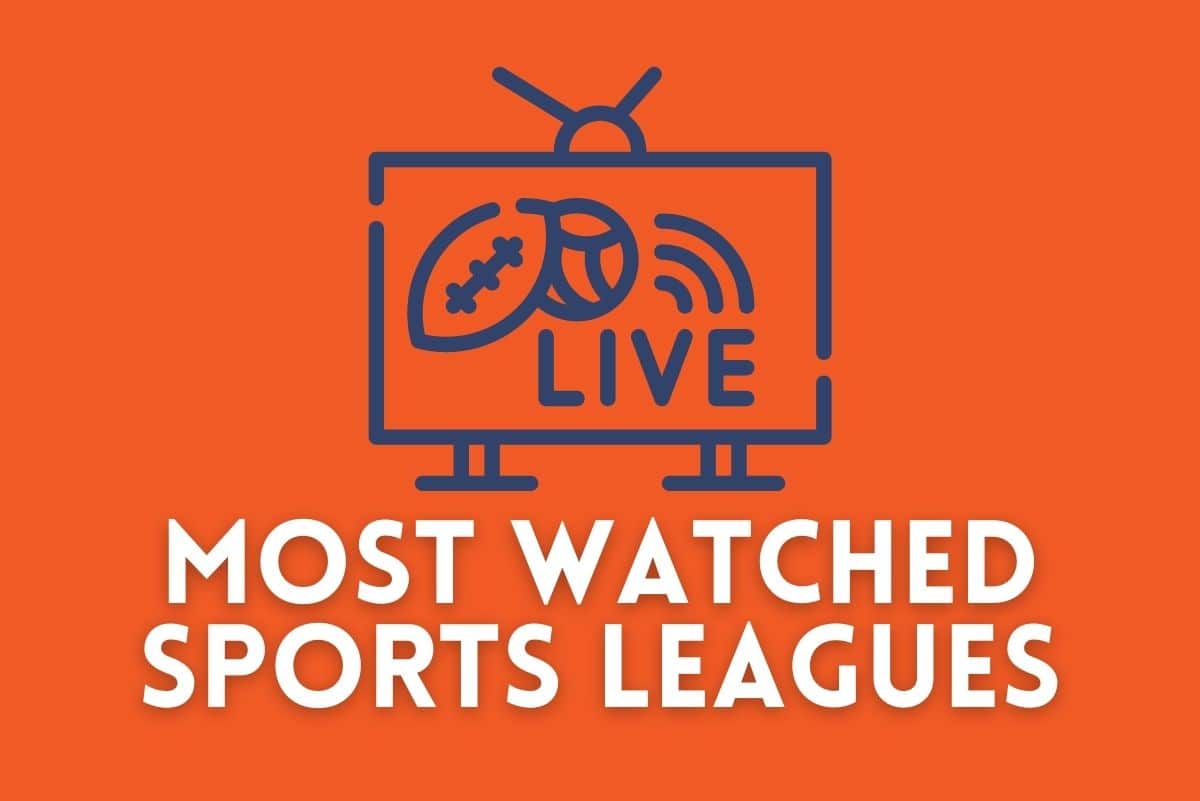 Football is watched all over the world but it isn’t the only game in town. In the good ol’ USA, American football is King. And in India, Cricket trounces all.

So which sport is the most popular in the world? And which leagues are the most watched around the globe?

Let’s take a look at some of the numbers.

Which Sport Has the Highest TV Ratings?

Cumulatively, football has the highest TV ratings in the world. The top divisions in Europe alone account for worldwide TV viewership in the billions. The English Premier League is number one when it comes to football league TV ratings.

Football has an estimated 4 billion fans worldwide. And when it comes to TV ratings, some of those not considered “fans” are also likely to tune in. The end result is massive viewership numbers for world football as a whole.

Cricket is the second most popular sport in the world with an estimated 2.5 billion fans worldwide.

Most Watched Sports on TV

The most watched sports on TV worldwide are football, cricket and cycling. For football, the combined viewership from leagues around the world easily puts it at the top.

Football as a whole still remains number one for global sports attendance and viewership. The World Cup reaches nearly 4 billion viewers every four years but that number is expected to rise.

The 2020 Euro Final between Italy and England drew over 31 million viewers from the UK alone. The average global viewership during the final was 328 million viewers, and the cumulative global audience for the entire tournament was 5.23 billion viewers. That’s about two-thirds of the world’s population!

Cricket TV ratings have recently been on a slight decline. However, that didn’t stop the 2021 ICC Men’s T20 World Cup (what a mouthful) from garnering over 167 million viewers from India alone. The T20 World Cup also totalled over 4.3 billion views for the entire tournament.

Most Watched Leagues on TV [RANKED]

What is the Most Watched Sport Event in the World?

Euro 2020 was the most-watched sporting event in the world with a cumulative global live audience of over 5.2 billion viewers. This number represents a nearly 45% increase from 2016 and eclipsed the total viewership of the 2018 FIFA World Cup.

The FIFA World Cup is typically the most-watched sporting event in the entire world. This is due to a number of factors including the sport’s global popularity and the relative rarity of the tournament.

FIFA has reported that the 2018 World Cup cumulative viewership was 3.5 billion. The viewership explosion of the Euro 2020 mentioned above simply dwarfs that number.

Tour de France is currently 2B to the World Cup’s 2B. The most recent cycling event drew a cumulative viewership of 3.5 billion viewers worldwide.

Regarding single matches, the 2021 UEFA Champions League final had an estimated global reach of 275 million viewers.  To put that into perspective, the NFL Superbowl of 2022 reported 112.3 million viewers worldwide tuned into the match.

Football may not keep the number one spot forever. The NFL and NBA continue to rise in global popularity. The NBA in particular has become very international boasting 92 international players from 39 different countries. It may be the sport of the future.

Other areas like women’s football and e-sports are rapidly rising in popularity. The reality is, no one can predict what will happen with viewership in the future. And that’s a good thing.