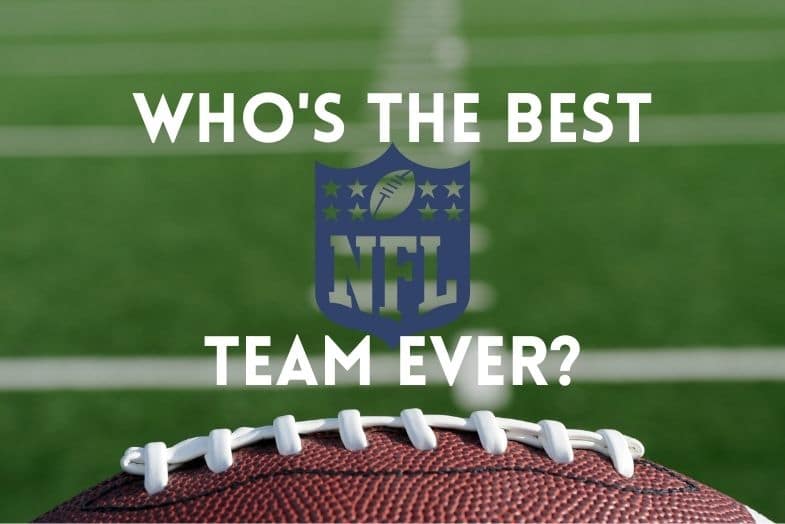 The NFL is one of the biggest sports leagues in the world. But who are the most successful NFL teams of all-time?

We all value the ultimate prize. We can say that success is both in the win to loss rate, or that it is in the championships. That is why today we won’t look at the overall NFL betting odds. Instead, we will look at the teams with the greatest win to loss records as well as the three top teams who have won the most Super Bowl titles, and would you believe, they are different.

We love prizes, our team slaying it at the Super Bowl, winning division titles, clinching home field through the playoffs, and winning conference championships. However, nothing quite beats glory at the Super Bowl each year. We love to hear our favorite team has decimated their opponent and is bringing home the Lombardi Trophy.

As we get deeper and deeper into the 2021-2022 season of the NFL, we want to know who the successful teams in American Football are, although, it is not looking all that likely that any of these guys will be taking home the Lombardi trophy this year with the current success of the Bucs and the Cardinals, there is still much to be seen.

So, let’s see who the legends of the past are and wager whether or not they will stay legends for years to come.

Before we get into who the most successful teams are, let’s have a look at the top 5 win-loss records in the history of the NFL.

Who are the Three Most Successful NFL Teams?

While there is much to be said about win-loss records, nothing quite says success like how many Super Bowl trophies a team has taken home, and that is what we really want to talk about, and what we know you really want to know.

There are three teams who have really been outstanding in how many trophies they have taken home; the Steelers, the Patriots, and the 49ers.

The Pittsburgh Steelers have been synonymous with success for the last 50 years of NFL action. One of the secrets to their outstanding success is their continuity at the head coaching position. They are the only NFL team who can say that every head coach they have had since 1969 has won a championship.

It began with Chuck Noll who started it off in 1969. In short order, with some stellar draft picking, their stable of talent went from beyond what their roster had been in their 36 years of existence. In the 1970s, they dominated the field. With QB Terry Bradshaw, RB Franco Harris, WR Lynn Swann, and their Steel Curtain defense they won four Super Bowls.

They had their fourth Super Bowl win in 1980 to end their epic 1979 season. It took them another 25 years to win their next season, though. Their head coach Bill Cowher had several competitive teams in the 90s and 00s but was not able to get over the hump, then in the ‘05 seasons, everything came together as the team surrounded their second-year QB, Ben Roethlisberger, with reliable veteran talent. They made an improbable playoff run and nailed the Seattle Seahawks!

In ‘08 Big Be had battled as one of the best QB’s in the NFL, and he went toe to toe with Kurt Warner and the Arizona Cardinals. With one of the most iconic throws in history, he made a play and clinched their sixth championship.

The Steelers’ success was drawn out, the Patriots, not so much. Had the NY Jets LB Mo Lewis not knocked out the Patriots starting QB Drew Bledsoe in the second week of the ‘01 NFL season, the two decades of Brady-related success would not have come.

After the ‘01 seasons, Brady and coach Bill Belichick went on to become the most epic quarterback-coach tandem team in NFL history. The Patriots shocked the world by making the Super Bowl and then defeating the St Louis rams in the game.

The Patriots became impressive record holders, recording Super Bowl wins against the Carolina Panthers, Philadelphia Eagles, Seattle Seahawks, and the Los Angeles Rams. However, their greatest triumph came with the Atlanta Falcons in Super Box LI. After they were down 28-3 in the third quarter, they started to chip away at the lead, starting with a James White touchdown catch from Brady.

The flood gates opened, and they made three more scoring drives in the fourth quarter and one more in overtime. It is one of the most legendary comebacks in NFL history.

It would seem Brady is somewhat a lucky penny!

The 49er picked up where the Steelers left off. They dominated the NFL in the 80s, with four Super Bowl titles in that decade alone!

They were coached by Bill Walsh, who is the godfather of the playstyle we know as the ‘West Coast Offense’. They also had QB Joe Montana, who led the team to two Super Bowl wins in the 1981-1982 season and the 1984- 1985 season.

Not that he needed any help, but they then paired Montana with the greatest all-time wide receiver Jerry Rice, who was selected in the first round of the ‘85 NFL Draft. He kicked his career into gear in ‘86, scoring 15 touchdowns through the air to go along with 1,570 receiving yards!

After Montana’s injury in ‘91, he departed, and in stepped Steve Young. He played well, but his signature season came in ‘94. Rice and Young made an incredible tandem team hat season, and they led the 49ers back to the Super Bowl that year when they scored the team’s 5th Super Bowl title.