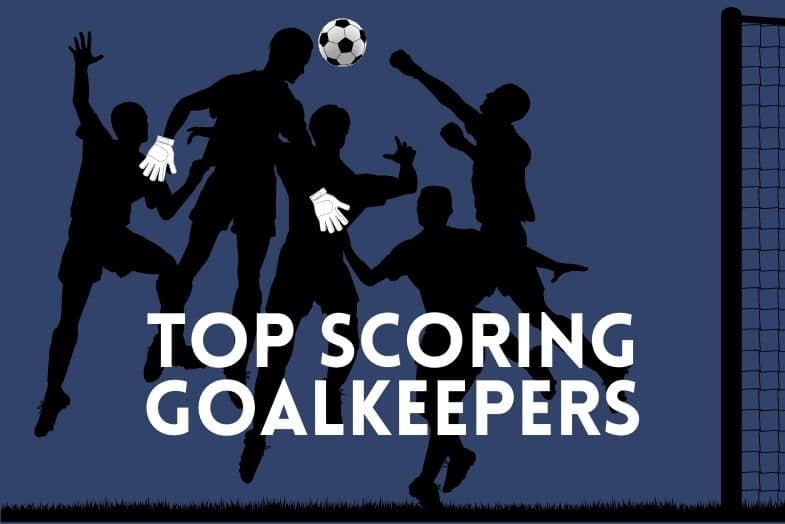 A goalkeeper’s job is to prevent his side from conceding goals with many vital saves from keepers often being seen as valuable as a goal itself. Although they produce heroic performances in the defence of the goal, there is rarely any expectation for them to help their attackers in scoring for the side.

Despite this, the Premier League has seen six goalkeepers score in the English top-flight since its foundation in 1992 with all of them earning a place in the EPL history books.

So which goalkeepers have found the back of the opposition net? And which goal is considered the greatest of the bunch?

Most Premier League Goals by a Goalkeeper [Top 6]

The first goalkeeper to ever score in the Premier League, EPL legend Peter Schmeichel found the back of the net in 2001. The then-Aston Villa keeper netted a stunning close-range volley in the 90th minute against Everton after he joined the attack for a corner.

Aston Villa eventually lost the game 3-2, however, Schmeichel’s contribution to the scoreline meant that his name would be remembered forever by Premier League fans.

Astonishingly, this was Schmeichel’s tenth goal of his career as a goalkeeper, having scored six goals in 78 games for Danish side Hvidovre and two goals for Brondby.

Former Blackburn goalkeeper Brad Friedel became the second stopper to score a goal in Premier League history when he netted a low effort against Charlton in 2004.

The American joined Blackburn’s attack and scored from open play in the 90th minute firing the crowd and his team into celebrations. However, the celebration was short-lived as Charlton would go on to win the game 3-2.

This would be Friedel’s only goal in 547 professional appearances, certainly making it one to remember for the American.

Scoring the first long-distance goal as a goalkeeper, Paul Robinson became the third stopper to find the net in the Premier League with his goal against Watford in 2007.

The then-Tottenham goalkeeper quickly took a freekick 88 yards away from the opposition goal, hitting a long effort that bounced over a helpless Ben Foster and into the goal thanks to the strong wind.

Another American goalkeeper on this list, Tim Howard became the fourth goalkeeper to score in the Premier League when he scored against Bolton in 2012.

The former Everton keeper’s long punt flew from his penalty area and bounced over 6ft 3inch Adam Bogdan who was also beaten by the strong wind that day. This was Howard’s only goal in 600 club appearances.

Holding the record for the quickest a goalkeeper has ever scored in Premier League history, Asmir Begovic became the fifth keeper to achieve the feat when his long punt found the back of the net in just 13 seconds.

A strong contender for the greatest of the six goals, the then Stoke City stopper fired the ball deep into the Southampton half with the bounce beating a stumbling Artur Boruc – who was in great form at the time.

Begovic respectively showed little emotion when celebrating this feat over his opposing goalkeeper however the Saints managed to walk away with a point as the game finished 1-1 in 2013.

Arguably the best of the bunch and the most recent goal from a goalkeeper in the Premier League, Liverpool goalkeeper Alisson Becker made history after scoring a 95th-minute winner against West Brom in 2021.

The Brazillian keeper joined the attack for a corner and managed to head the ball past the West Brom defence to secure all three points for Liverpool.

His goal was so impressive that Alisson received the Goal of the Season 2020-2021 award, making him the first goalkeeper to win the prize. He also became the first-ever Liverpool goalkeeper to score a goal, cementing himself in the history books of the club and the Premier League.