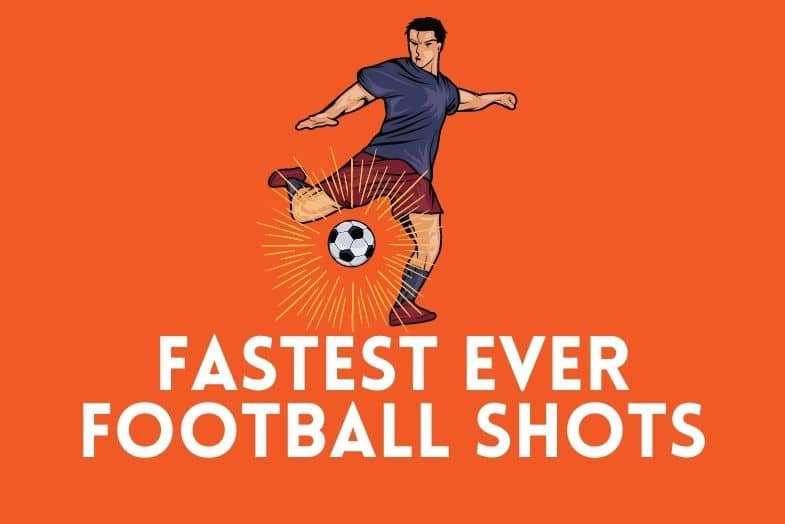 Many football fans not only watch the game but have played it on some level themselves. It’s that love of the sport that keeps us coming back for more but even at a young age we understand there are levels to those who play it. From the playground to P.E. classes, most of us could tell which of our friends and classmates had potential.

But, being head and shoulders above everyone in terms of superior speed, skill, fitness and positioning doesn’t take the great leveller into consideration – those with dynamite in their boots. There was always that one kid on the playground whose shots you did not want to be in front of. Many of those kids grew up to become the pros with the most powerful shots in football.

The holder of the fastest recorded shot from open play in football history is Arjen Robben at 118 mph. The Dutch forward struck a vicious volley from outside the box for Real Madrid in a pre-season friendly against Borussia Dortmund.

Free kicks give players the chance to take a run at the ball, often resulting in a super powerful shot. The fastest recorded free kick is 130.5 mph by Ronny Heberson during his time playing for Sporting CP.

What’s the Fastest a Football Has Been Kicked?

The fastest recorded kick of a football is by Ronny Heberson when he scored a bullet free kick for Sporting CP. His powerful shot was recorded at 130.5 mph. Although the fastest shot was a free kick, the fastest shots in the world are a broad mixture of both set piece shots and open play strikes.

Unfortunately, there aren’t football speedometers around the world’s football pitches, meaning that not every kick in football is measured for speed. If they were, there is a chance that other kicks like clearances, goalkeeper punts and crossfield passes could rank among the fastest kicks in history.

How Fast Can Hulk Kick a Ball?

Although he is sure to have struck the ball harder, Hulk’s fastest recorded kick is 67 mph. Hulk gained a reputation for a hard-hitting striker of the ball, even starring in a viral video where he appears to hit a football so hard it smashes into smithereens.

How Fast Can Ronaldo Kick a Ball?

Cristiano Ronaldo has long been feared for his shooting ability across the pitch. His long-range striking is truly impressive and his record is a whopping 80.8 mph. Any time Ronaldo approaches the box with the ball it’s essential that he be closed down or defenders risk seeing the net bulging.

How Fast Can Messi Kick a Ball?

Lionel Messi, regarded as the greatest player of all time has a fearful shot among his stacked arsenal of footballing weapons. His fastest shot on record is 90 mph and, considering the accuracy with which he often strikes, it’s easy to see why his goalscoring record is so immense.

The player with the title of fastest shot in football history is Ronny Heberson at 130.5 mph. Ronny Heberson, a defender, was playing for Sporting CP in a league game against Associacao Naval de Maio when he rifled in a ferocious free kick from the edge of the area.