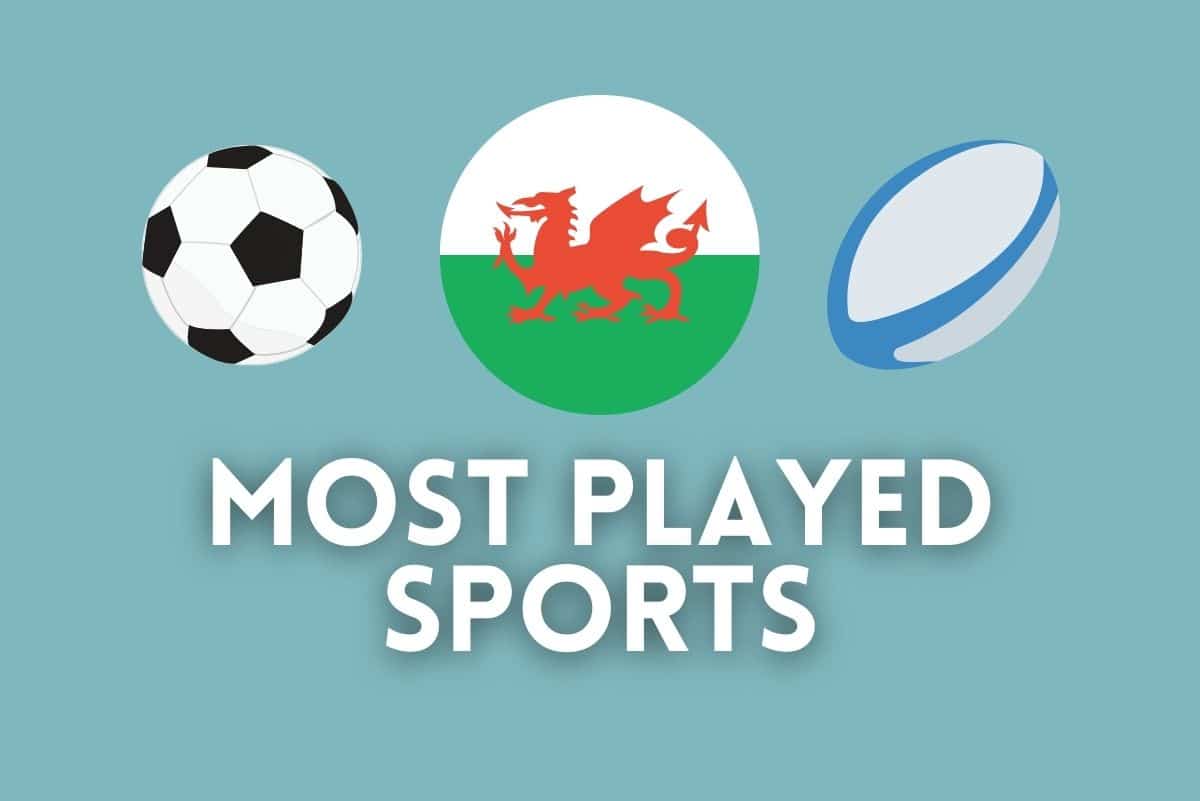 Welsh football is back on the global stage due to the country’s first appearance at a World Cup since 1958.

And while the likes of Gareth Bale and Aaron Ramsay might be household names, football isn’t necessarily viewed as the country’s national sport.

Wales has produced top performers in a number of sports over the years, including rugby union legend Gareth Edwards, snooker world champions Ray Reardon and Mark Williams, Olympic medal-winning hurdler Colin Jackson and one of the greatest boxers of the modern era in Joe Calzaghe.

But which sports are played most in Wales, and which are most popular?

What is Wales’ National Sport?

Traditionally, rugby union has been viewed as the Welsh national sport, and has a special place in the nation’s psyche. However, an independent poll conducted in 2022 showed that football had overtaken rugby in terms of popularity for the first time.

Thus, there is a debate in Wales regarding what can actually be seen as the national sport, as fans of both football and rugby union now stake a claim for being Welsh national sport.

Most Played Sports in Wales [RANKED]

There are 90,000 registered football players in Wales, along with 18,000 volunteers who help run leagues all over the country, while many more thousands of people play the game socially, meaning it is the most played sport in Wales.

The Football Association of Wales has unveiled plans to boost participation further, aiming to have 120,000 registered players by 2026, while a UEFA report has found that the grassroots game in Wales is worth over £550 million to the economy.

40% of children in Wales play football in some form, while 17% of adults still play.

Furthermore, an independent study showed that 47% of Welsh people “followed” football, slightly more than rugby, which had 45%.

The Welsh Rugby Union say that this 70,000+ number is an increase on pre-Covid numbers, particularly at the grassroots level, with more teenagers playing than ever before.

In total, 8% of adults in Wales say they play rugby union, while 14% of children play the sport.

According to Sport Wales’ most recent report, there are 88,000 people playing golf in Wales, and there are over 200 golf courses in the country.

The first amateur golf tournament was held in Wales back in 1895, and golf club membership in the country is soaring post-Covid, having increased by 13% in 2021 according to Wales Golf.

Most Popular Sport in Wales

Although officially the third-most played sport in Wales, rugby union is still widely thought of as the country’s national – and most popular – sport, and plays a huge role in the Welsh national culture.

The Millennium Stadium in Cardiff is regularly packed with over 74,000 rugby fans belting out the national anthem ‘Land of my Fathers’ prior to Six Nation matches.

Football, golf, cricket, swimming and athletics are also highly popular according to Sport Wales.But given modern changes in watching and participating in a wider range of sports from around the world, who knows what the situation will be in future in terms of Welsh – and worldwide – sport popularity.