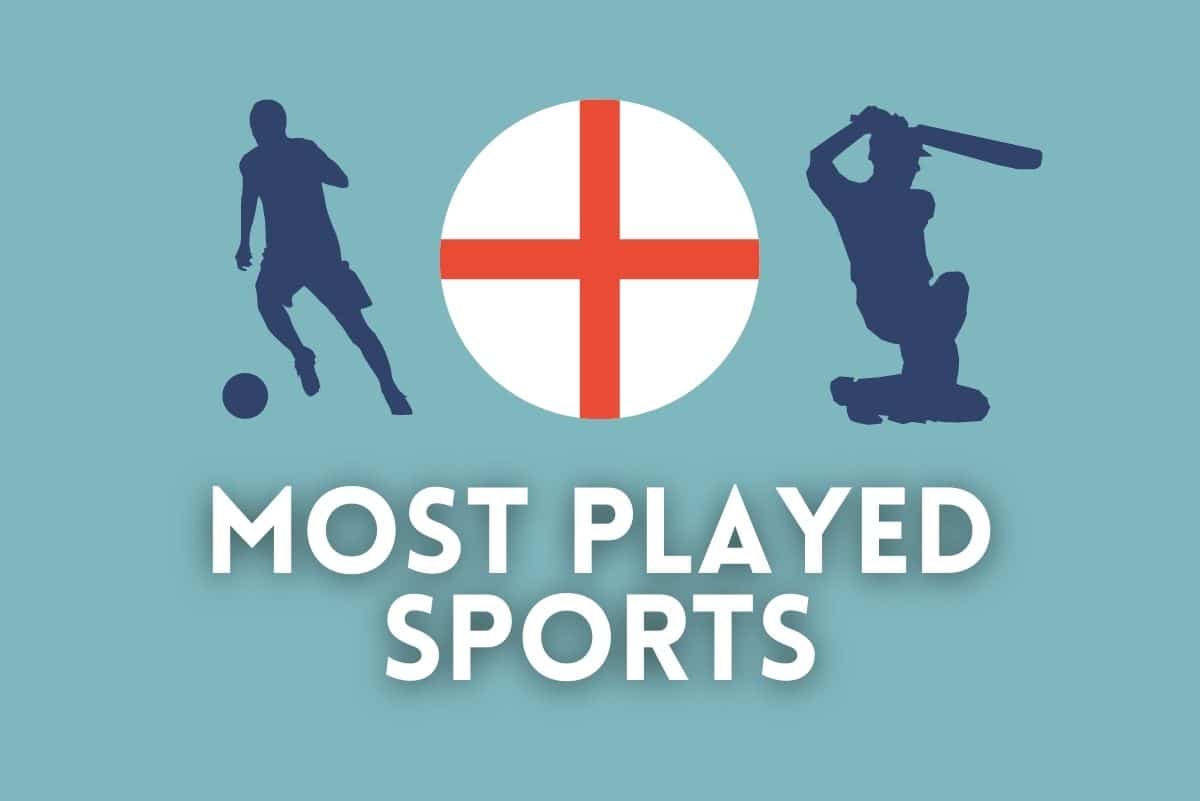 With millions of people taking part in it every year, sport has become one of the most important aspects of life for many people in England.

From individual competitions like tennis and golf to team sports such as rugby and football, the wide variety and diverse nature of sport has seen it excel in England not just in viewership but participation also.

It is estimated that roughly 63% of the UK watches or participates in sport, with an estimated £39 billion generated through sports in England alone.

But which sport is played the most in England? And is the most played sport also the most popular in the country?

What is England’s National Sport?

Although football is widely considered the nation’s most popular sport, cricket is England’s official national sport.

There are 18 professional cricket countys in England/Wales with 17 of them being in England, the 18 countys are divided into two groups of nine and play each other once.

Most Played Sports in England

As the most popular sport in the country, football is played by over 2 million people in England. There are 69 professional football clubs in England with the English Football Association having over 5,000 members.

Despite football originally having the reputation as a sport for everyone regardless of wealth, the sport can be an expensive passion in modern-day England. The average English fan spends around £500 on football per month with tickets, merchandise and travel all increasing in prices every year.

Similar to football, cricket can be an expensive passion with the average English fan spending nine percent of their yearly salary on the sport.

As one of the most popular sports in England, rugby union is the third most played sport in the country with over 380,000 people playing the sport as well as 138,000 professional players across 1809 clubs.

Most Popular Sport in England

Alongside being the most-played sport in the country, football is regarded as the most popular sport in England with a TV viewing of 46% and over 27 million fans – roughly 40% of the country.

The Premier League boasts an incredible viewer figure of 4.7 billion people during 2021-22, the highest of any sports league in the world. Even England’s second tier (EFL Championship) sees over 200,000 people view each game further emphasising the dominance of the sport in popularity in England.